Since then, the troublemaker has been involved in a long-standing feud with younger brother Ellis (Asan N’Jie), which led the youngster being stabbed during the Big Night Out episodes and recently being caught up in the Sharma factory fire.

Most recently, Billy has been seen growing closer to loveable rogue Dawn Taylor (Olivia Bromley) with the factory worker confessing her feelings for the village heartthrob.

However, his new found romance could be instantly extinguished as Jessie actress Sandra announced she was leaving the soap last month and Ellis star Asan’s contract was terminated earlier this week.

Al had been encouraging Jessie to take on a teaching job in Dubai and although she had an interview, it’s yet to be revealed whether the love rat will be accept the position.

Following the termination his contract following an altercation with a fellow soap star at the TV Choice Awards on Monday night, it has been reported actor Asan’s exit could see his character Ellis leave with mother Jessie.

Fans of the soap have since taken to Twitter and are now fearing Billy and newcomer Al will also be written out, wiping out the Fletcher/Chapman clan.

One viewer wrote on the micro-blogging site: “With Jessie already leaving and now them sacking Ellis I really hope they don’t just get rid of the whole family and write Billy out of the show Emmerdale.”

Another added: “I wonder if what happened at the TV awards will affect the actor that plays Ellis’s brother. With Jessie leaving too I’m wondering how they will keep him in without his family.” 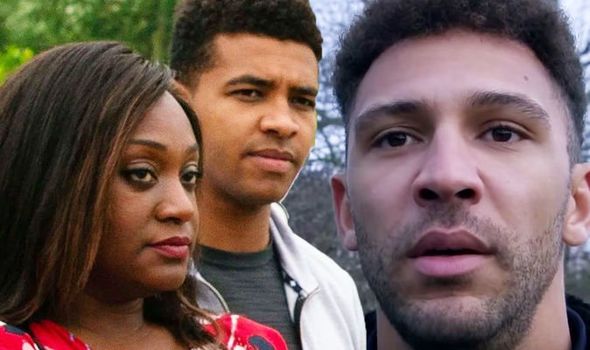 Is Billy gonna be staying? [sic]

While a third asked: “So is Billy gonna be staying when Jessie and now Ellis goes?”

Viewers will have to keep their eyes peeled as to if Billy leaves in a triple exit shock, but Ellis star Asan has spoken out about the incident at the TV Choice Awards involving Hollyoaks actor, Jamie Lomas.

In a statement released by Emmerdale, a spokesperson told Express.co.uk: “Emmerdale suspended Asan N’Jie yesterday pending further investigation into an incident at a central London hotel on Monday night.

“ITV executives have met with him this morning and as a consequence Asan’s contract has been terminated with immediate effect.”

The actor said of his behaviour: “My behaviour at the TV Choice Awards was completely unacceptable and very much out of character.”

Asan continued: “I sincerely apologise to everybody who has been affected especially Jamie Lomas, the whole Emmerdale team, our audience, ITV, my family, and the organisers of the TV Choice Awards.

“I am devastated, accept full responsibility for my actions and I am determined to learn from this.”

Elsewhere in the Dales, Moira Barton (Natalie J. Robb) is continuing to play with fire as she pursues a steamy affair with Nate Robinson (Jurell Carter).

The pair were almost caught out last night as the farmer was surprised to see her son Matty Barton (Ash Palmisciano) return home early, meaning she and Nate had to hide away until the coast was clear.

As Moira debated whether her relationship with husband Cain Dingle (Jeff Hordley) was worth destroying, Nate looked more annoyed than ever with his lover, so could he take revenge on the farmer for betraying him?