Emmerdale announced late last year there would be two new characters joining the ITV soap, vicar Charles (played by Kevin Mathurin) and his son Ethan (Emile John). Charles was on-hand to step-in for Harriet Finch (Katherine Dow Blyton) at the church on Christmas Day and conducted the union of Paddy Kirk (Dominic Brunt) and Chas Dingle (Lucy Pargeter). However, some fans now think they’ve rumbled why Charles is really in the Dales, believing he is an undercover cop with links to DI Malone (Mark Womack).

DI Malone was killed by Harriet and Dawn Taylor (Olivia Bromley) after the corrupt police officer tried to coerce the latter into taking drugs.

The pair have since been involved in a risky cover-up which has seen them nearly exposed on multiple occasions.

However, with Harriet’s job now at risk after an altercation with a parishioner over her father’s exhumation, it seems newcomer Charles could find out the truth.

On Christmas Day, Harriet was unable to perform the ceremony for Chas and Paddy after faking an illness. 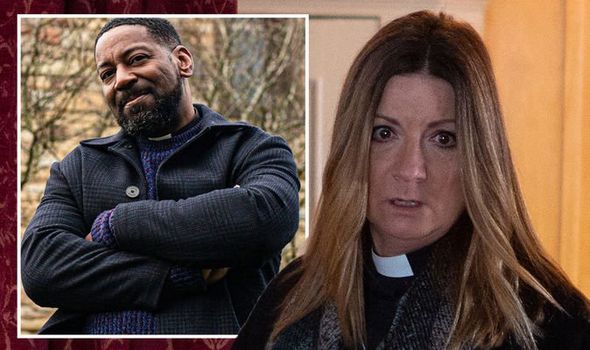 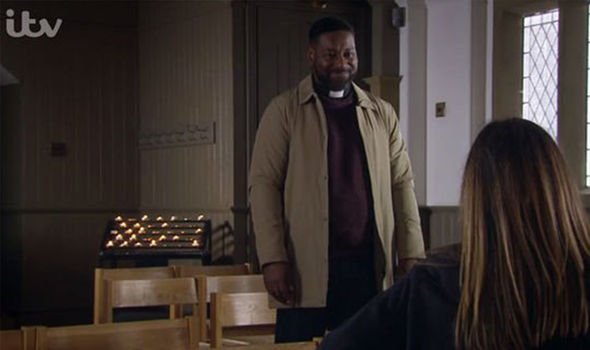 Luckily, Charles was on-hand to do so and the pair were finally joined together after months of turbulent setbacks.

Today, Charles returned as it’s clear he won’t be going anywhere in a hurry.

But something about his character left fans wondering whether there was more to the charming vicar than first appeared.

Charles was seen probing Dawn on Harriet and asking about the vicar’s past. 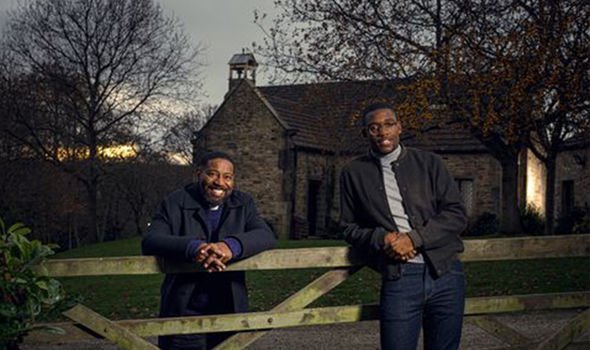 Emmerdale: Billy finds out about Dawn and Ellis

And the incessant question asking led some of those watching at home wondering whether Charles is in fact an undercover cop.

Taking to Twitter during tonight’s episode, one fan asked: “Is the new Vicar in @emmerdale an undercover cop? #Emmerdale.”

Another agreed: “Beginning to think this new vicar Charles is also an undercover detective/friend of Malone. Why else does he keep popping up? Maybe Chas and Paddy’s wedding is not legal! #emmerdale.”

A third shared: “I reckon the new vicar is an undercover cop! Although, I do like him, a lot… #Emmerdale @emmerdale.”

Another wrote: “You mean a copper is pretending to be a vicar? …. No one will believe that #emmerdale.”

“I feel this vicar is undercover – something about him #emmerdale,” commented a fifth fan.

It’s not yet clear whether fans are right on this particular potential plot twist.

But with Harriet and Dawn still worried about their future, it may be in their best interests to try and stay on the right side of the new vicar.

Could it be possible Charles is really working for the police and trying to find out more about Malone’s strange disappearance?

Elsewhere, Charles will soon make a friend in the form of Rhona Goskirk (Zoe Henry) after he explains he needs somewhere to stay.

Rhona offers Charles a room in her house to rent but could she unwittingly end up becoming embroiled in the plot to find out what happened to Malone if fans’ theories are correct?