Emily in Paris has quite a romantic conundrum on her hands in Season 2 of the Netflix comedy (premiering Wednesday, Dec. 22). After hooking up with her neighbor Gabriel, the titular marketing exec has found herself in a very awkward situation, seeing as how he’s decided to stay in Paris after all, and his ex-girlfriend Cami is also Emily’s pal.

“It is complicated because Emily’s relationship with Gabriel is something that she didn’t really plan to fall into, and in a way, she’s trying to clean up the mess she created at the end of Season 1,” showrunner Darren Star tells TVLine. “She certainly never meant to betray a friend, and Cami is her friend.”

As Emily tries to hold onto her friendship with Cami, while maintaining her distance from the man they both care for, the dynamic between Emily and Gabriel becomes “very fraught,” Star shares. “There’s strong feelings on on all sides. It’s a triangle. It’s difficult for all of them in terms of managing their feelings for one another.” 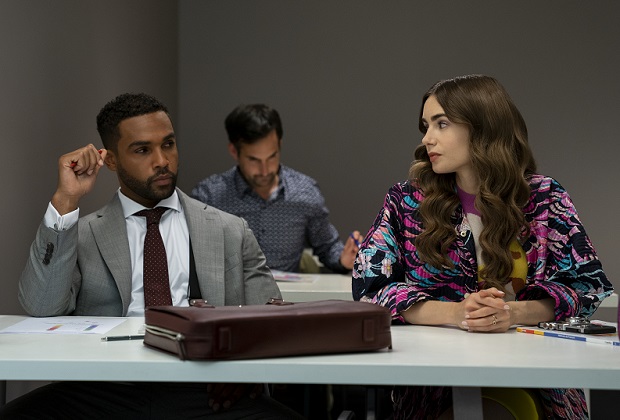 In the second season, that love triangle expands into a love square when Emily meets charming cynic/Londoner Alfie (played by Katy Keene‘s Lucien Laviscount) in her French class. “It certainly isn’t a love match when they [first] meet up, at all,” Star previews. “They’re very different, and they have these very opposing impressions and experiences of Paris. As the season progresses, that relationship takes some surprising turns for Emily.”

Romance will also be in the air for several other characters, who get more time in the spotlight now that the series has expanded its scope. “The show became bigger this season because we got to spend time with all the cast that we didn’t get to see and really explore in Season 1,” Star notes. 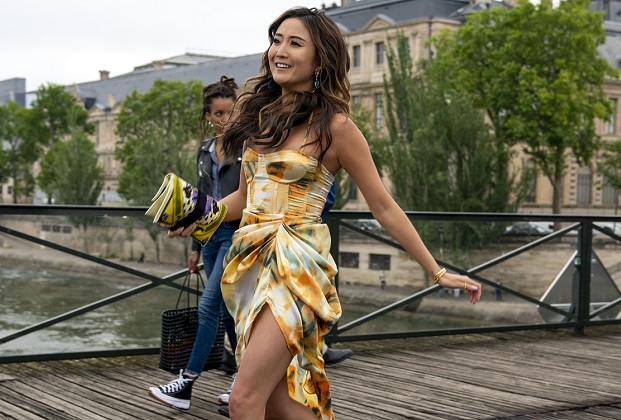 For starters, viewers can expect big things for Emily’s BFF/roommate Mindy, who belts out several memorable musical performances in the second season (including an original tune by songwriter Freddy Wexler).

“I’m such a huge fan of [her portrayer] Ashley Park, and Season 1, seeing her singing, seeing her just explode as a character and how much she brought to the show, I just love her,” Star raves. “I just love that character and wanted to, personally, spend more time with her and follow her on her journey, because she has her own dreams.” 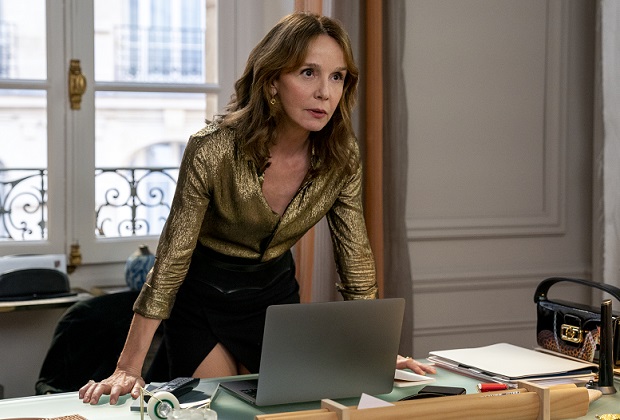 The upcoming episodes also offer insight into who Savoir’s fierce boss Sylvie Grateau is outside of her work. “I just really wanted to dig into Sylvie as a character and learn a little bit more about her,” Star says. “I think anybody who has that hard of a shell, always, is masking a lot of vulnerability, and Sylvie, deep inside, has so much vulnerability that she has to protect herself. And we finally get through some of those layers in Season 2. Emily cracks it a little bit. She learns some secrets about Sylvie.”

Emily in Paris fans, what are you most looking forward to in Season 2? Hit the comments to tell us!