Home » TV & Movies » Elvis proposed to co-star Debra Paget ‘Never got over her’: Priscilla even looked like her

Elvis Presley stars in trailer for 1956 film Love Me Tender

On June 5, 1956, Elvis met young actress and dancer Debra Paget on the Milton Berle Show. It was The King’s second appearance on the popular national TV show and provoked a horrified outcry from critics and conservative viewers. The 21-year-old rising star had put aside his guitar and showed the world his signature dance moves for the first time in a now-iconic rendition of Hound Dog. While Berle himself got in on the act, gleefully imitating Elvis’ pelvic gyrations, outraged publications branded him “obscene” and demanded a boycott. Naturally, this simply sent the singer’s career stratospheric. Debra, however, was too focussed on her own dance routine on the show to pay Elvis that much attention, not knowing she would find herself starring opposite him in his first film role just months later. HOwever, she gamely played along with a skit, pretending to scream with excitement when they were introduced in the show. WATCH THE MOMENT ELVIS MET DEBRA PAGET BELOW

Debra was already an established Hollywood star at 22, with 19 films under her belt. That same year she also starred opposite Charlton Heston and Yul Brynner in Cecil B DeMille’s Biblical epic The Ten Comandments.

Love Me Tender was The King’s first movie – and the last time he appeared with his natural, lighter hair colour. It would set the pattern for most of his big screen career. Originally titled The Reno Brothers, its name was changed when the soundtrack ballad sold over a million copies. The King’s role was also expanded.

Unusually, there was no on-screen kiss but a smitten Elvis made sure there was a very passionate, lip-locked embrace in the promotional images. 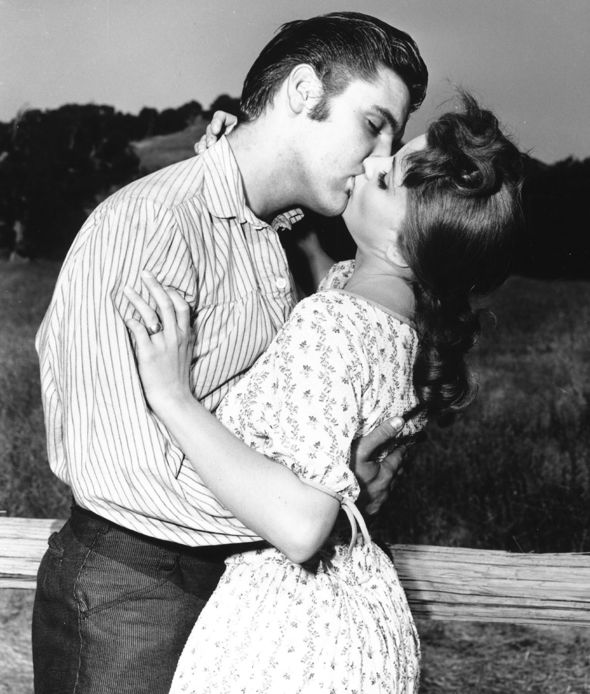 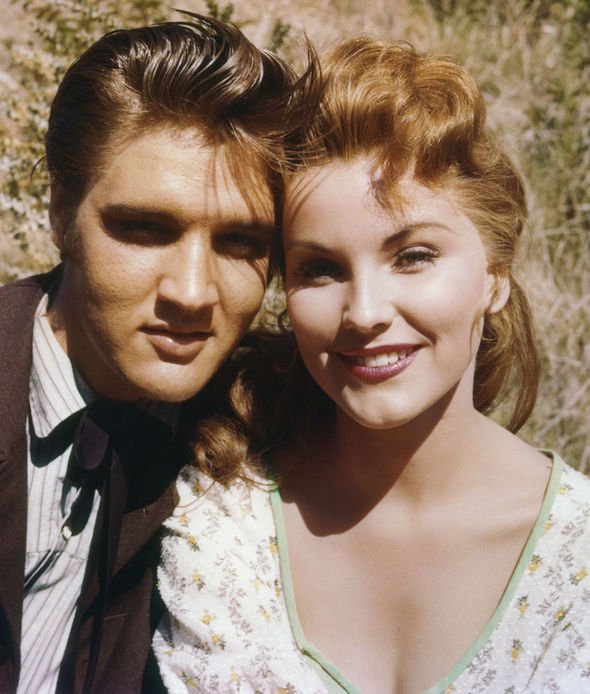 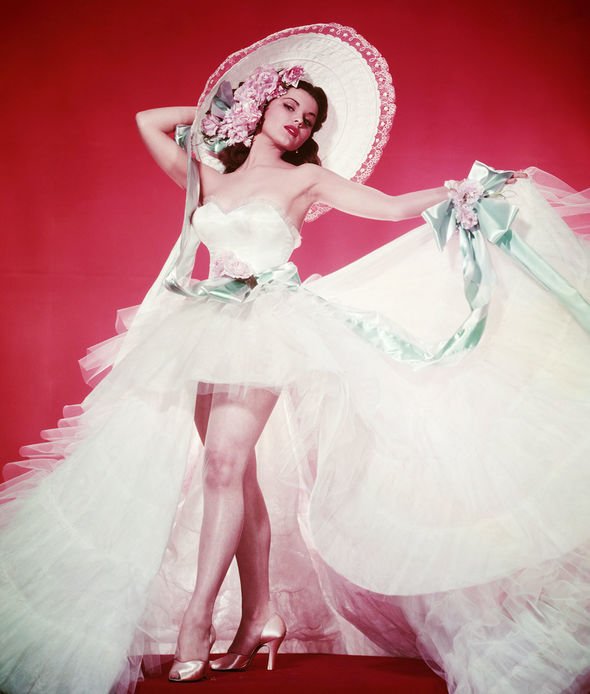 Like many of Elvis’ co-stars, Debra later commented that he could have been a very fine actor If he had been given meatier roles. And like so many of his co-stars, she also found herself pursued by him. But she was the first and, many believe, set the template for Elvis’ “obsession with the ‘Debra Paget look.'”

It was even reported that young Priscilla Beaulieu updated her hair and make-up when she heard about it.

Elvis soon established a pattern that would follow him on every film set “reportedly flirting with Paget almost from day one and following her around the set like a lovesick puppy.”

DON’T MISS
Elvis: June Carter Cash’s son on her ‘secret affair’ with The King
‘Elvis DIDN’T want to marry Priscilla’ so why did The King do it?
Elvis and Blue Hawaii star ‘We lived together. he wanted to marry me’ 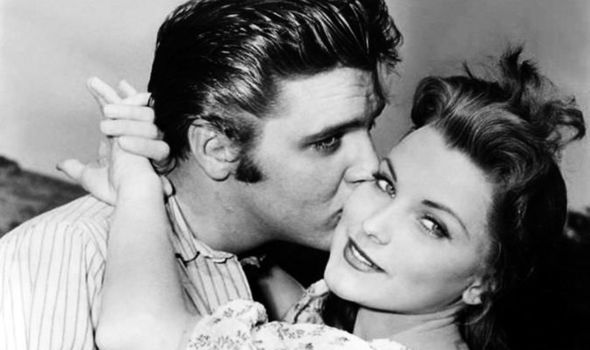 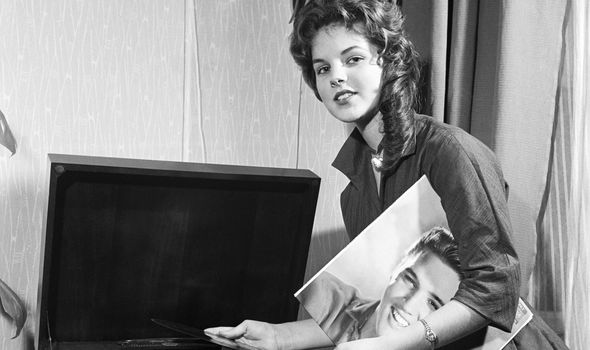 She later recalled in 1997: “I was very shy, very quiet and very immature for my age. I was in my very early 20’s but I was emotionally more like a 16 year old. Elvis and I just sort of came together like a couple of children really.”

Debra also took him home to meet her parents who he charmed with his manners, leaving the room once to go and get Mrs Paget a chair: “From the time he first came to the house,my folks considered Elvis a member of the Paget clan – which I believe, he reciprocated. I had the feeling that our closely-knit family life resembled his own.”

The besotted star would even drive over at night and park nearby, watching the house. 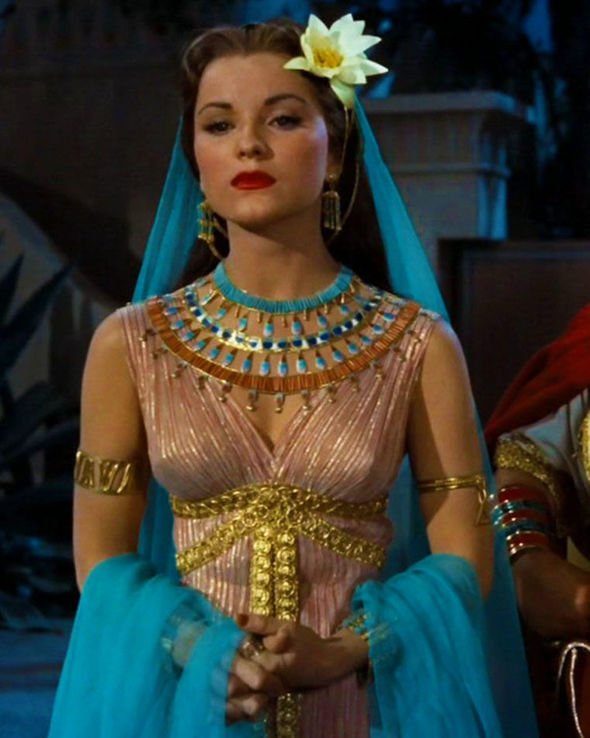 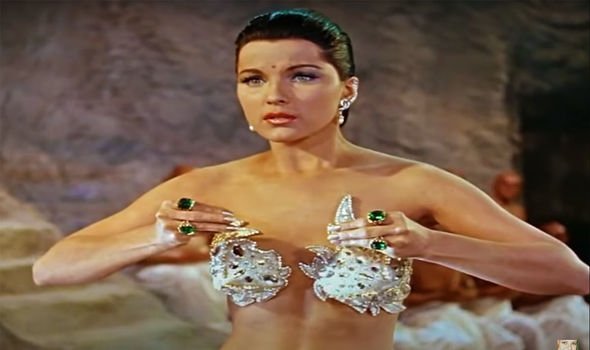 Elvis thought Debra was “the most beautiful girl he had ever seen.”

Like him, she was deeply religious but also had a wilder side – which would be exposed three years later in one of the most provocative scenes ever seen on screen at that time. SCROLL DOWN TO WATCH

In 1997 Debra added: “Following the film, he did ask me to marry him but my parents objected to my getting married. I cared about Elvis, but being one not to disobey my parents, that did not take place.”

In fact, she was actually already engaged in a two-year affair with the billionaire industralist and film producer Howard Hughes – a man far more rich, famous and powerful than Elvis.

But Debra always spoke highly of Elvis in the following years, saying: “He was a precious, humble, lovely person. Elvis had a lot of talent; there was a lot of depth they never used. He could have been a fine actor.” 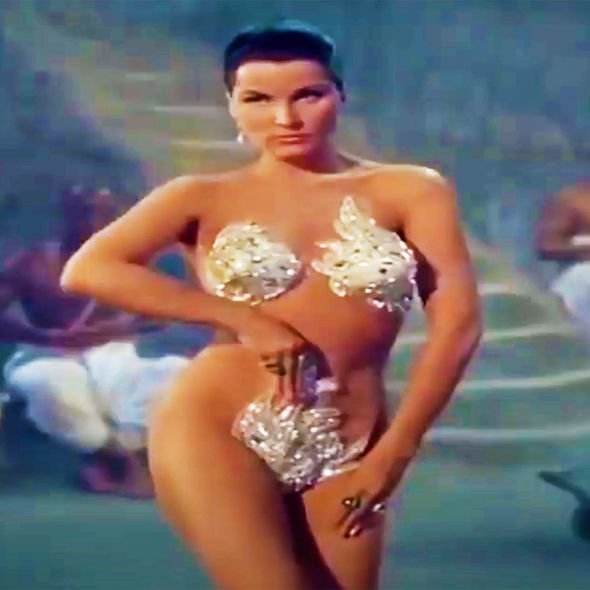 In 1958, Debra travelled to Germany to film Fritz Lang‘s epic two-part historical Indian saga, The Tiger of Eschnapur and The Indian Tomb. The latter contains an extraordinarily daring (for the time) snake dance sequence, where the star appears to be almost entirely naked.

Back in the US, her career was in decline with diminishing film roles and a few TV appearances, mainly in Westerns like Rawhide and Johnny Ringo.

Her parents might not have wanted her to marry Elvis, but she made two short-lived mistakes – a four-month marriage to actor David Street in 1958, followed by an even shorter marriage to director Budd Boetticher, from who she separated after just 22 days. 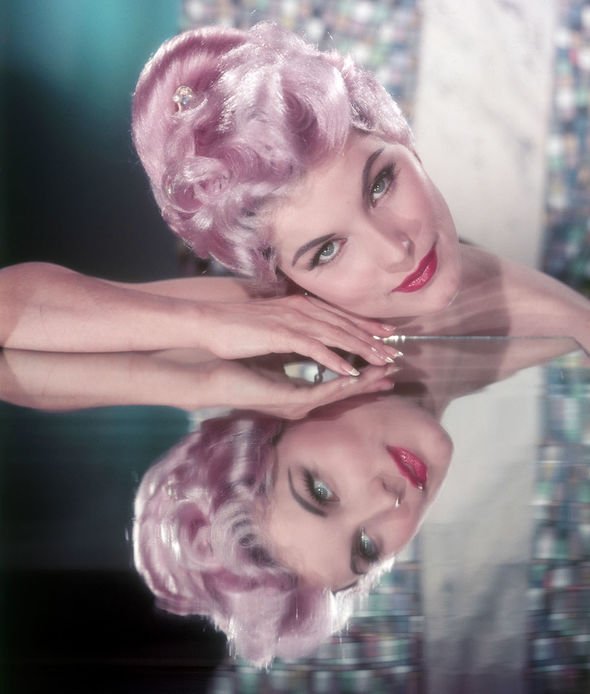 Her third and final marriage lasted much longer. In April 1962 she married American-Chinese oil magnate Ling C Kung and entered a world of extraordinary power and wealth.

Her husband’s father HH Sung was the richest man in early 20th-Century China. His aunt Madame Chiang Kai-Shek was First Lady of the Republic of China, who Life Magazione called “the most powerful woman in the world.”

Debra had one son, Gregory Teh-chi Kung. Her husband’s position and her new family prompted her retirement from acting in 1964, although the marriage ended in 1980.

She never reamrriaed or returned to showbusiness but became a born-again Christian in the mid-1980s and worked on numerous faith-based projects including hosting her own show on a Christian network.