ELLIOTT Wright has admitted that the blaze at his beloved Costa del Sol restaurant couldn’t have happened at a worse time.

The former The Only Way is Essex star, whose dad Edward died last month after a long Covid battle, spoke after visiting his restaurant to pick up paperwork. 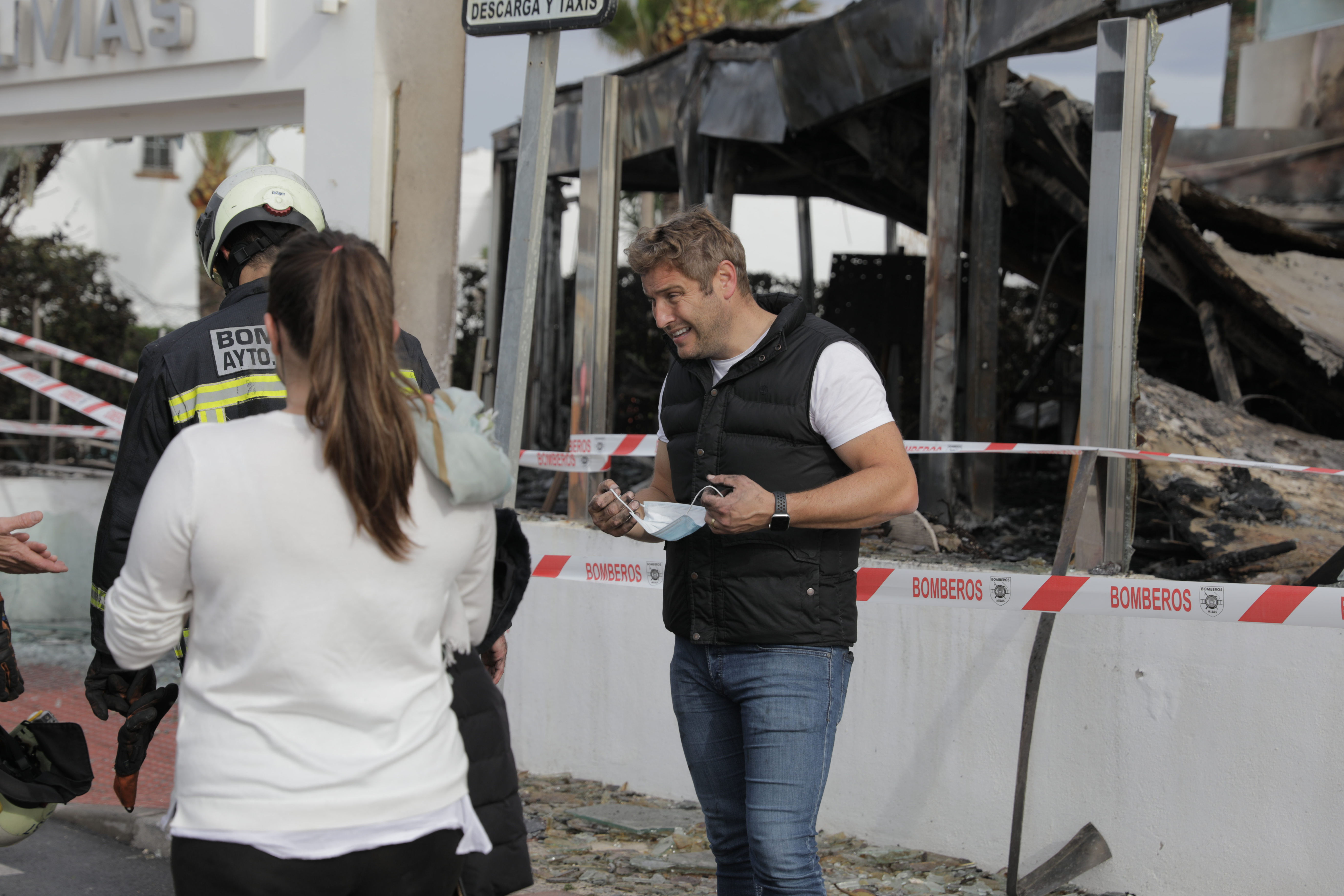 He was made to don a fireman’s jacket and helmet by firefighters for safety reasons before being allowed to go inside to collect material.

Speaking as he left Oliva’s La Cala near the seafront at popular expat and holiday area La Cala de Mijas near Fuengirola, he said: “We don’t yet know why it’s been burnt down.

“The awful thing is that it’s happened three weeks before we were due to start earning money after a hard two years.

“But you know, it’s one of those things and I won’t be beaten. I’ve built it before and I’m going to rebuild it better.” 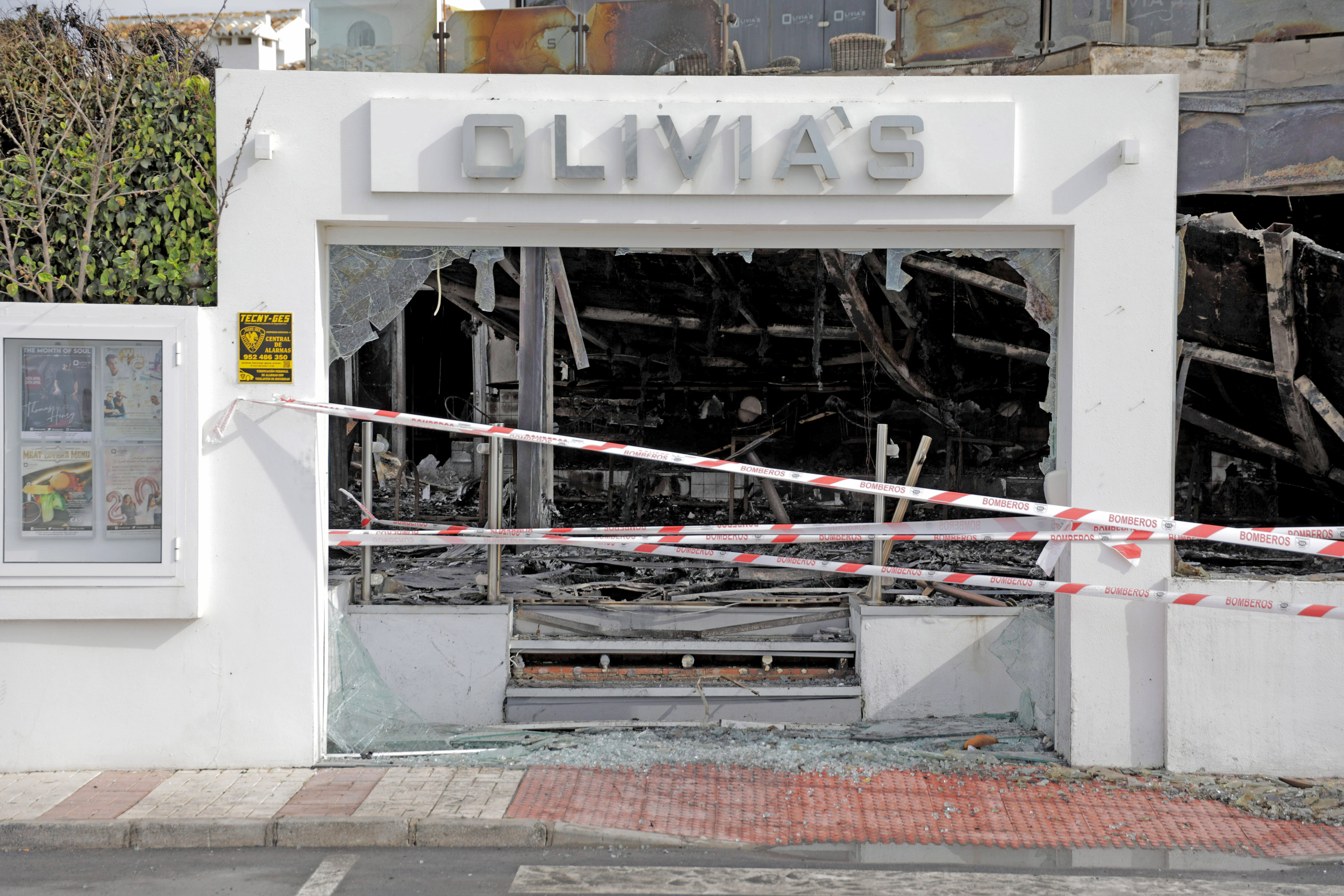 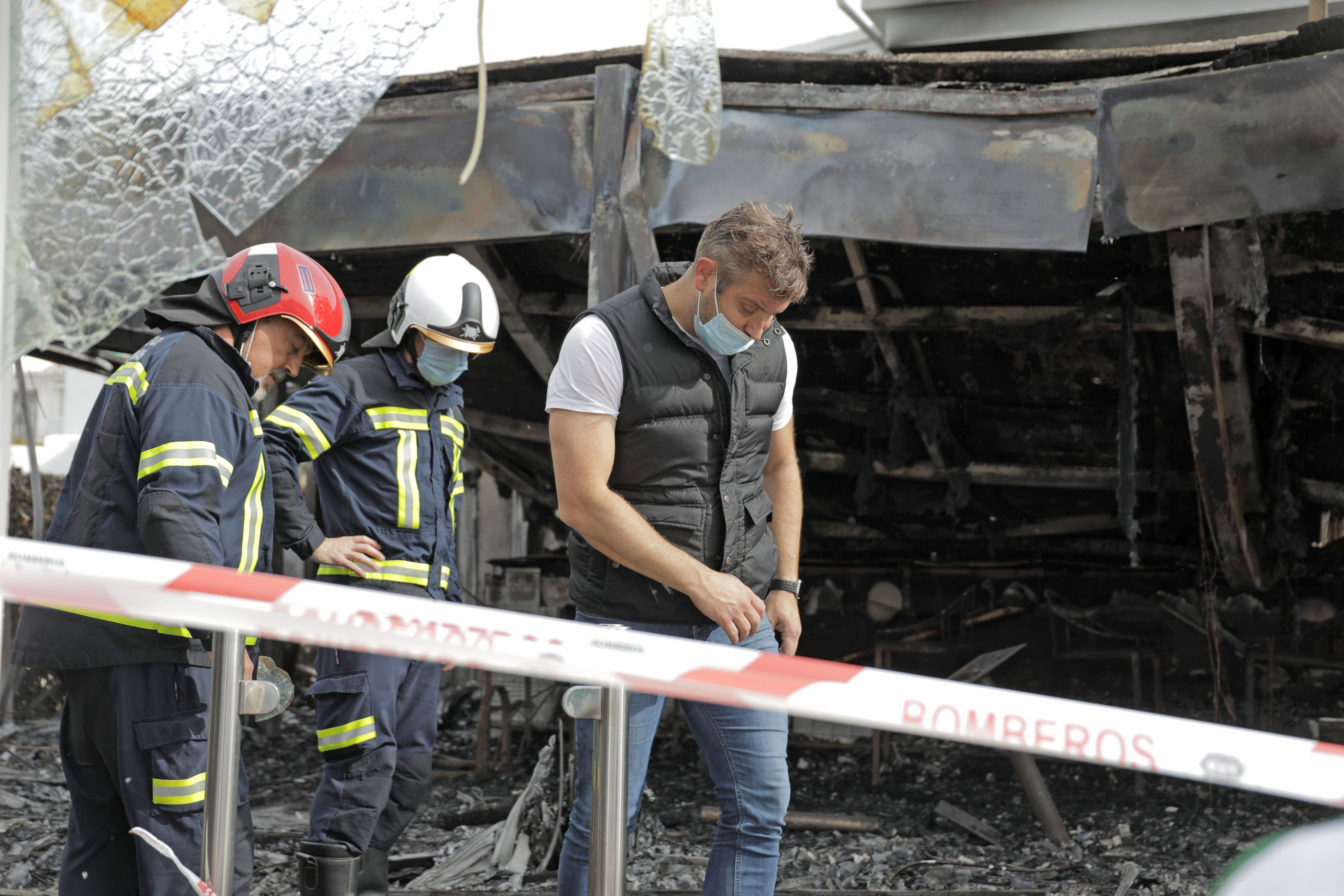 Asked what he thought the cause of the fire could be, he said: “I’ve no idea. I’ve no idea what started it.

“We’re obviously going to investigate that but hopefully we’ll be able to reopen in a month or a couple of months.

Insisting there was no reason to suspect someone had deliberately targeted his eaterie as part of an arson attack, although there is no evidence at this stage to suggest the fire was deliberately started. 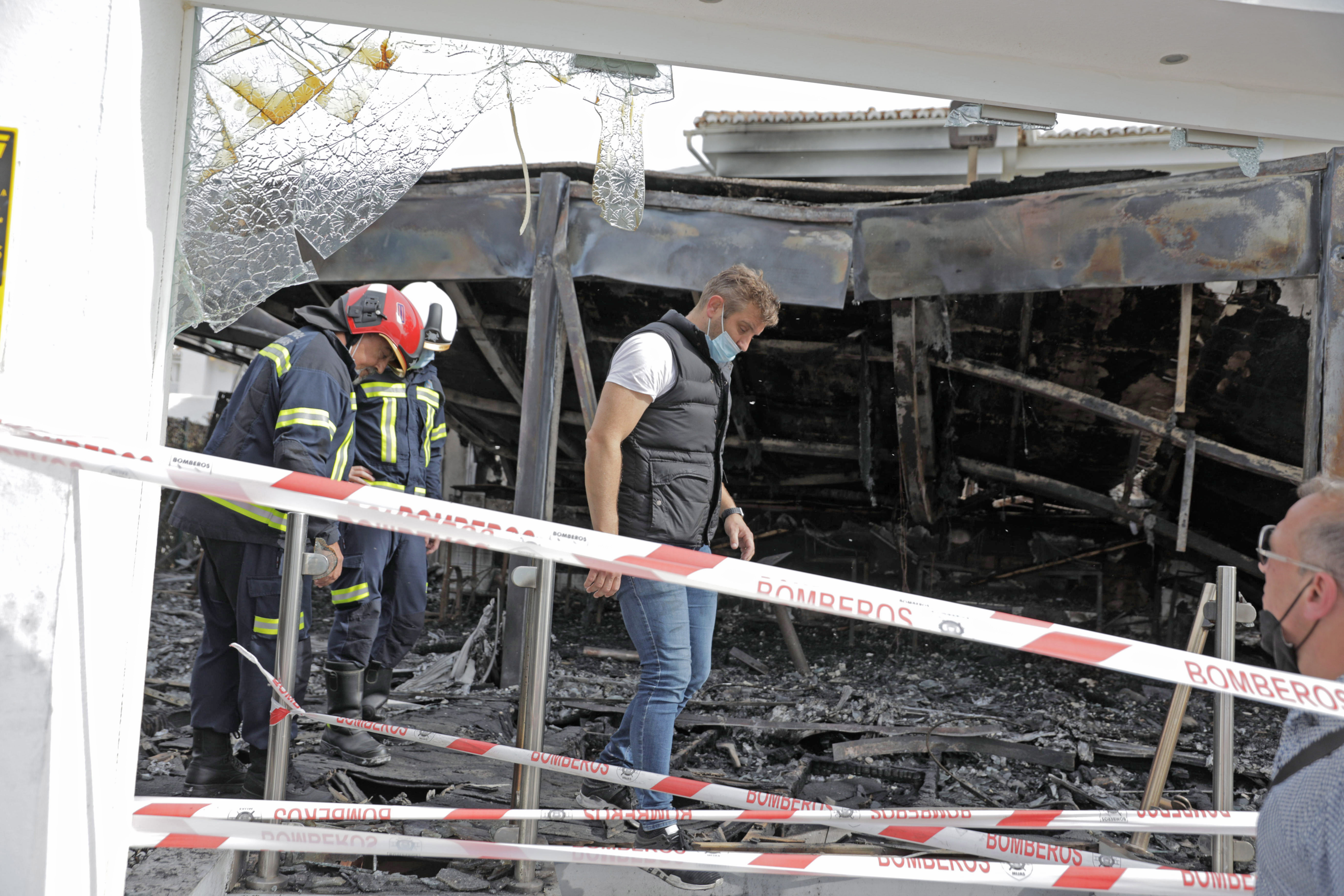 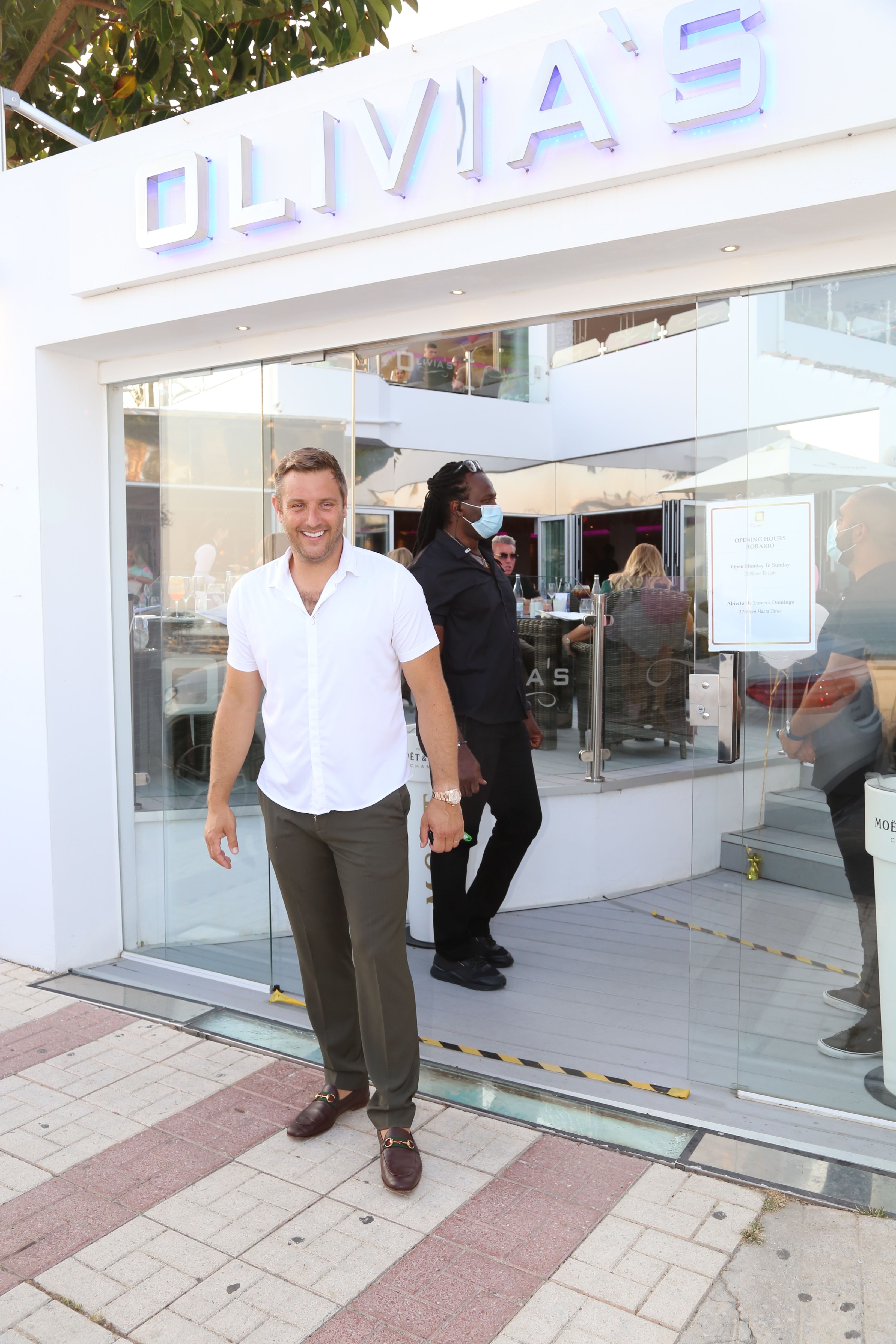 He added: “There’s no problems with anyone locally. I’ve got no enemies. We’ve only ever had good support.

“It might be just one of those unfortunate things.

“I just wish it had happened in November and not three weeks before we were going to start making money, because then I would have had time to rebuild it and I wouldn’t have lost part of the summer.

“But it can’t be helped. It is what it is. I’ve got no idea at the moment how much it will cost to put it right again and how much damage there is.”