ELIZABETH Hurley looked sensational as she posed in a blue bikini today.

The actress stretched out her arms and relaxed on a butterfly shaped lilo in the sunshine. 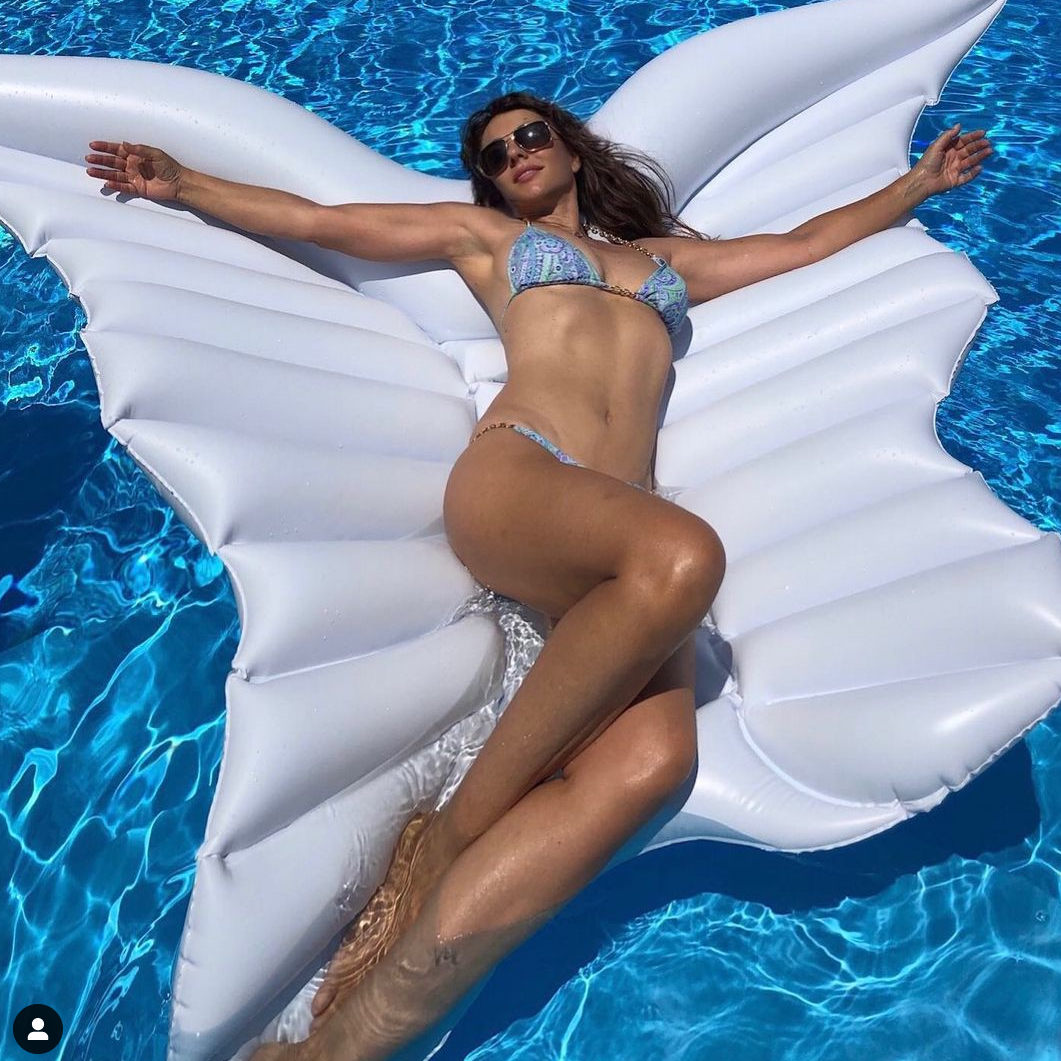 Enjoying the heat in an unknown exotic location, the Bedazzled actress stunned in the skimpy two piece.

One fan wrote back: "Age is just a number 👏"

Another said: "❤️Omg such a beautiful turn on, an adorable Goddess ❤️"

However, the actress faced a backlash after critics slammed her for getting her son to take the sultry pics earlier this year.

The mum-of-one sent temperatures soaring back in January by posing in just her pants and a fake fur coat.

Piers Morgan urged her to put her clothes back on – and said it was "creepy and thirsty" her son model son Damian was behind the lens.

However, Liz hit back and confirmed her 80-year-old mum Angela took those topless photos.

Sharing the pictures again, Liz said: "These pics were in fact taken by my 80 year old mother.

"Not entirely sure if that puts minds at rest or not."

Liz has also previously spoken about how her son has taken photos of her in a bikini.

She said: “When we’re on holiday together, sure he’ll take some pictures.

"And you know, he’s got a really good eye and he’s studying photography."