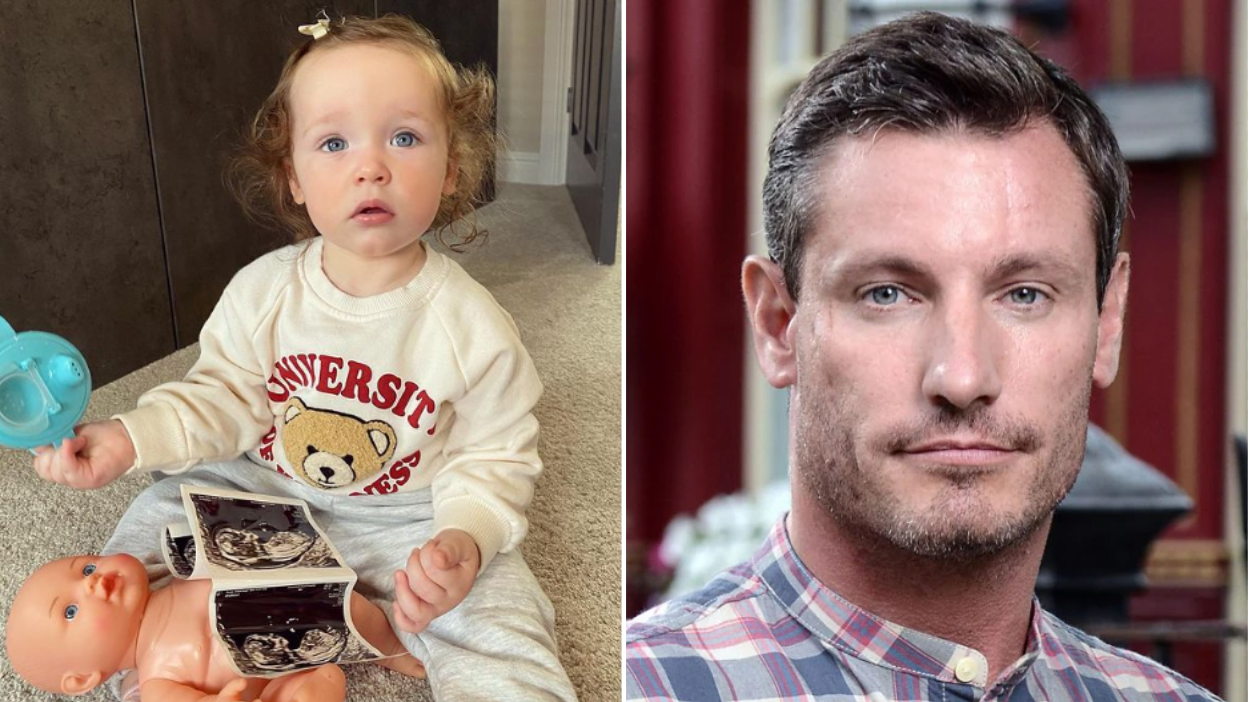 EastEnders star Dean Gaffney has revealed he’s set to become a granddad for the second time as his daughter, Chloe, announces her pregnancy.

The actor, best known for playing Robbie Jackson in the BBC One soap, became a grandfather back in July last year to baby Mimi.

Taking to social media, Dean shared a picture of himself cradling newborn Mimi to announce her arrival.

‘Welcome to this crazy world, my beautiful granddaughter Mimi’, he wrote.

Now, taking to his Instagram once more, Dean announced the wonderful news Chloe will soon be giving birth again.

In the image, a now much older Mimi can be seen beside a toy baby and some baby scan pictures.

‘So Mimi, you’re telling me I’m going to be a grandad for the second time!’, Dean wrote alongside.

This prompted many of Dean’s followers to comment on the post and share congratulatory messages, with one writing: ‘Congratulations Dean and to your daughter n family.’

Another joked: ‘Congrats!!! Its lovely being a grandparent……you can hand them back at end of the day! Haha’.

Elsewhere, Dean is one of the many famous faces rumoured to be taking part in a special series of I’m A Celebrity.

The All Stars series, set in South Africa, will be reaching our screens next year, after hosts by Ant McPartlin and Declan Donnelly made the exciting announcement a few weeks ago.

The spin-off series sees campmates from previous seasons of I’m A Celebrity…Get Me Out Of Here return to the jungle once again.

Each of the names making a comeback has created iconic moments on the original show or been previously crowned King or Queen of the Jungle.