Denise (played by Diane Parish) only managed to get back full parental custody of Raymond last year on EastEnders after giving him up for adoption when he was born. Although his father, Phil Mitchell (Steve McFadden), lives on the Square too, the gangster has only been allowed the odd day out with his son as he is the kingpin of his own criminal organisation. However, in upcoming scenes on the BBC soap, it’s Chelsea (Zaraah Abrahams) Denise should have been more worried about as it was revealed earlier this year she is involved with a terrifying drugs gang.

Recent weeks have seen Chelsea reveal all to her parents, wanting her father Lucas Johnson (Don Gilet) to act as a mule to carry drugs across borders.

This was an act of payback that Denise’s daughter wanted to impose on the former preacher, who she sees as putting his own murderous ways before wanting to raise her and guide her through life.

Denise was dragged into the plan when the leader of the drug gang, Caleb Malone (Ben Freeman) kidnapped her in a stark warning to Chelsea that she needed to transport a package of drugs to Ibiza.

It was Raymond’s mother who then urged her killer ex-husband to become the mule in order to save their daughter’s life.

Although she hasn’t handled any substances and won’t be trafficking them, the fact the mother-of-three has been helping her eldest child now means she is part of a greater conspiracy. 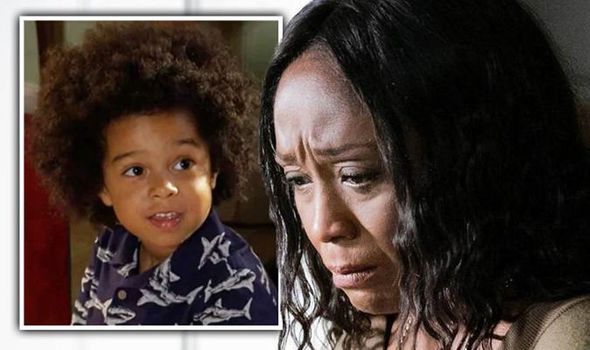 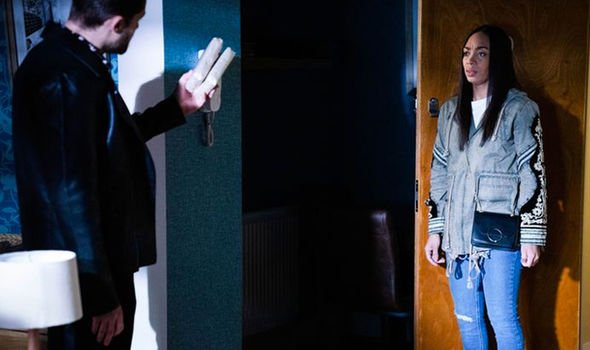 Tony explained: “By agreeing to smuggle drugs abroad, Chelsea has already entered into a criminal conspiracy.

“A conspiracy is formed when the agreement to commit the offence is made, even though Chelsea has no intention of being the ‘smuggler’ herself.

“And by now involving Denise, she has effectively made her mother guilty of the same offence,” the legal expert added.

So for this reason, there is a greater likelihood that if the police do get involved, Denise could lose custody of Raymond. 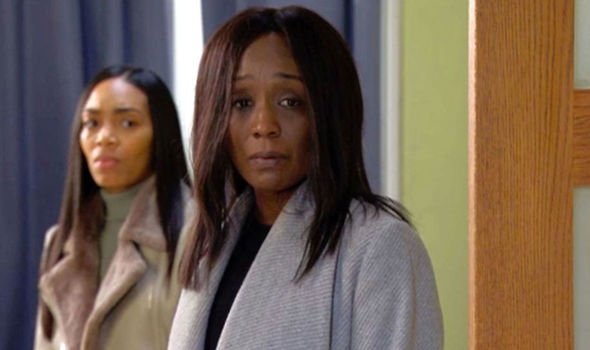 Neither Chelsea nor Denise want to be involved

Having only got him back because his adoptive parents died in a car crash, social services could decide that Raymond needs to go back into foster care.

With both his biological parents having serious criminal charges against their names, the authorities could overrule their desire to have the child living with them.

Tony added: “Neither Chelsea nor Denise wants to be involved, of course. But unfortunately, their reluctance is no defence and nor would backing out now make them less guilty.

“Duress only lasts as a defence until their first real opportunity to seek police assistance and that’s long gone.

“Both, therefore, face serious criminal consequences if discovered; this is an offence which carries a sentence of many years’ imprisonment.”

DON’T MISS…
Lacey Turner opens up on leaving son two hours after he was born [COMMENT]
Adam Woodyatt weight loss: How EastEnders star slimmed down [HEALTH]
Natalie Cassidy weight loss: What she cut out from diet to lose 42lbs [ANALYSIS]

If Denise were to end up in prison, she wouldn’t be able to care for her son either and would have to get updates from family members who come to visit her.

The troubled Walford resident’s boyfriend Jack Branning (Scott Maslen) has already told Denise how illegal it is for her to be getting involved.

When he discovered what his girlfriend and her daughter had been up to, the detective was keen to go to the police.

However, the mother-of-three managed to get him on side as she didn’t want Chelsea to end up behind bars but what she doesn’t realise is she too could be facing criminal charges.

With so much lying on the line, could Denise have made a huge mistake by getting caught up in the criminal conspiracy? 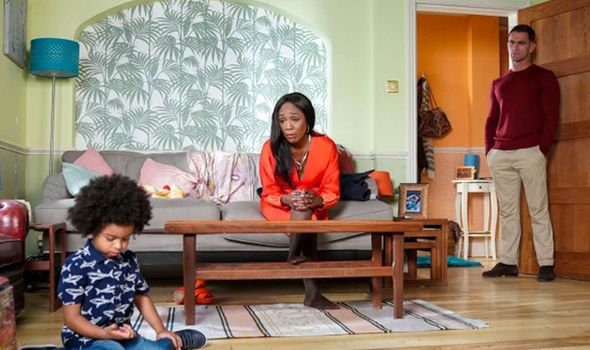 Someone who could take on Raymond if Denise were to get sent to prison is her sister Kim Fox-Hubbard (Tameka Empson).

The mother-of-two has demonstrated how she can bring up two children singlehandedly whilst also holding down a job.

When looking for prospective parents to take on Raymond, social services could see Kim as a viable candidate to look after him with the help of Patrick Trueman (Rudolph Walker) and his wife, Sheree Trueman (Suzette Llewellyn).

Viewers will have to wait and see if Denise’s fate has been sealed by helping Chelsea but fans have already expressed concern that Raymond is a big factor as to why the mother-of-three should go to the police.

One wrote on Twitter: “To be honest, Denise needs to be the one to go to the police because Chelsea continues to prove she doesn’t care about anyone but herself.

“Chelsea put her family in danger but only cares about protecting herself. Denise has Raymond, Kim the kids etc so she needs to do something #EastEnders.”

A second posted: “#Eastenders Denise has said too much to Lucas then too much to Jack. If she’s not careful Denise could lose everything.

“Jack included as well as Raymond [so] she can’t afford to keep taking unnecessary risks when she doesn’t have to do that.”

EastEnders continues Monday at 8:05pm on BBC One.