Chantelle (played by Jessica Plummer) has constantly stood by Gray (Toby-Alexander Smith) after the EastEnders villain promised he would change his way after discovering his wife was pregnant. Viewers of the BBC soap are yet to see if the lawyer will stand by his word as they’ve seen him struggling to controlling his anger. As the expectant mother prepares for her newborn, will the abuser continue to lash out, forcing her to flee the family home?

The hairdresser was admitted to hospital in scenes earlier this week after she cut her hand, putting her abuse ordeal in jeopardy of being exposed after the nurse noticed bruises on her arms.

Chantelle dismissed the concerned character’s woes, but Gray soon realised someone knew what he’d been doing to his wife and lost control.

This time, he lashed out at the furniture rather than his wife and the latest instalment of drama from the Square saw the lawyer begin therapy to deal with his issues.

Although he seems to be trying to get a hand on his anger, viewers weren’t too convinced Gray was telling the whole truth. 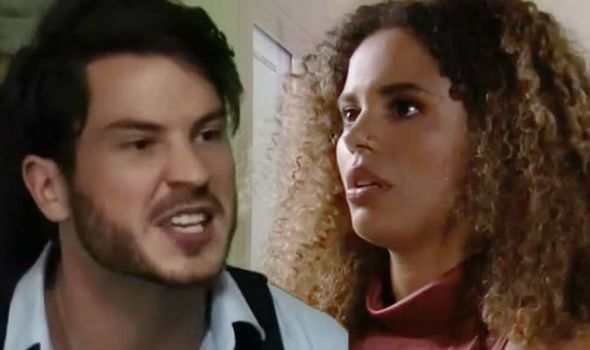 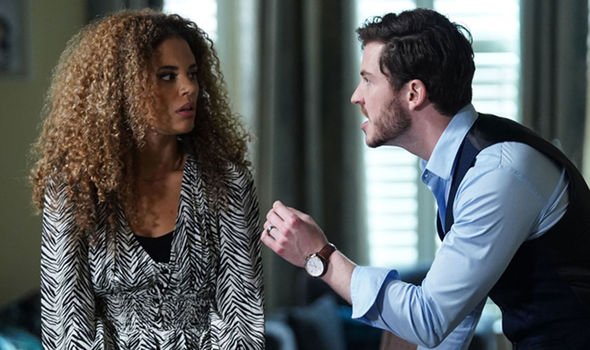 Could this mean the domestic abuse he is inflicting on Chantelle is going to continue?

If Gray’s violent temper resurfaces, the expectant mother could be left fearing for the well-being of her unborn cild and be forced to leave the home to ensure she and her baby are safe.

The hairdresser has a family support system in Walford, being the eldest child of the Taylor/Baker clan, but as they don’t realise what she’s going through, could Chantelle be forced to seek refuge elsewhere?

This would mean the newcomer would be homeless as she feels she has nowhere left to turn as she break away from her violent husband has over her. 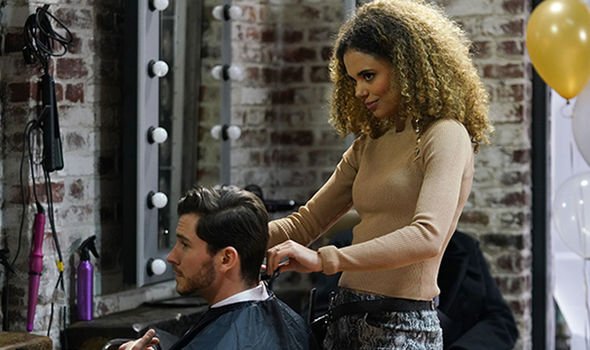 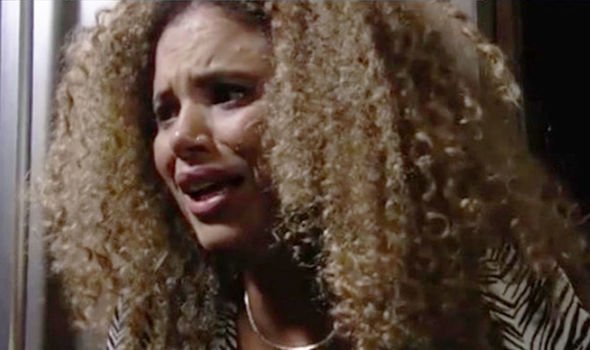 Earlier this month, domestic abuse charity Women’s Aid launched the No Woman Turned Away report which details how they have supported 309 women who have had to leave their homes to escape the abuse being inflicted on them.

Of these, 44 per cent found themselves sleeping on sofas to get a roof over their head as well as 14 per cent living in local authority emergency accommodation.

Sleeping rough was also a reality for seven percent of the women supported in the report and 4 per cent had been living in either B&Bs, hostels or hotels.

Recent episodes have seen Chantelle give up her job at the salon at Gray’s request, meaning he is the only one bringing money to the household.

The expectant mother’s financial insecurity means she would find it difficult to afford somewhere to live in the long-term, so could she be forced to live rough to keep her baby safe.

In doing so however, Chantelle could be putting herself in yet more danger as she struggles to get enough money to feed herself.

Speaking of the statistics and the reality of the situation for so many people who suffer domestic abuse, Adina Claire, Acting Co-Chief Executive of Women’s Aid said: “It’s scandalous that, in 2019, women fleeing domestic abuse still face the terrifying prospect of either returning to their perpetrator or facing homelessness.

“We are facing a chronic shortage of bed spaces in specialist refuge services, and this is causing unimaginable suffering for women at a time when they are most in need of support.”

Explaining the dangers posed to people fleeing their abusers, Ms Claire continued: “Our report tells the story of women who have endured unsafe living arrangements, overcrowding, broken friendships and further abuse while sofa-surfing.

“Hostels or emergency accommodation are not appropriate either – women recovering from domestic abuse need the specialist, holistic support that domestic abuse refuges provide.

“It goes without saying that survivors should not have to sleep rough, yet, for the third year running, we found that this is still happening, even to pregnant women and children.”

Viewers will have to wait and see how Chantelle’s journey continues and if anyone will realise what’s going on before she is forced onto the streets.

EastEnders continues Monday at 8pm on BBC One.

If you or anyone you know has been affected by Chantelle’s storyline, the BBC have a wide range of information and support regarding domestic abuse. See the full list of helplines and charities here.