The Bachelorette star Tayshia Adams has started her journey to find her future husband on the show.

Tayshia, who took over for Clare Crawley, admitted that she was concerned about the guys not being there for her.

While some of them were willing to switch over to Tayshia, others struggled to categorize their feelings and put the past with Clare behind them.

But there is one person from Tayshia’s past who may surface on the show.

And this person is completely unexpected.

During Tuesday’s episode, Tayshia told some of her contestants that she was previously married. People who have watched Tayshia on The Bachelor and Bachelor In Paradise already know she was married.

But we’ve never met her ex-husband.

After Tuesday’s episode, a TikTok user named @bigmoodbb shared a clip of her scrolling through Twitter.

In a trailer released by the official The Bachelorette Twitter account, a man says, “It’s only a matter of time before she realizes the truth.”

In the caption, that man’s name is Josh Bourelle. 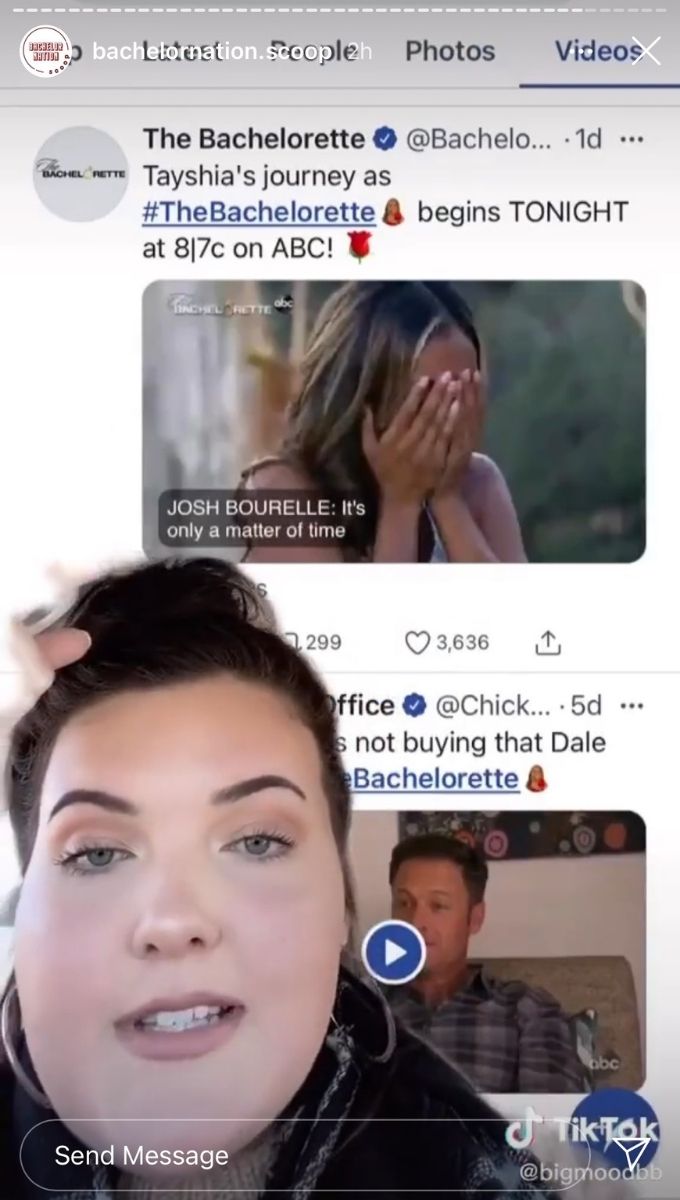 The user reveals she Googled that name, as it wasn’t the name of one of the contestants and she was shocked to see it was Tayshia’s ex-husband.

And so the conspiracies for Tayshia’s season begin #TheBachelorette pic.twitter.com/ia82i0crTR

So, what does this mean? Does this mean that Josh will make an appearance on the Bachelorette? Is he coming to warn her or get her back?

Tayshia Adams has previously talked about her marriage

Tayshia hasn’t hidden the fact that she has been married previously. Tayshia spoke out this week, revealing that her ex-husband did not reach out to her after learning that she was the next Bachelorette.

Tayshia revealed she was previously married on Tuesday’s episode of the show, surprising one of her contestants who struggled to reveal that he had been married as well.

Before the Bachelorette aired, Tayshia opened up on her podcast about her marriage. She revealed that the two worked hard to fix their issues, including getting some professional help.

Tayshia hinted that she wasn’t the one who wanted to end the marriage, sharing that her ex-husband may have been the one who ended things.

'Homeland': Carrie Was Almost Played By An 'NCIS' Favorite