Home » TV & Movies » Did Chip and Joanna Gaines Just Hint at a Sixth Baby? Here's What They Said

We’re still not over Chip and Joanna Gaines’ decision to endtheir hit HGTVrenovation show Fixer Upper at the height of its popularity. Lifeisn’t the same without Chip and Jo cheerfully transforming run-down and neglectedproperties into stunning dream homes. Their on-screen chemistry was undeniable,which is a huge part of what made the show sucha joy to watch. 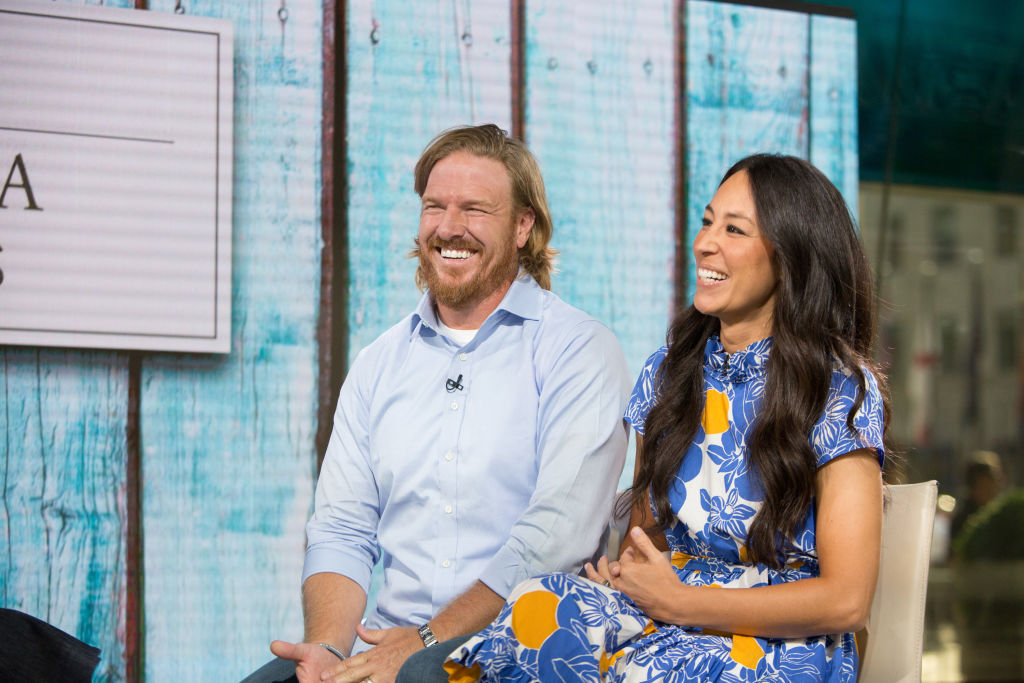 The awe-inspiring before and after shots were exciting, but fans also adored seeing shots of the Gaines family at home just living life on their dreamy 40-acre farm. It wasn’t even that shocking when the renovation pros announced they were quitting television to spend more time with their family. It fit in with the values they conveyed on Fixer Upper.

But then, a surprise: at the age of 40, when her youngest child was already 8 years old, Joanna announced she was having another baby. Fans were delighted by the news. And now? They want to know if the Gaineses might expand their family one more time.

Though Joanna Gaines was thrilled to be having a fifth baby, her public comments make it clear that she hadn’t intended to get pregnant at all. “When I saw the results of the test, my jaw dropped,” Joanna explained to People. She had purchased the pregnancy test after she’d been feeling “a little emotional and crazy.”

But both she and husband Chip Gaineswere overjoyed at the news. “Chip was in the driveway about to leave when Icalled him back and said, ‘We’re pregnant!’ He was so excited. We’re both just so excited.”

Chip Gaines keeps joking about having a sixth baby

Since Crew Gaines’ siblings are much older, it almost seems logical that Chip and Joanna might consider conceiving a same-aged playmate for him.

Chip even joked about it, saying: “This little turkey will only be 10 years old when Emmie is graduating from high school. We have to have another one because I’m particular about the only child thing. Don’t be surprised if No. 6 is in the cards!”

He alsosaid that when things are going well in their marriage, he and Joanna are morelikely to haveanother baby. “There’s a running joke….where any time things aregoing well between Joanna and I, at the end of that statement, I’llsarcastically say — used to be sarcastically — ‘No. 5, No. 5,’” Chip told fansrecently, as reported by Us Weekly.

Even though it sounds like Chip Gaines would be happy to grow his family again, what about his wife, who would be doing most of the work (at least at first)?

Even though Joanna Gaines said that having a baby in her 40s was way different than earlier pregnancies, she still mentioned that it ended up being worth it.

As she explained to People, “I kid with people, ‘If you ever want to feel young again, have a baby at 40.’” She added: “It’s brought this whole new thing for me where I’m a lot more laid-back. People joke that I’m the ‘Fun Jo’ now.”

Plus, she’s happy tohave Crew as part of the family. “A year ago, he [Crew] wasn’t in our lives.Now you’re like, ‘How?’” She continued, saying, “I think what’s so crazy aboutkids is by the time they hit the ground… it’s almost like we always knew he wascoming, and this was his time.”

Does that mean she’llhave one more? We’ll have to wait and see!