The atmosphere in the Loose Women studio became extremely heated on Thursday when Denise Welch and Carol McGiffin became embroiled in a tense argument over drinking.

On today’s show on ITV, Denise celebrated her 10th year of sobriety as the panel – which also included Charlene White and Katie Piper – discussed whether or not they mind hangovers.

The TV personality recalled the moment she decided to give up drinking, after her partner Lincoln Townley, who she married in 2013, also became sober after suffering from alcoholism.

The 63-year-old explained how back in the day, she and Carol, 61, were perceived as the ‘party girls’ as they frequently drank together.

‘My relationship with drink was very destructive and it’s the best thing that I’ve ever done,’ Denise said.

Carol responded: ‘I hope I never get like that because I love wine, I literally love wine. I don’t really like soft drinks. That’s the truth.’ 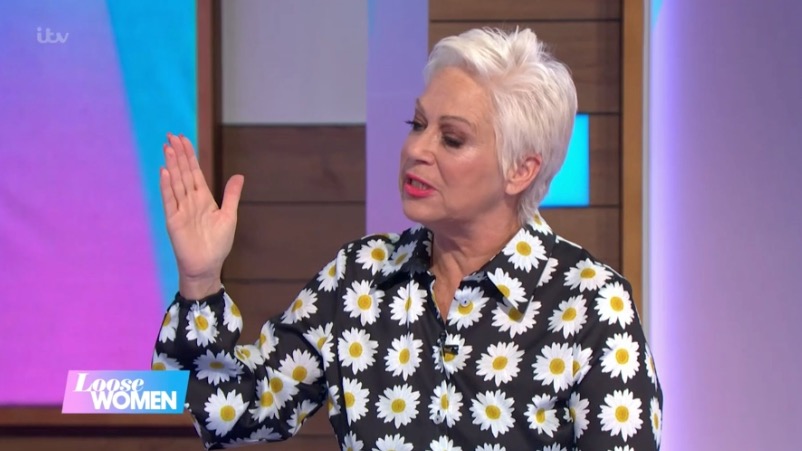 While the other panelists laughed, Denise remarked that if Carol became as ‘depressed and as down and destructive’ as she became, then she ‘would stop’.

‘I think you should drink less,’ she then told her friend.

Carol acknowledged that she ‘knows she drinks too much’, stating: ‘The government says I should only drink like 14 units a week, so it is more than that, but I don’t get terrible hangovers, I don’t get depressed.’

However, Denise pointed out that her primary concern over her co-star is her health, considering she had breast cancer in the past.

‘But it’s not just about hangovers – you have had breast cancer as well and I think that you should not drink as much because you’ve had that. I worry about it from a health point of view,’ Denise said.

As their voices became raised, Carol yelled: ‘You’ve got to take chances in life!’ prompting Charlene to speak over them to prevent the situation from escalating any further.

When Loose Women returned after the advert break, Charlene told viewers that things had become calmer in the studio once again.

Earlier in the show, Denise outlined how supportive Carol was of her going sober drinking, despite continuing to drink herself.

Last night, Denise made an appearance on GB News, explaining that she was ‘glad’ that she broke Covid-19 rules to visit her sick dad before his death.

‘I’m glad I broke the rules [in 2020] because it turned out it was my last Christmas with my dad,’ she said.

‘It was possibly the most heartbreaking thing I’ve been through in my entire life.’