Days of Our Lives will feature a lot of fan favorites, both on the main show and on the upcoming Christmas special. In this week’s comings and goings, we reveal that Father Greg is finally back on the canvas. We also reveal that another fan favorite, Jan Spears, has also returned. And more fan-favorite characters will be seen in the upcoming Days of Our Lives Christmas special, A Very Salem Christmas.

On ‘Days of Our Lives,’ Father Eric is finally back in Salem

When last we saw Father Eric on Days of Our Lives, he was running off to Africa to do some missionary work. At that time, he left behind Nicole, his beloved wife (and his twin, Sami’s, arch-rival). And it was unclear when he would be returning.

Needless to say, according to SoapHub, Father Eric will be coming back to find a very messy situation, indeed. Not only will his wife be jumping into bed with his sister’s sort-of husband, but his mother’s possessed, and his step-father is trying to snap her out of it.

Fortunately for all of us, Greg Vaughn looks ready to jump in, head first, into the role. He first was teased to be coming back during the “Day of Days” fan convention, and it seems like his episodes will begin airing sometime this week. It’s unclear, too, if Vaughn has signed a contract to return to Days of Our Lives, or if he’s merely on a recurring basis.

Jan Spears is back, too

This week, too, Days of Our Lives fans saw the return of none other than Jan Spears. That means that Heather Lindell is back on the canvas and reprising her role.

According to Soaps.com, Mar-Devil is going to be awakening Jan from her coma to wreak havoc in Salem. At the top of their list is a scheme to destroy Shawn and Belle for their insolence. Meanwhile, this will leave the field wide open for Marlena to go after Ben and Ciara. Fortunately, though, Ciara is catching on to what’s going on.

“Heather Lindell reprised the Days of Our Lives role back in March and by the end of her run, it was revealed that Jan had murdered Charlie Dale and tried to frame Belle for the crime — and following an altercation between her, Chloe and Philip, Jan fell back into a coma,” reported the outlet. “However, we all know that even a coma doesn’t keep Jan asleep, if you will, for long.”

More fan favorites will be on ‘A Very Salem Christmas’ 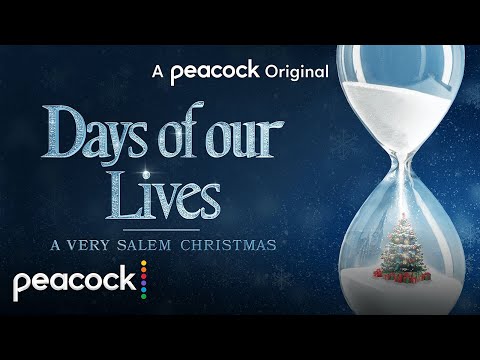 The first-ever Days of Our Lives Christmas special, A Very Salem Christmas, will begin airing this Thursday, December 16, on Peacock. According to Parade, the film will star many of the current Days cast members, and will also feature vets like Chandler Massey and Eileen Davidson reprising their roles. Fans can’t wait to see this first-ever Days of Our Lives Christmas movie in action.