Home » Daniel Kaluuya Unintentionally Summed Up Oscars Diversity the Best: There’s Still a Lot of Work to Do

There were high hopes for the Academy of Motion Picture Arts and Sciences (AMPAS)’ 93rd Academy Awards ceremony. For the first time in history, nearly half of the nominees in acting categories were people of color, and 70 women were nominated across all 23 categories. These were unprecedented numbers for an awards show that has existed for nearly a century. While some of this change resulted from AMPAS’ Academy Aperture 2020 Diversity Initiative (A2020) and the Tarana Burke-founded #MeToo Movement, the events of 2020 also shook Hollywood to its core.

As the world shuttered in early 2020 amid the coronavirus (COVID-19) pandemic, we found new ways to connect through cinema. Stories like Sophia Nahli Allison’s “A Love Song for LaTasha” and Garrett Bradley’s “Time” became easily accessible to audiences worldwide. There was also a racial reckoning in the final months of a tumultuous presidential administration, giving rise to a second Civil Rights Movement.

Though stories written by white directors centering white actors have dominated Hollywood since its inception, the firestorm of #OscarsSoWhite — started six years ago by media strategist April Reign — plus the pandemic, and a demand for reform have paved the way for new types of stories to get the recognition that they deserve. Films like Lee Isaac Chung’s “Minari,” Chloé Zhao’s “Nomadland,” and Shaka King’s “Judas and the Black Messiah” have all shined this past year.  However, amid a star-studded ceremony with a strict dress code, a “No Zoom” policy, and an emphasis on the return to the theaters, did the ceremony showcase any real progress at a time when Hollywood desperately needs a jump start? 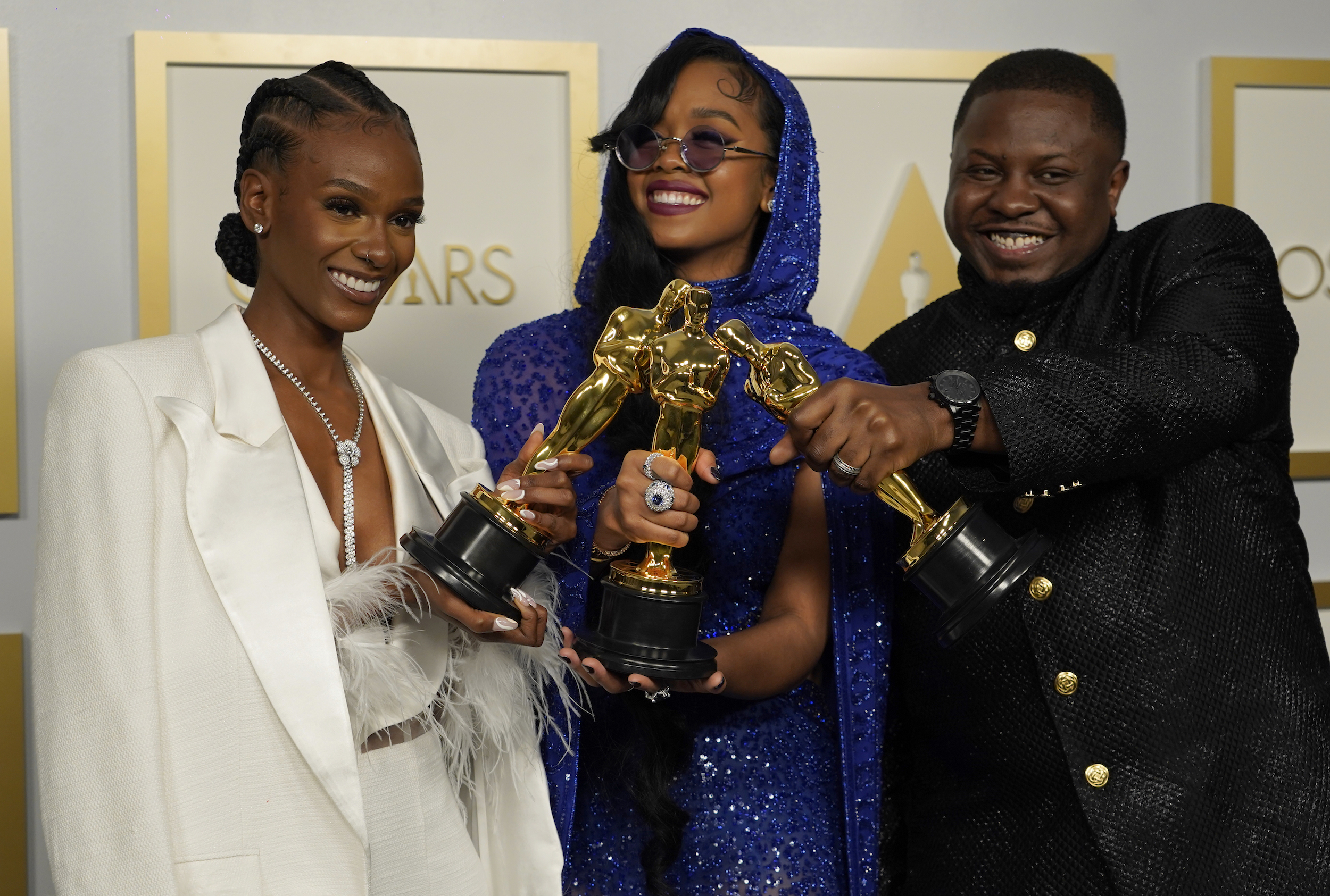 Tiara Thomas, H.E.R., and Dernst Emile II, winners of the award for Best Original Song for “Fight for You” from “Judas and the Black Messiah”

From the moment the ceremony began, it felt different. Set in an intimate setting at the Union Station in Los Angeles, the first speaker, Oscar winner Regina King spoke about loss, Hollywood, and the verdict from the Derek Chauvin trial. It seemed that Hollywood would be solely focused on the celebration of cinema. The first win of the night went to director Emerald Fennell, who took home the Best Original Screenplay award for her film, “Promising Young Woman.” The director/actor was the fifth woman in history and the first female filmmaker to do so since Diablo Cody in 2008.

Thirty-nine years after Louis Gossett, Jr. became the first Black man to win Best Supporting Actor, for “An Officer and a Gentleman,” Daniel Kaluuya took his first Oscar for his role as Fred Hampton in “Judas and the Black Messiah.” He is only the fifth Black man in Oscars history to do so. While accepting his award, the British-born actor paid homage to the late Black Panther activist who was slain at age 21 at the hands of the Chicago Police Department. “There’s so much work to do, guys,”  Kaluuya said. “And that’s on everyone in this room.”

The night continued forward with more diverse wins. Mia Neal and Jameika Wilson, who were the first Black people ever to be nominated for Makeup and Hairstyling, took home the win for “Ma Rainey’s Black Bottom.” Neal gave a sensational speech about breaking the glass ceiling, Black history, and celebrating women in Hollywood. 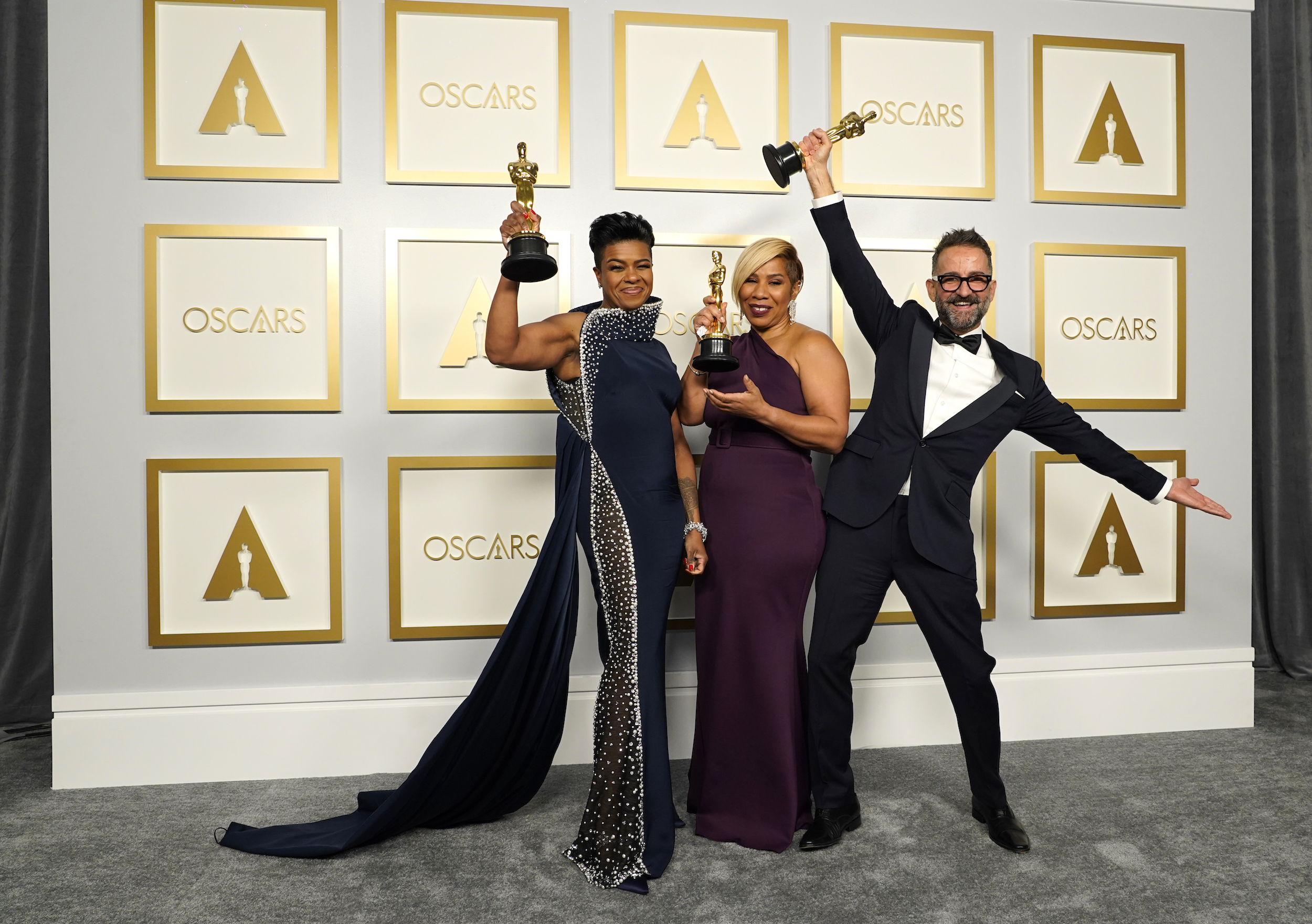 Another highlight of the night was when Chloé Zhao became the second woman to win the Best Directing Award (after Kathryn Bigelow, at the 2010 ceremony, for “The Hurt Locker”). The “Nomadland” filmmaker is also the first woman of color to win. Amid a climate of anti-Asian rhetoric, she stood proudly as the first Asian to ever win in the category. She spoke warmly about having faith and courage and finding good in others. Her film “Nomadland,” starring Frances McDormand, also took home the award for Best Picture.

On the heels of Ma’Khia Bryant’s death and nearly a year after George Floyd’s murder, Travon Free and Martin Desmond Roe took home the Best Live Action Short Film award for “Two Distant Strangers,” a searing film centering police brutality and #BlackLivesMatter. As Free took the stage to accept the award, he quoted James Baldwin’s thoughts on the violence of indifference while stating the statistics of police killings in America — an average of three killings a day — and how they disproportionately murder people of color.

“Soul,” co-directed by Pete Docter and Black playwright Kemp Powers, took home the award for Best Animated Feature. It is the first Pixar film to feature a Black protagonist. Shortly thereafter, Youn Yuh-jung became the first Korean actor ever to win an Oscar. She won a Best Supporting Actress award for her work in “Minari.” Her acceptance speech was witty, quippy, and she even made an awkward joke about how often her name is mispronounced.

Music has always been one of the most diverse categories at the Academy Awards. Jon Batiste took home an Oscar for Best Original Score for “Soul.” He is the first Black composer to win since Herbie Hancock in 1986, who won then for Bertrand Tavernier’s “Round Midnight.” Meanwhile, D’Mile, Tiara Thomas, and H.E.R. took home the Best Original Song Award for “Fight For You” from “Judas and the Black Messiah.” 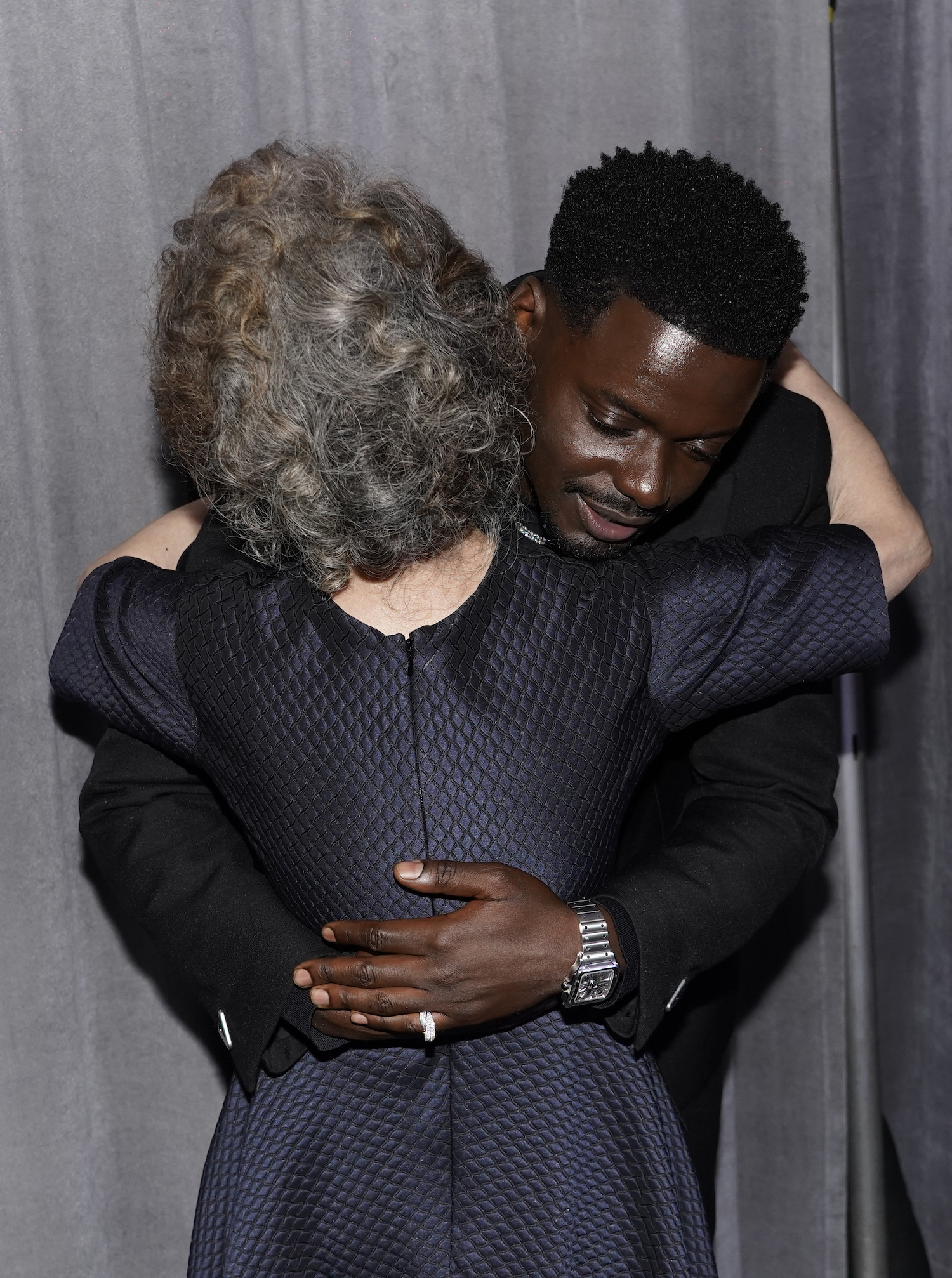 So there were undoubtedly some highlights in terms of diversity and inclusion at the 93rd Annual Academy Awards. However, the feelings of enthusiasm trickled down toward the end of the night. The Academy’s choice to remove some clips of the nominated films and actors felt like a missed opportunity to entice viewers into seeking out worthwhile work to watch.

And then things really went off the rails. Despite early wins, Zhao’s history-making moments, some pointed moments of “inclusivity,” and Tyler Perry’s heartfelt Jean Hersholt Humanitarian Award speech urging people to “refuse hate,” the Best Actor and Best Actress wins were almost expected, including missing a final chance to honor the late Chadwick Boseman — not to mention a chance for Viola Davis or Andra Day to become only the second Black woman to win Best Actress in history. Sir Anthony Hopkins, became the oldest person to ever win an acting Oscar when his name was called as Best Actor for his role in “The Father.” The Welsh-born legend wasn’t even present to accept the night’s final award. It was especially unnerving since Best Picture was announced before these wins, which meant the show, which had so much promise, ended with a lackluster thud.

While things have certainly shifted in Hollywood and with the Academy in the last several years, as Kaluuya said fervently in his acceptance speech, there is still so much work to do.