Dan Walker, 43, was on hand to present BBC Breakfast with co-host Louise Minchin, 52, and the pair discussed the latest headlines coming in from around the world. Amongst these included the stories stemming from the sports sector and Sally, 49, was the journalist to take on the segment. However, coming to the end of the conversation, her BBC co-star Dan shut her down as they spoke about whether or not he “stayed up all night” to watch the golf.

The father-of-three was the one who brought up the subject, telling the sports reporter: “I stayed up a bit too late last night watching the golf.

“I thought Lee Westwood was going to win the Arnold Palmer but he got undone by Bryson Dechambeau,” he continued.

“Are you disappointed I didn’t show those pictures to remind you? ” Sally asked her co-star. “Maybe next time.”

Talking about the match again, Dan added: “On the 18th hole, [Lee] drove his shot into a divot. But the rules of golf state you can’t drop it out of the divot.

“He needed a burley to tie things up, so it was disappointing,” the presenter remarked. 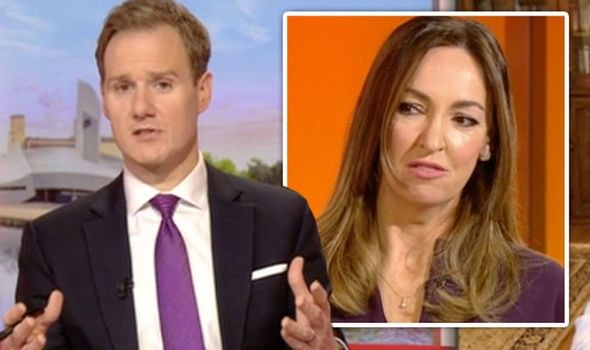 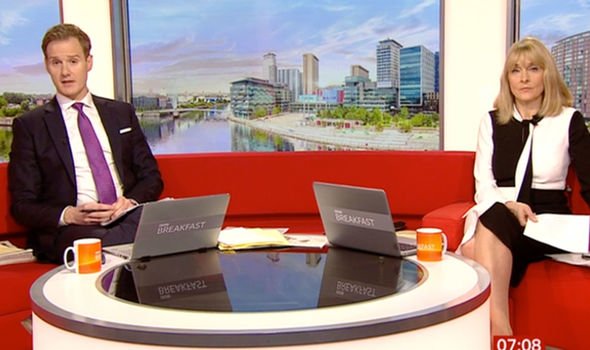 “Did you stay up all night?” Sally asked before Dan then shut her down as he simply replied: “No comment.”

The reporter laughed off the awkward moment, before her co-star thanked her for updating viewers on the sports headlines.

With a huge grin on his face, the father-of-three and Louise continued with the rest of the programme.

In his spare time, the presenter likes to get involved with a spot of golf, despite being the host of BBC’s Football Focus. 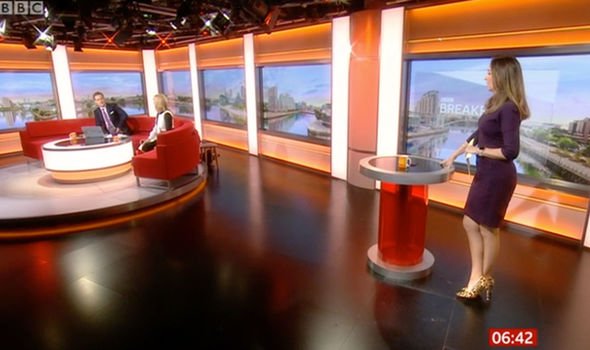 “I work in football, but I prefer golf,” Dan said, adding in an interview away from the show: “Certainly when it comes to playing.

“Your best golf shot can be as good as Rory McIlroy’s. Of course, your worst shot is far worse and far more regular, but the good memories drive you back.

“And it’s unique because you can play the same courses the world’s best players play – that’s not true in other sports.

“As much as I love golf, I fear for its future. Five million people have stopped playing in America in the last decade.” 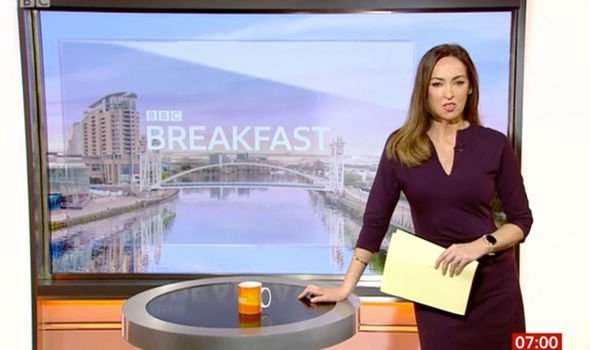 “Viewing figures are dramatically lower without Tiger Woods. The game’s at a massive junction,” Dan continued.

“If it gets it right, it can flourish. But if it gets it wrong, I fear for its future,” the presenter explained to Today’s Golfer.

Despite saying up to watch the golf, it seems the presenter enjoyed his weekend off work as he took to Instagram to inform his followers what he was up to.

In view of his 169,000 followers, the host posted a picture of his families beloved dog sat on their sofa at home.

The presenter wrote: “I hope you’re doing ok and are enjoying a peaceful Sunday. I am working my way through a pack of Hobnobs.”

Some of his fans responded, with one writing: “So cute! Beautiful Winnie. Thanks, Dan for keeping us all smiling…you’re the best of humankind!”

Whilst a third commented: “Enjoy Dan. I’m getting myself ready for back to work tomorrow as a catering assistant in a school. Some normality but staying safe.”

“Enjoy them, Dan! Look forward to seeing you on Breakfast tomorrow. Am I the only one who feels that everything will be alright when I’m watching you and Louise? So reassuring,” a fourth shared.

BBC Breakfast airs weekdays at 6am on BBC.