Damian Lewis has shared the sweet gesture his late wife Helen McCrory made for him the first time he played in Soccer Aid, emphasising how she was ‘such a fabulous human being’.

This Sunday, Lewis is taking part in the star-studded football match yet again for Unicef, with the event having first been created by Robbie Williams in 2006.

Just over a year ago, the Homeland actor suffered the loss of his wife, Peaky Blinders star McCrory, who died from breast cancer at the age of 52.

Having recently celebrated her life at a memorial held a year after her death with celebrity friends including Helena Bonham Carter, Keeley Hawes and Matthew Macfadyen, Lewis has remembered how McCrory supported him during his first Soccer Aid.

During an appearance on Good Morning Britain on Thursday, Ben Shephard recollected meeting McCrory for the first time away from work, when he and Lewis took part in Soccer Aid together in Manchester.

‘She was always such a vociferous supporter of you in everything you did. Kate and I were very honoured to be at her memorial service just a few weeks ago,’ he said, referring to his co-host Kate Garraway. 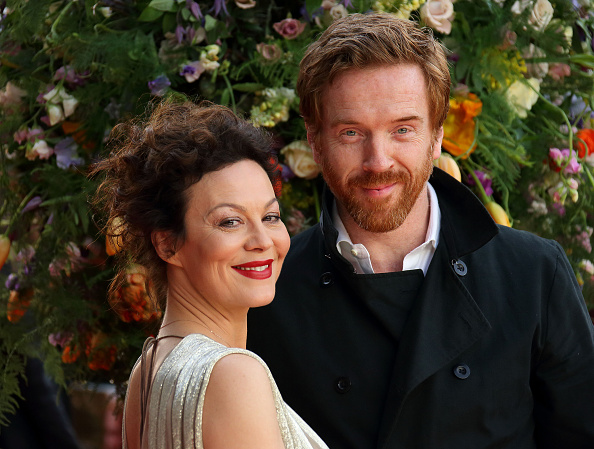 ‘I imagine you’ve been very moved by the outpouring of support and love that has been shown towards her since she sadly passed away.’

‘She was a fabulous human being. People from all walks of life have been in touch to say what an impact she had on their lives,’ Lewis responded.

‘That day we had the other day was a few weeks ago, was a special day, I’m very glad you could have been part of it. She was celebrated by her tribe, her profession, the acting profession, actors, directors, producers, writers all showed up. She’s much missed.’

He then brought up a fond memory he had of McCrory at Soccer Aid, saying: ‘When she came to Soccer Aid the very first time, I got into my hotel room up in Manchester at The Lowry, and it was covered in Union Jack bunting and England flags everywhere, which she’d gone out and bought and decorated the room with. She’s with us again this year.’

Lewis pointed out that he has considered joining the rest of the world team, considering he’s half Welsh.

However, having played for England on multiple occasions, the GMB presenters urged him not to switch sides now.

Good Morning Britain airs weekdays from 6am on ITV. Soccer Aid airs on Sunday from 6.30pm on ITV and ITV Hub.