Adam explained to Countryfile viewers his crop last year wasn’t as good as he had hoped so they had taken steps on the farm to ensure this time was better. He explained they had some trouble from the Flea Beetle and had to work out the best way to stop it from ruining his crop of Rapeseed. One of the ways they were trying to eradicate the Flea Beetle from the fields was by using human manure, which left many of those tuning in horrified.

Adam remarked: “We’ve taken another rather unusual step to outfox that flea beetle.

“With the soil, we’ve added sewage sludge, which is basically human manure.

“It’s quite pungent and smelly. As well as not being able to see the oilseed rape, they can’t see it either.

“All they get is a smell of sewage sludge. And actually, the proof is in the pudding. 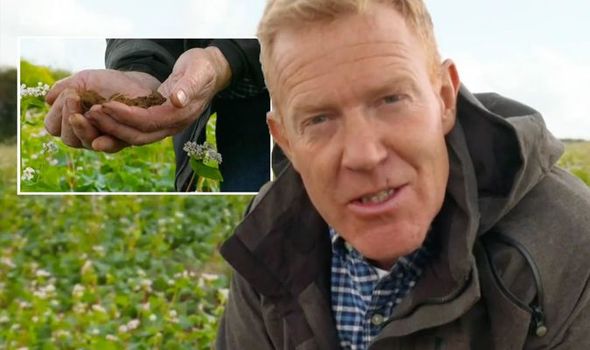 “These oilseed rape plants are really growing well, in fact, some of the best crops that I’ve seen on the farm for a while.”

Detailing how they use the sewage sludge, Adam continued: “We buy that human sludge from the local sewage works, where they’ve cleaned and pasteurised it, to kill any harmful bacteria or viruses.

“Our livestock don’t produce enough manure to spread across all our fields so it’s a great low-cost alternative. 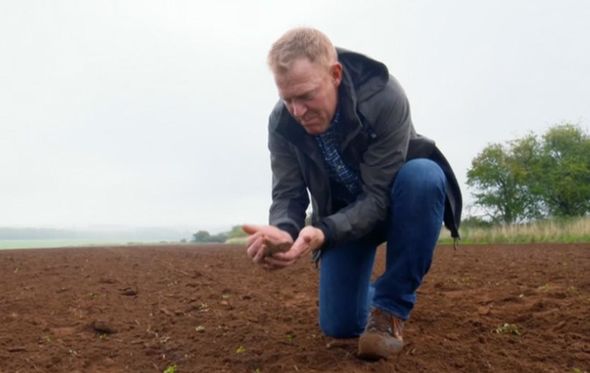 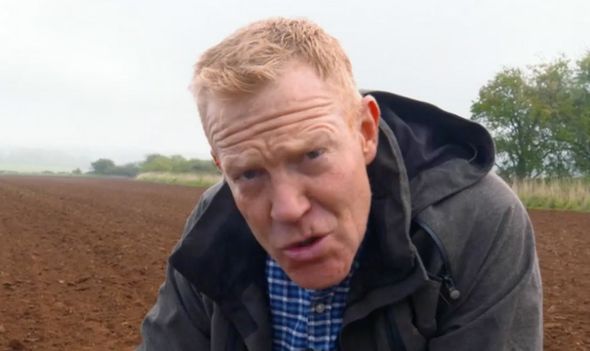 “But using human waste like this is sometimes seen as a hot topic.”

Adam went on to speak to Dr Rubern Sakrabani, a senior lecturer in soil chemistry to find out more about using human manure.

Dr Sakrabani explained often it was the odour which caused problems for people and it has a “yuck factor” that needs to be overcome.

He added it was also controversial due to other “man-made contaminants what we use in our daily lives” and they can end up in the final product.

However, Dr Sakrabani insisted it was well treated to ensure it was safe to be used.

Despite assurances from both Adam and Dr Sakrabani, viewers weren’t so keen on the use of human manure and took to Twitter to debate its use.

One viewer posted: “I’m watching #countryfile …. not sure how I feel about this farm using human poo as a fertiliser.”

Another added: “Not sure about sewage slush #countryfile absolutely stinks.”

“He’s playing with human manure while I’m eating my dinner #countryfile,” another remarked of the bad timing.

A fourth shared: “#Countryfile oh yes, we can smell the sewage sludge on the local fields.”

“Adam pretty chirpy there for a man holding human poo in a field #countryfile,” a fifth laughed.

Countryfile airs Sunday on BBC One at 7pm

TV Ratings: S.W.A.T. and For Life Tick Up