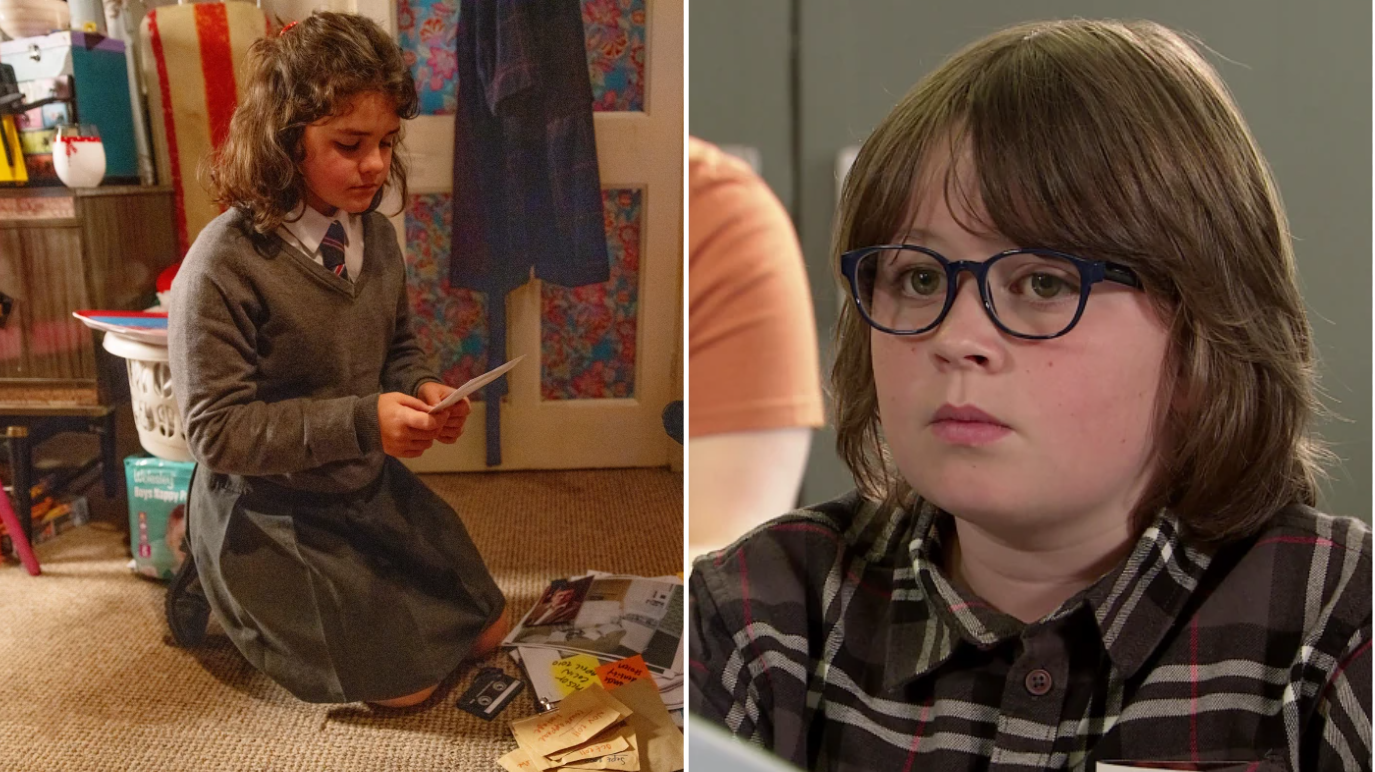 Coronation Street will continue to develop Hope Stape (Isabella Flanagan) and Sam Blakeman’s (Jude Riordan) friendship in the coming months – with the characters hanging out on the soap’s brand-new precinct set.

The much-mentioned precinct has been visited by the residents for decades and next month, viewers will be able to take trips to the shopping centre with their favourite characters.

The two-storey construction features maisonettes, a staircase and balcony, a piazza and array of accessible shops and units – including a charity shop which will be one of the first sets to provide a new workplace for Roy (David Neilson) and Evelyn (Maureen Lipman) – who will volunteer their services.

There is also a children’s park and play area with swings – which was where Jude Riordan and Isabella Flanagan were yesterday.

Posting on Twitter, Jude shared an image of himself and Isabella on the swings.

‘Sam & Hope just testing out the merch!’, he wrote.

We already know that filming on the precinct began yesterday, so it’s highly likely Sam and Hope will be two characters featuring in the very early scenes on the set.

Discussing the further development of Coronation Street, Producer Iain MacLeod said: ‘Hats off to our design and construction teams who have conjured a totally convincing new precinct for our drama! They took their inspiration from Salford’s many real-world, late 20th century shopping areas and what they have created is a brilliant, characterful space to tell a diverse range of stories.

‘Expect to see teens hanging out at the dessert shop, families enjoying the play area and, after dark, a rogues’ gallery, up to shady business in the ginnels. I am really excited by the arrival on screen of this much discussed but never seen corner of the Weatherfield universe.’