CORONATION Street stars were spotted taking a break as they filmed Seb's murder trial in the heatwave today.

Seb was attacked earlier this year by Corey Brent and his gang of thugs – but viewers hope he's about to get his comeuppance. 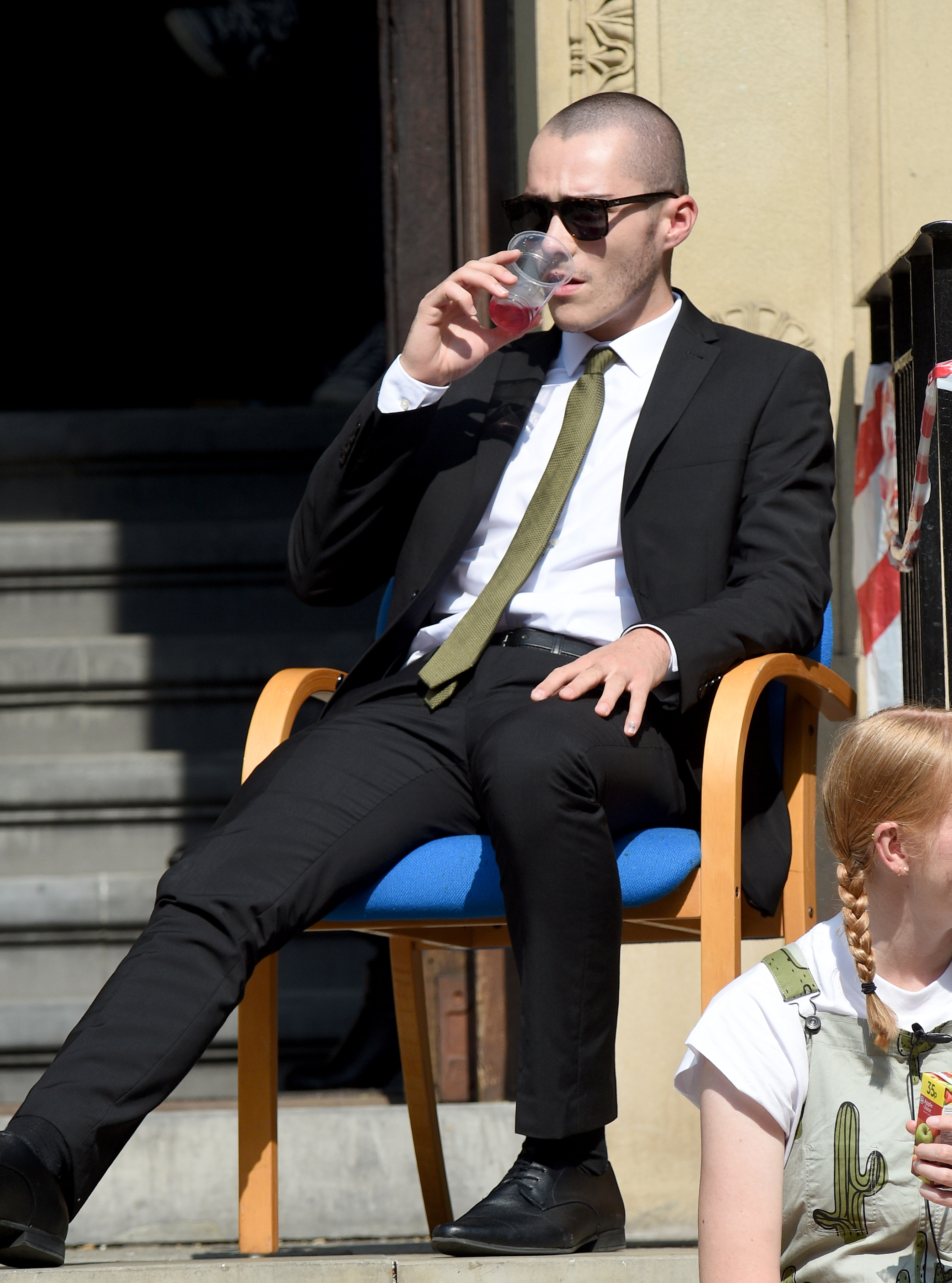 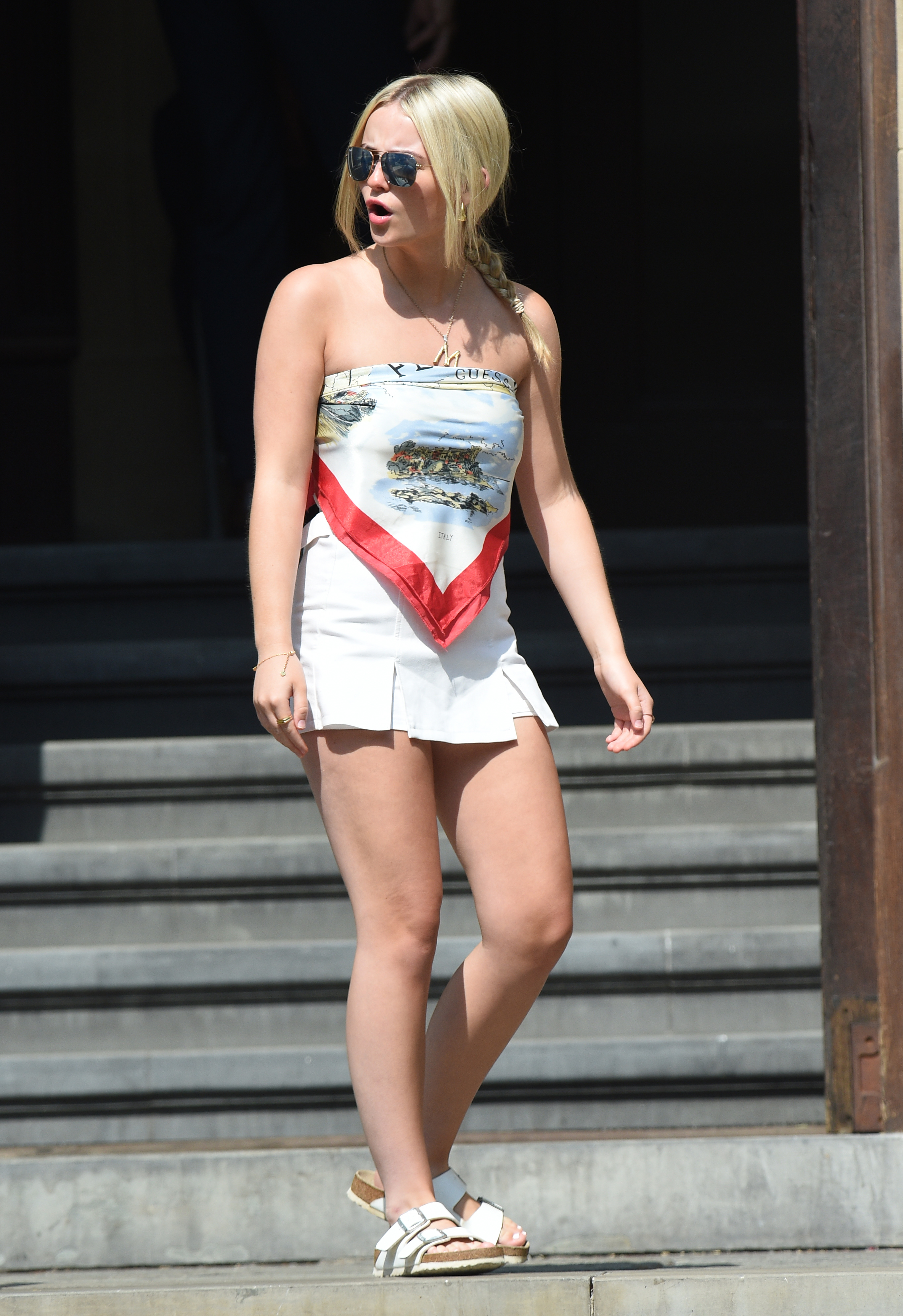 Fans have eagerly awaited the trial of the killer schoolboy – played by actor Maximus Evans in the ITV soap.

Max was seen taking a break from filming the tense trial as he dressed in a dark suit, white shirt and green tie.

Nearby was Toyah Battersby actor Georgia Taylor, who sat down in a chair in the shade and clutched a water bottle, and 17-year-old actress Millie Gibson popped outside for some fresh air, standing on the courthouse steps.

The actress, who plays Kelly Neelan, wore white shorts with a handkerchief top and a necklace with an M pendant.

While others in Corey's gang pleaded guilty to killing Seb, Corey has tried to swerve justice.

He tried to get away with Seb’s murder by turning on his friends and claiming they killed Seb.

However, a running app on his phone showed him visiting an alleyway on the night of the attack and then returning two days later.

Police also discovered – after Asha handed his phone in to the cops – that he'd dumped the clothes he was wearing on the night Seb died.

While Corey lay in hospital recovering from being drugged and falling down the stairs, the police questioned him.

He denied murdering Seb and said he tried to help him – but admitted discarding the clothes he wore on the night of the attack.

The builder – who was played by actor Harry Visinoni – died after suffering catastrophic injuries from the brutal attack on him and girlfriend Nina Lucas.

While Nina woke up from her coma, Seb’s brain function was impaired

In an emotional powerhouse of an episode, Seb’s mum Abi was left broken as she was told his brain was no longer functioning.

And when Nina woke up she mumbled something about seeing Corey shortly before the attack. 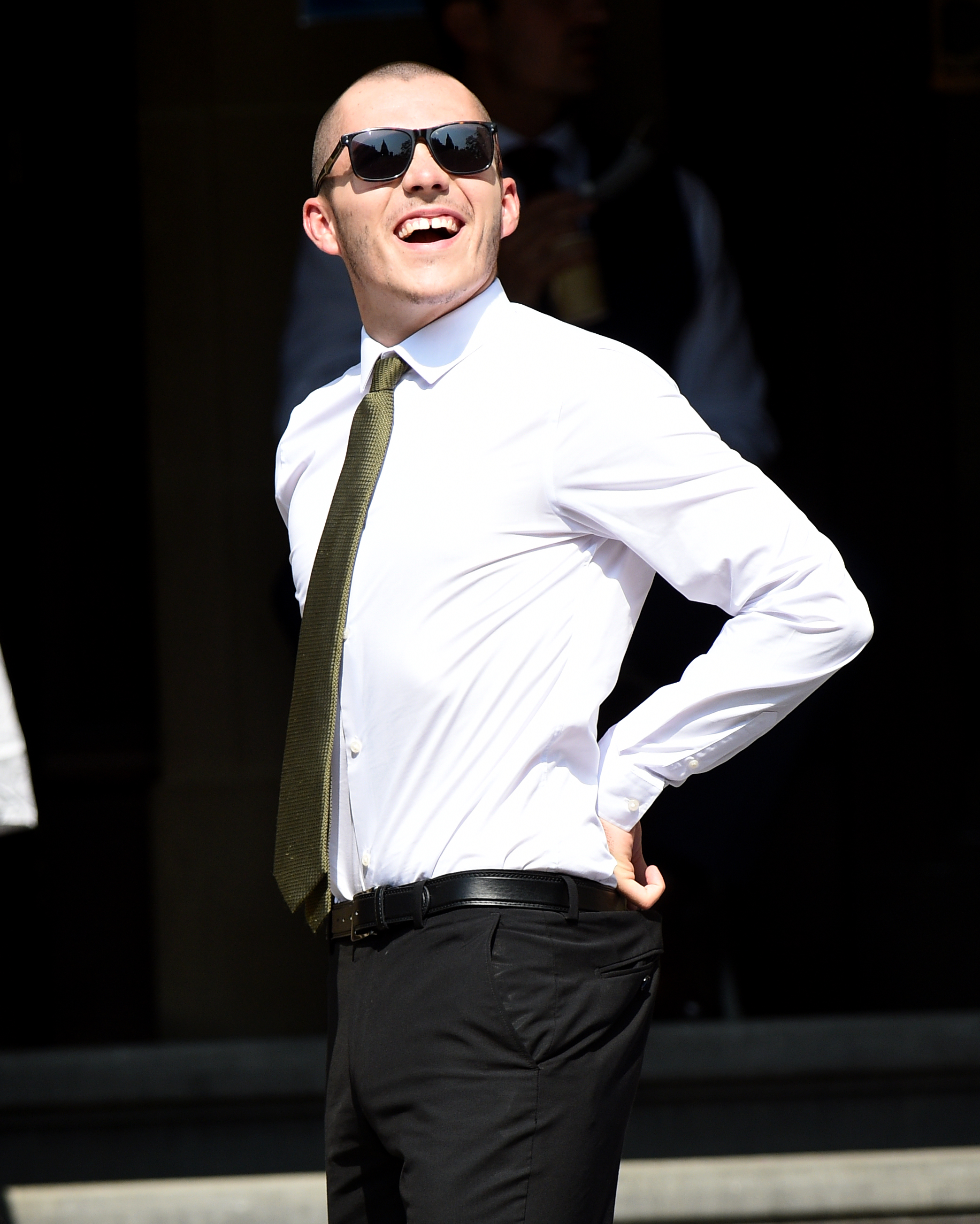 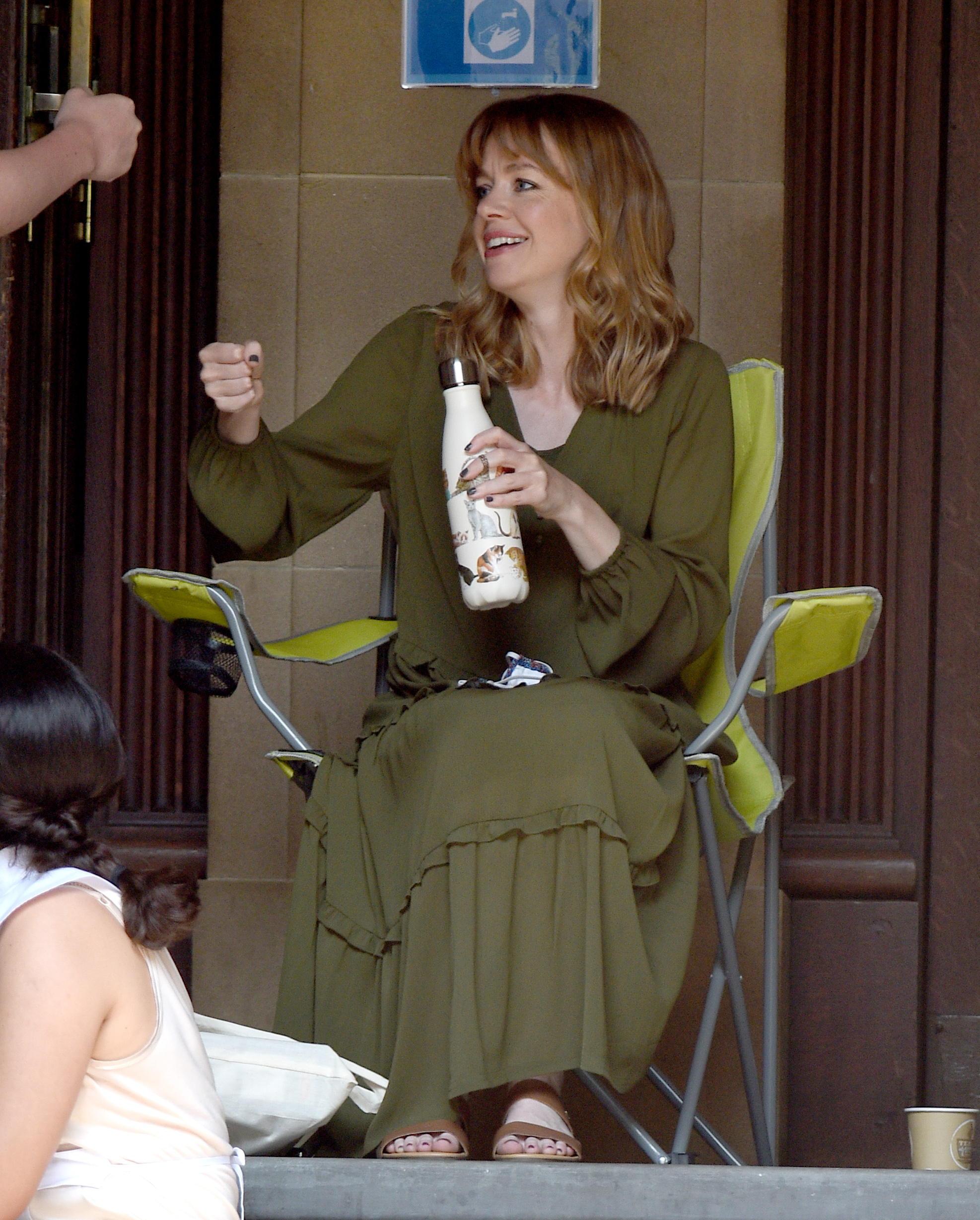 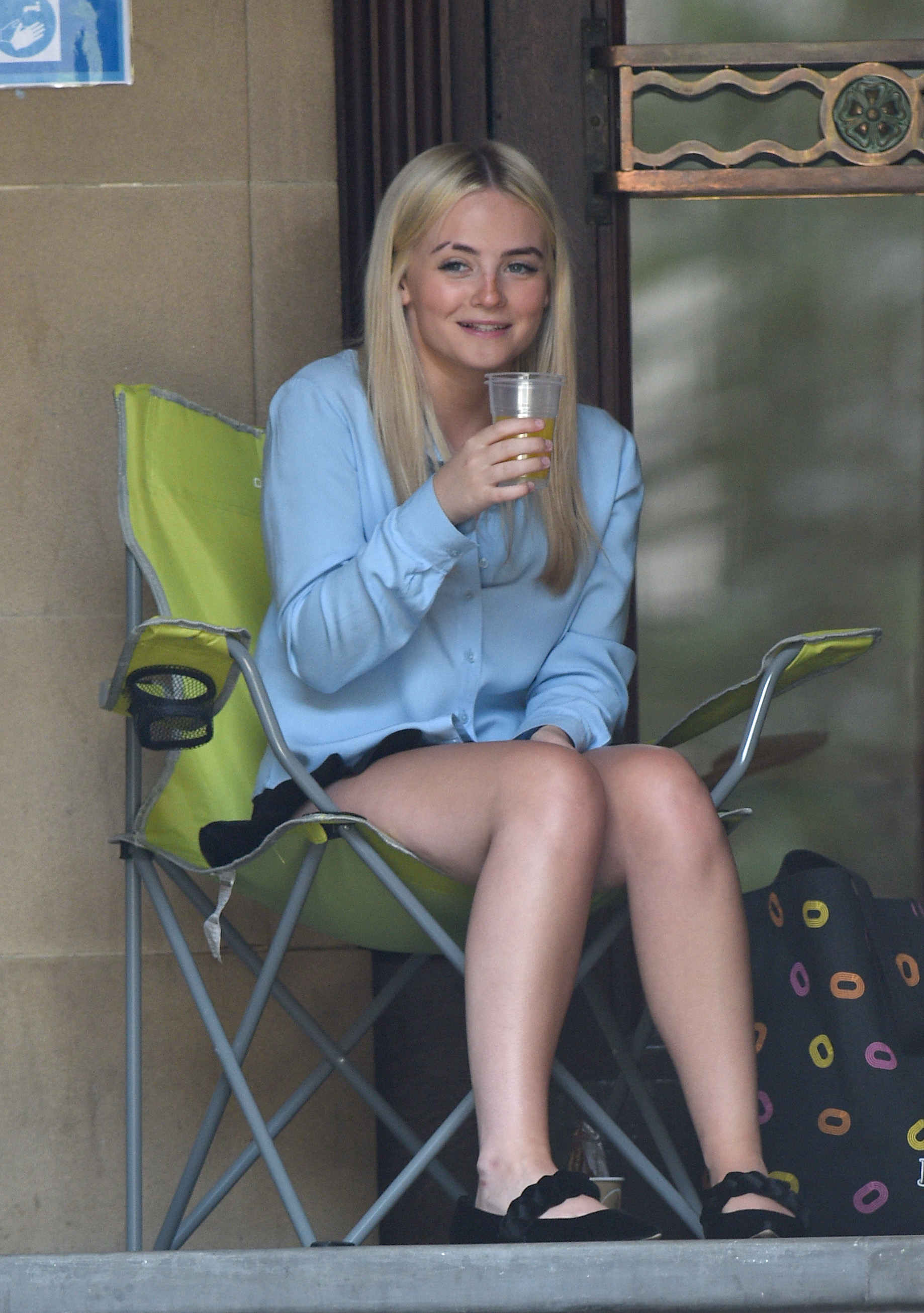