Coronation Street: Asha tells Dev that she is dating a girl

Simon Barlow (played by Alex Bain) has the sole responsibility of looking after Leanne Battersby’s (Jane Danson) welfare after discovering his mum had lied about spending Christmas in France on Coronation Street. However, when Leanne continues to refuse help or admit she’s not coping, will Simon be the one who suffers?

In upcoming scenes, Nick Tilsley (Ben Price) asks Leanne to meet him for lunch in the bistro.

She’s reluctant but decides she has to make more of an effort for Simon.

The teenager has been desperately trying to help his mum and Leanne has no idea the stress he’s put himself under to keep them financially secure.

Over lunch, Leanne pretends Imran Habeeb (Charlie de Melo) has agreed to keep her job open for her. 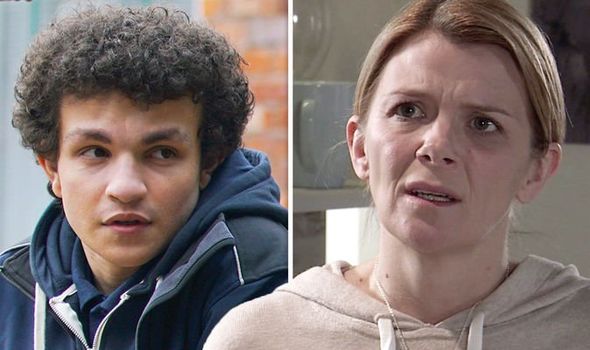 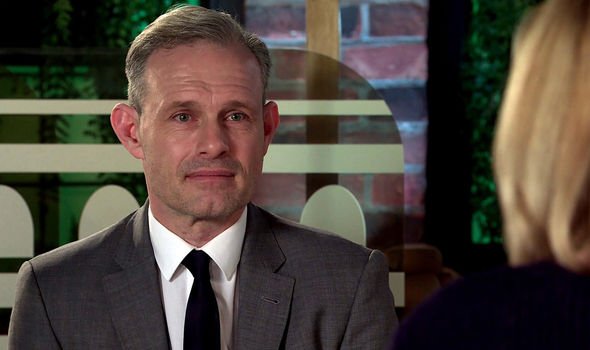 She lies to Nick and neglects to tell him she’s struggling to pay the bills.

Simon keeps her secret yet again and all the pressure of keeping the flat afloat falls to him.

Leanne ends her lunch with Nick who has no idea how badly his partner is suffering.

The grieving mum visits Oliver’s apple tree in Victoria Garden and thanks Simon for his support. 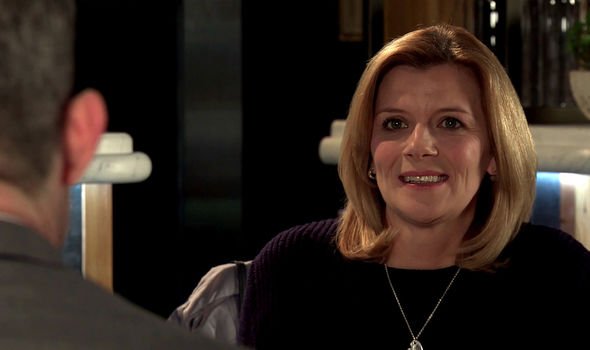 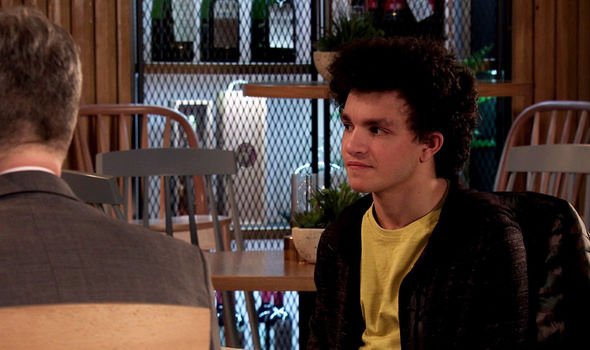 Making sure his mum has no idea how stressed he is, Simon assures Leanne he’ll be there for her whenever she needs him.

Despite being desperate to share the load with someone else, the teenager keeps his mum happy.

He tells her she doesn’t need to tell anyone else the truth about their financial situation.

Leanne shows her adoptive son a feather she’s found convinced it’s from Oliver and a sign he’s at peace.

Simon’s pleased his mum seems comforted by the discovery but is horrified when she seeks comfort with a psychic.

Leanne books a consultation with Crystal Moon, a TV psychic who tells her what the feather means for a fee.

The psychic assures the grieving mum the discovery is a sign of Oliver’s love for her.

Simon looks on horrified, concerned his mum will end up spending the little money they have on psychics taking advantage of her grief.

The teenager has taken on a new job to try and keep some money coming into the flat and has repeatedly urged Leanne to reach out to Nick.

Leanne doesn’t want her partner to know she’s struggling but it’s meant the pressure of keeping the flat afloat has fallen on Simon’s shoulders.

The teenager gave up a chance to go on a date with Kelly Neelan (Millie Gibson) and has taken money from his shady co-worker as he prioritised his mum’s welfare.

Will the stress get too much for Simon as he realises Leanne doesn’t want to accept help and begins to resent her for turning to a psychic?

Coronation Street airs on ITV on Mondays, Wednesdays and Fridays at 7.30pm.