Kelly Neelan (played by Millie Gibson) is determined to find out what has happened to her father, Rick Neelan (Greg Wood) after he disappeared from her life last year. The teenager is becoming increasingly frustrated at the lies being spun and is particularly targeting Gary Windass (Mikey North). In amongst the chaos of her life, Simon Barlow (Alex Bain) has appeared as a voice of reason and in upcoming weeks of Coronation Street, the two will become more than friends.

“What are you playing at?” Simon said rushing over. “Kelly, I can’t let you do this. You’re off your head!”

“That lying scumbag has done something to my dad and he’s not going to get away with it. This is payback,” she shouted.

“I know you’re angry and upset, but this is not the way to your own back, you’re just going to get yourself in loads of trouble,” he tried to reason. “If you carry on going this, the police will be here in a second.” 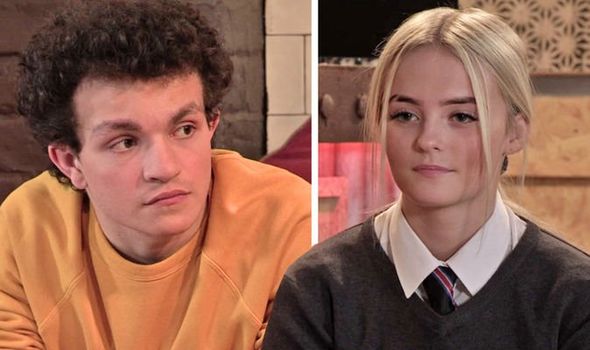 We will use your email address only for sending you newsletters. Please see our Privacy Notice for details of your data protection rights. Coronation Street spoilers: Shona drops pregnancy bombshell on David?

Simon managed to convince her to get a drink with him at Speed Daal, and this was an opportunity for the two to get to know on another a little more.

Simon spoke about Peter Barlow’s (Chris Gascoyne) health decline and Kelly said “foster care was the best thing that ever happened” to her.

Before she left, she asked Simon whether he would like to meet up again and they arranged to meet the next day.

Unfortunately, despite best laid plans, Simon’s personal life will get in the way of spending time with Kelly. 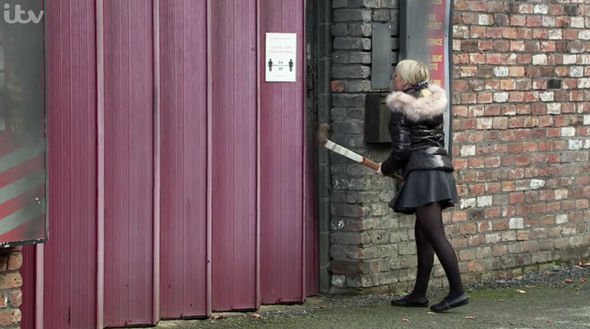 Next week, he will apologise to her for standing her up and instead she suggests they do something there and then together.

But when he makes excuses, Kelly storms off.

The reason why Simon refuses to agree to spending time with Kelly is because of Leanne Battersby (Jane Danson).

She lied to her family and told them she was going to France for Christmas and New Year, when in fact, she has been hiding out in her flat alone. 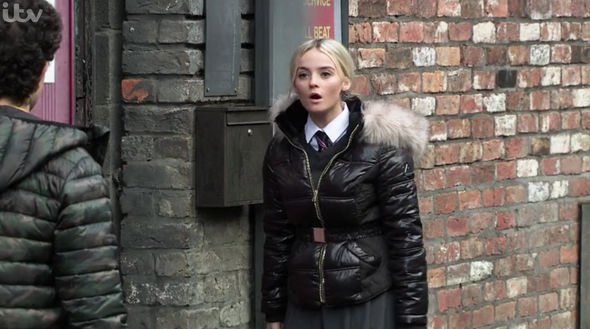 Now knowing the truth, Simon is determined to help his step-mother and tries to encourage her to get showered, dressed and eat something.

But Leanne is unable to do anything and flees to her room in tears eaving Simon feeling helpless.

Worried about Simon, Nick Tilsley (Ben Price) lets himself into the flat and is shocked to find Leanne sitting on the sofa.

Leanne lies to Nick, claiming she just got back from France. 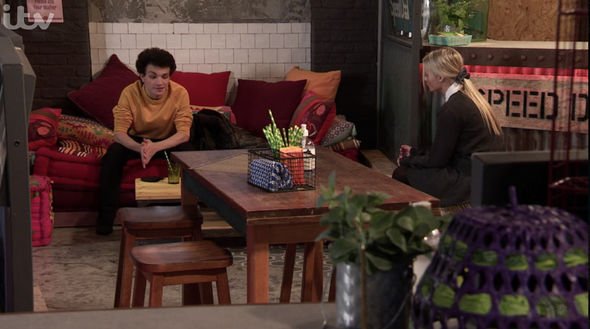 And as soon as Nick leaves, Simon urges Leanne to see that Nick is suffering too and she needs to be honest with him about her feelings.

In heartbreaking scenes, Leanne hits out at Simon and retorts that Oliver wasn’t Nick’s biological son and this hits a nerve with Simon.

Realising she is utterly exhausted, Leanne wants to go to sleep, but demands she needs medication to help her.

Coronation Street fans will see Simon give Leanne one sleeping tablet and hides the rest of the packet as a precaution.

The next morning, Simon is pleased when Leanne emerges dressed and ready for the day, feeling hopefully she is turning a corner.

Will Simon be able to confide in Kelly about the things going on in his life?