Sally (played by Sally Dynevor) hasn’t had a role in the coercive control storyline on Coronation Street as of yet, with recent weeks focussing on Geoff (Ian Bartholomew) getting a greater grasp of his abuse he’s inflicting on Yasmeen (Shelley King).

Since Yasmeen arrived on the ITV soap in 2014, she and Sally have constantly been at loggerheads as they’ve both become respected members of the Weatherfield community.

Although they have no malice towards one another, the pair have always been locked in competition with one another over neighbourhood get togethers and the like.

However, could Sally’s role in the storyline being held back as she will be the one to uncover Yasmeen is being abused by Geoff?

When the pair were split, with Geoff living under the same roof as Tim Metcalfe (Joe Duttine) and his wife Sally, he managed to humiliate Yasmeen by spreading lies about her.

Geoff told Yasmeen he didn’t have long to live after letting her believe he had cancer, but after she told Tim and Sally the news, he backtracked and revealed his partner had got the wrong end of the stick.

Knowing Yasmeen longer than she’s known Geoff however, could this be the catalyst to begin Sally’s doubts over her father-in-law’s intentions towards her neighbour?

As Sally does some more digging, she may soon realise Yasmeen hasn’t got much contact with the rest of the community, despite the works she’s done since arriving on the cobbles five years ago.

With Yasmeen’s granddaughter Alya Nazir (Sair Khan) being pushed out the picture as a part of Geoff’s manipulation and the villain continuing to isolate his partner from her friends, the pensioner is beginning to have limited access to people she can confide in about her troubles.

Being the nosey neighbour she is, Sally may take it upon herself to spend more time with Yasmeen out of sight of Geoff’s prying eyes and discuss what’s been going on between the pair. 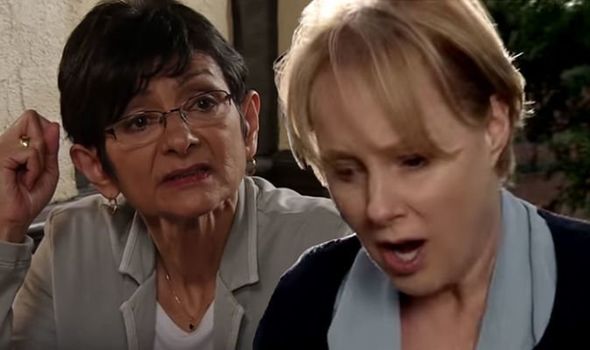 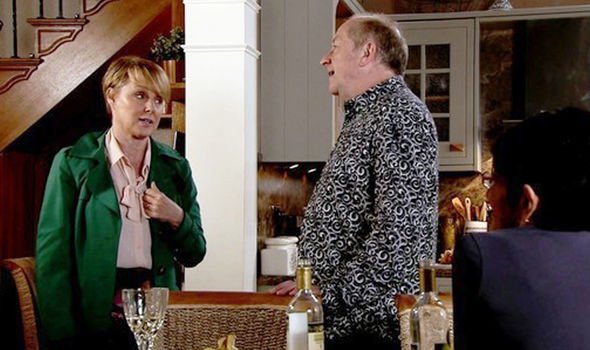 Victims must be supported every step of the way

As Yasmeen innocently tells Sally about the friction between her and Geoff, she may not realise her partner has sprung a completely different tale to Tim and his wife.

Knowing the stories don’t add up, Sally could discover Geoff has been abusing her neighbour through the means of coercive control and instead of landing Yasmeen in further danger, encourage her to leave her father-in-law.

Speaking about the potential of Yasmeen breaking ties with Geoff, Charlotte Baker, Barrister at Family Law Attorney’s 4 Paper Buildings told Express.co.uk: “It takes incredible bravery to leave an abusive relationship – the victims that do so must be supported every step of the way.”

Could Sally be the support Yasmeen needs as her ordeal races a head?

It seems however the harrowing plot is to play out some time yet, with the soap trying to accurately portray the reality of Yasmeen’s situation. 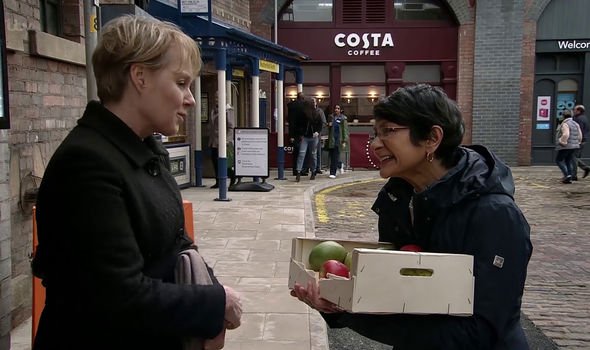 “On the outside, abusers might seem like nice people, but behind closed doors it is a very different story,” Charlotte continued.

“It can be difficult to recognise non-physical domestic abuse for what it is, both for victims themselves and for the friends and family around them,” the barrister added, so Sally’s discovery could come a lot later down the line.

Speaking of the soap tackling the subject, Charlotte explained: “Playing out abusive relationships on TV gives viewers a glimpse into what life can look like for victims of domestic abuse.

“Watching Geoff and Yasmeen might even be the first time that a victim, or a victim’s friend or relative, starts to question what is going on around them.

“Most victims will tell you that the mental anguish of being controlled and spending your life walking on eggshells is just as bad as any physical abuse.”