Ray (played by Mark Frost) has been secretly buying up the properties and businesses on Coronation Street in order to develop the area and build a skyscraper right on the cobbles. After weeks of speculation, the theories about who his business partner could be were confirmed as businesswoman Debbie’s (Sue Devaney) true motives for being back on the ITV soap were revealed, no thanks to mechanic Abi Franklin (Sally Carman). With it being made clear the ruthless villains have a past together, could it be that Kevin Webster’s (Michael Le Vell) sister is going to double-cross her ex-boyfriend in a bitter revenge twist?

Speaking with Express.co.uk and other publications, returning soap star Sue, 53, discussed her character’s dark past with Ray.

The actress said: “Debbie, she’s a property developer and she’s been living in Turkey for quite a few years and she is back on the cobbles because she heard about a development that was happening and she wanted to get involved in it because that’s where she was brought up.

“She’s known Ray because she used to go out with him back in the day, so that’s why she got involved,” she added, but everything wasn’t so plain sailing between the ruthless villains.

“Debbie has always gone for the bad guy. She’s always fancied the rough and ready bloke, which has been Ray, obviously.

“And I think Ray really hurt her in the past so she really through herself into her work, then,” Sue explained. 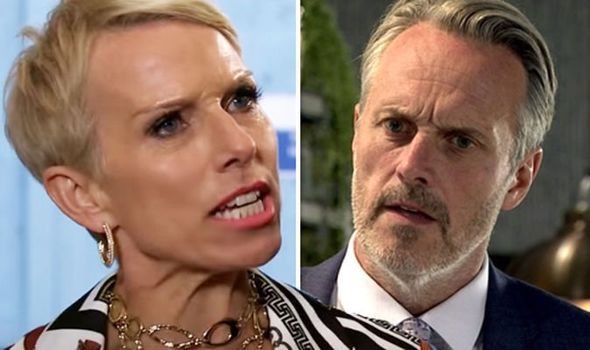 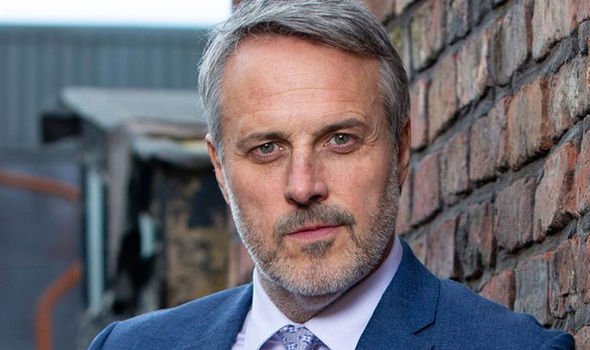 Following on from Sue’s comments and how Debbie grew up on the cobbles, she could be working from the inside to destroy her former lover’s plans.

Knowing how manipulative and how sleazy he can be, the businesswoman might have thought the only way to get the intel was to integrate herself into his plans.

This way, as his business partner, she would have a say on what developments do and don’t go ahead in Weatherfield.

Upcoming episodes will see her going around the cobbles, trying to convince her brother’s neighbours they should be selling up. 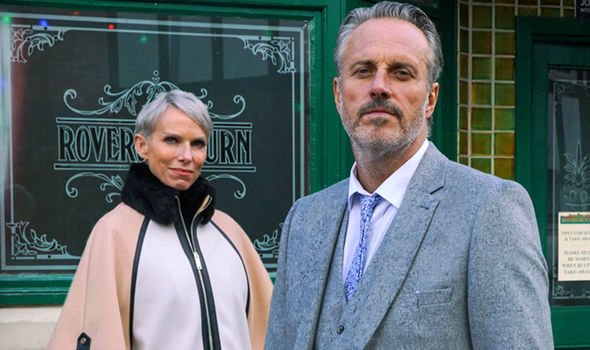 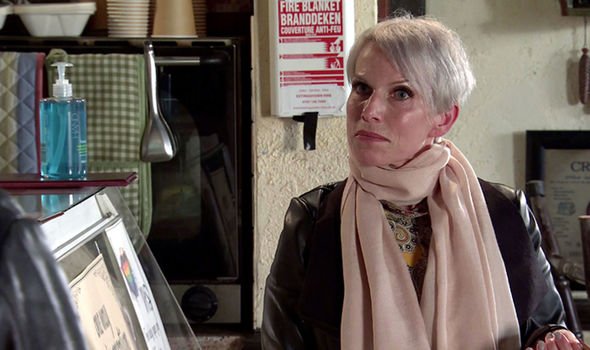 Even though they might end up making a deal with the devil, Debbie could have woven into the contracts they can buy back their properties at a significantly lower price.

This way, she would teach Ray a lesson about what it’s like to have something you care about ripped away from you.

As the aggrieved ex-girlfriend, Kevin’s sister could ultimately be the person to single-handedly save the future of Weatherfield.

Will the savvy businesswoman really get the revenge she has been waiting for so long to inflict on the man who did her wrong?

Sue teased, however, her character could be just as villainous as Ray and could very well be set to change the face of the cobbles forever.

The actress said: “Debbie does have a soft spot for him and she doesn’t know how letchy [sic] Ray is because when she knew him, he was just a womaniser.

“He promised her the world and was also promising another 10 women at the same time. So I don’t actually think Debbie knows who she’s got involved with this time around.”

When the businesswoman does eventually learn the truth about her former lover, will she try to overthrow him so she has the upper hand and sole control of the project?

This would make her public enemy number one for turfing people out of their homes and businesses purely so she can have extra cash in her back pocket.

All the drama is leading up to the soap’s 60th-anniversary episodes at the start of next month, which will see Ray and Debbie’s plans become common knowledge.

Furious with the redevelopment which is set to change the cobbles forever, the residents come together to put up a united front against the pair as the bulldozers arrive.

Will the villains be forced to accept defeat, or will they stand strong together and ruin the lives of so many to feed their glorious empire?