IMRAN Habeeb sinks to a horrifying new low next week in Coronation Street as his horrifying blackmail plot continues.

Imran’s ex-wife Sabeen is forcing him to join her on Harvey’s lucrative appeal case – or she’ll reveal his one night fling with a stranger on the night of Kelly Neelan’s verdict. 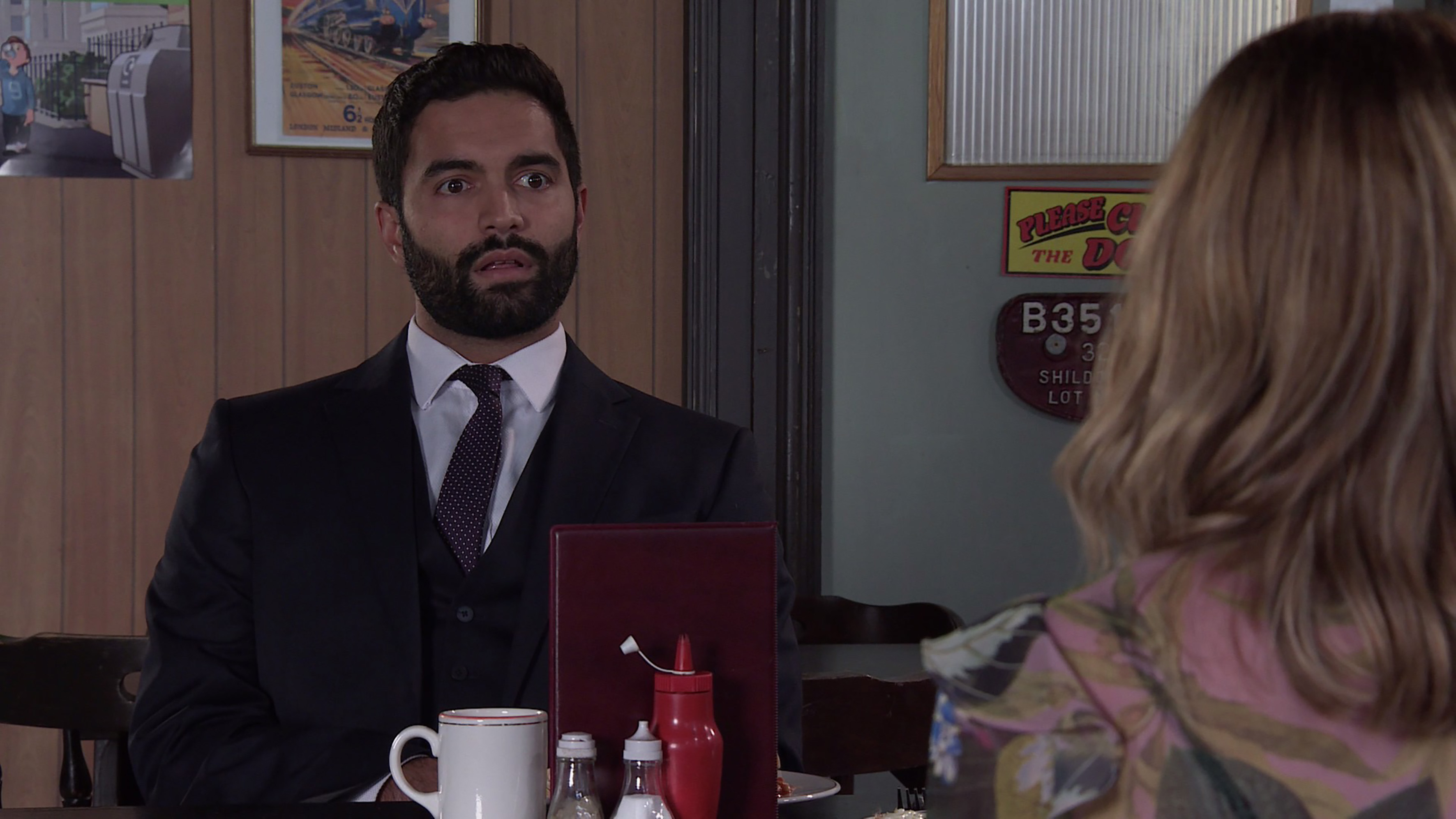 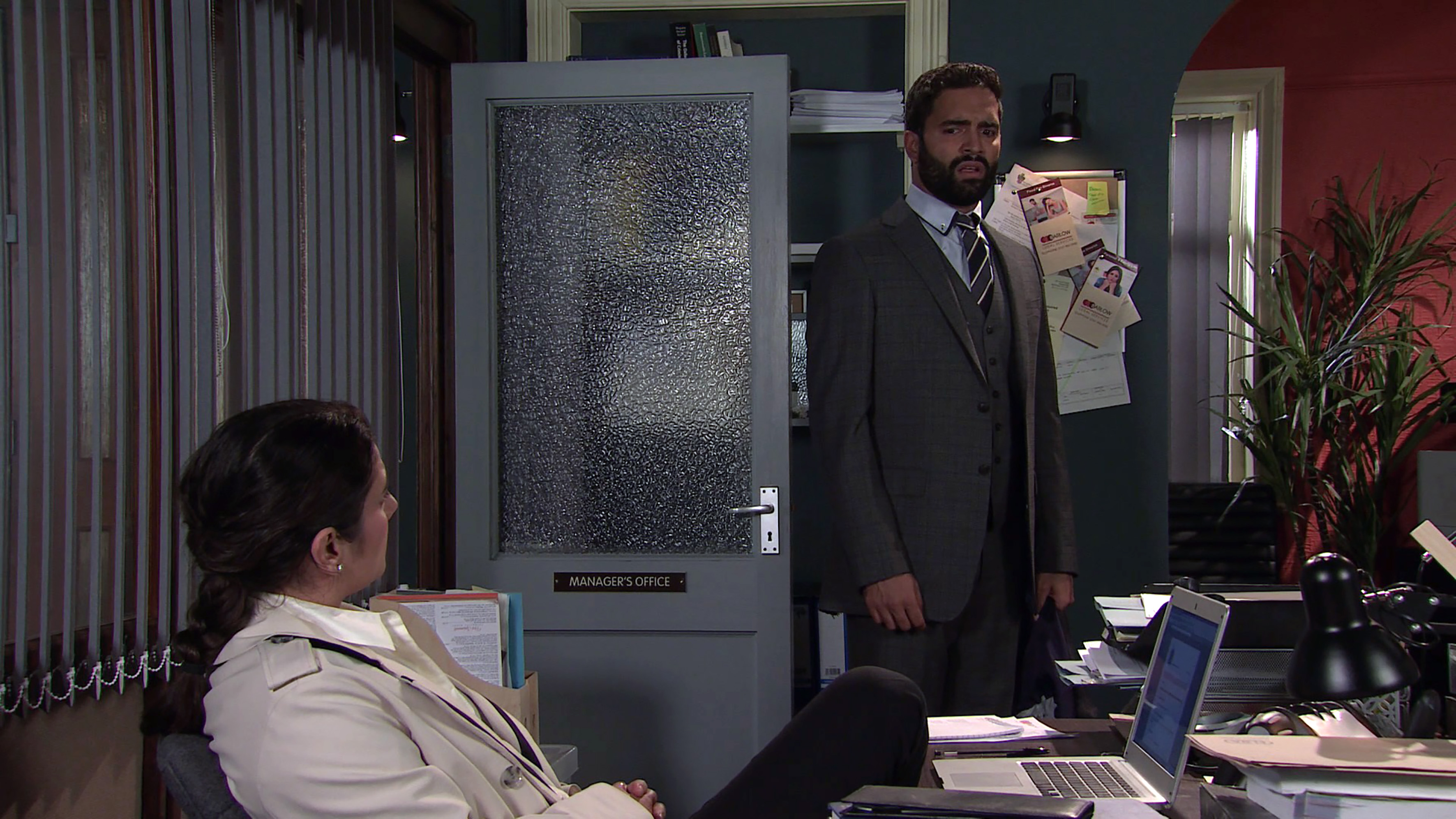 Next week, Toyah excitedly tells Imran that social services have called and that they’re going to be fostering a four-year-old.

Later, Imran corners Rita in the Rovers and compares her fostering experiences to his own.

When he gets a chance, he quizzes her about Sharon.

When Rita reveals that Sharon still calls and sends the odd text, Imran is intrigued.

With Rita distracted, Imran takes her phone but is horrified when it starts ringing.

Later in the week, Imran struggles to cope as he tries to juggle the arrival of Elsie with Sabeen’s threats.

Things only get worse for Imran when Rita sees through Imran’s attempts to ingratiate himself with her.

Imran tells Sabeen that the blackmail has to stop, but will she listen?

Later in the week, it all kicks off as Imran comes clean to Toyah about Sabeen’s blackmail plan and his one night fling with a stranger.

But has he told her the entire truth?

With Elsie about to arrive, Toyah scarpers and bumps into Peter in Victoria Gardens, who tells her not to give up on what she and Imran have.

Toyah returns to the flat all smiles for the social worker, but has she actually forgiven him?

It’s not looking good for Imran later in the week as Toyah finds out from Simon that Imran borrowed a phone in an attempt to uncover information about Sharon.

With Imran looking after Elsie, Toyah steals his phone and looks through his messages.

Toyah then confides in Peter and tells him what Imran has been up to.

Meanwhile, Sabeen storms into Imran’s office and tells him she’s been accused of misconduct and had all her cases taken off her.

She warns him that he has made an enemy out of villainous drug lord Harvey for life.

Harvey is set to return to the cobbles this autumn and resume his reign of terror.

Recent filming pictures show the criminal escaping from a flipped prison van, despite sporting a bandaged hand and wearing handcuffs.

Could Imran and Toyah find themselves in Harvey’s firing line? 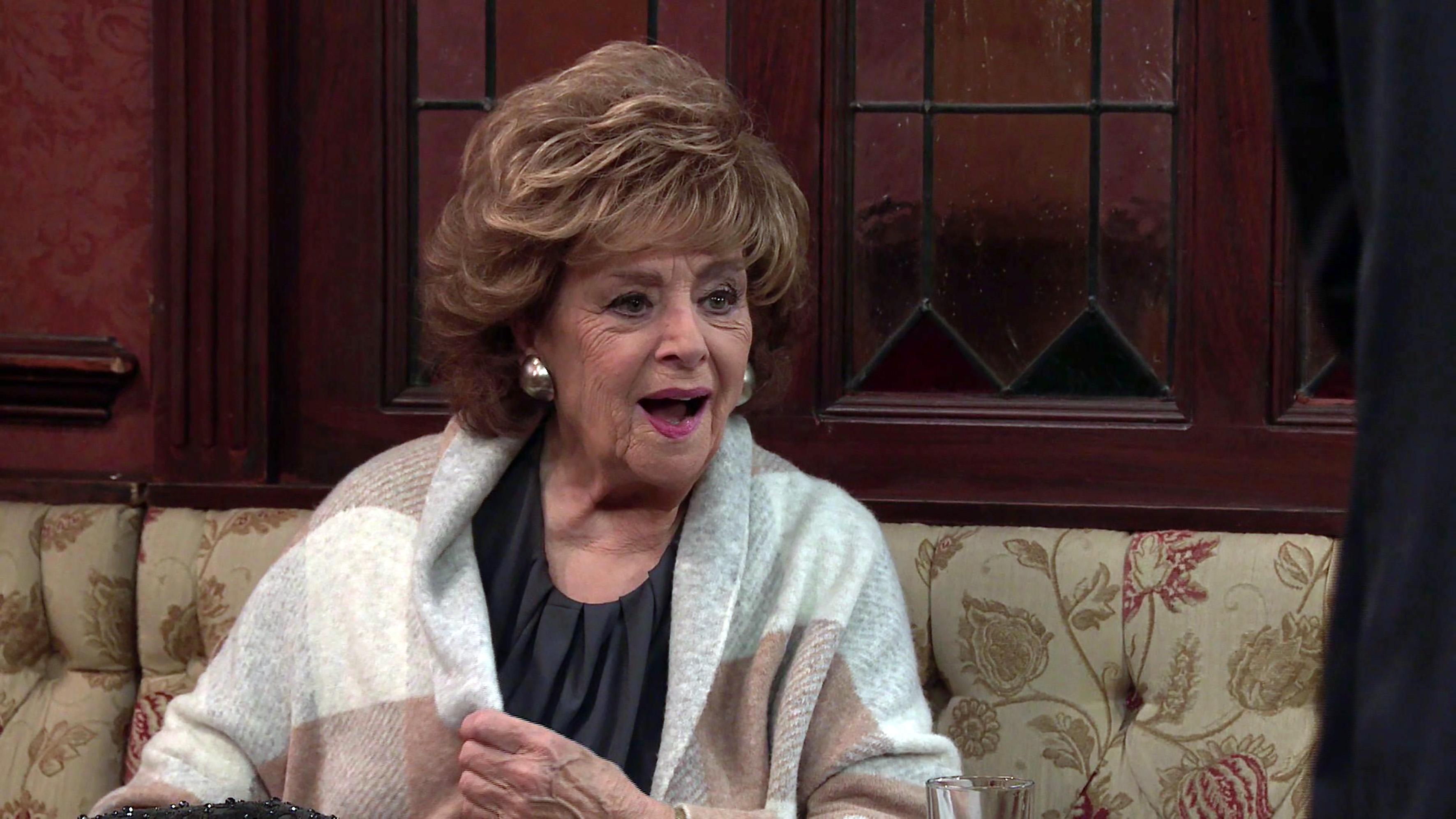 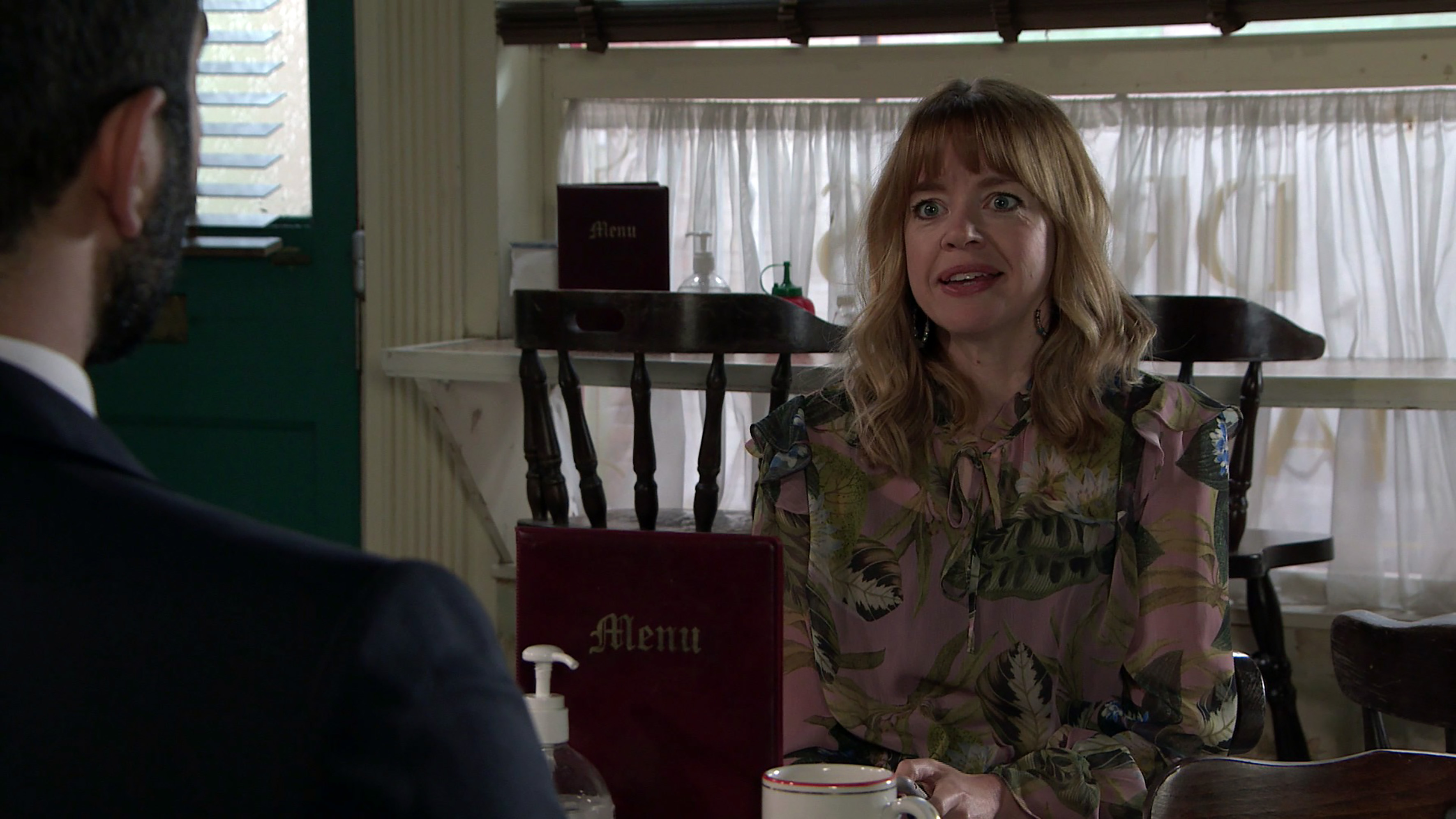 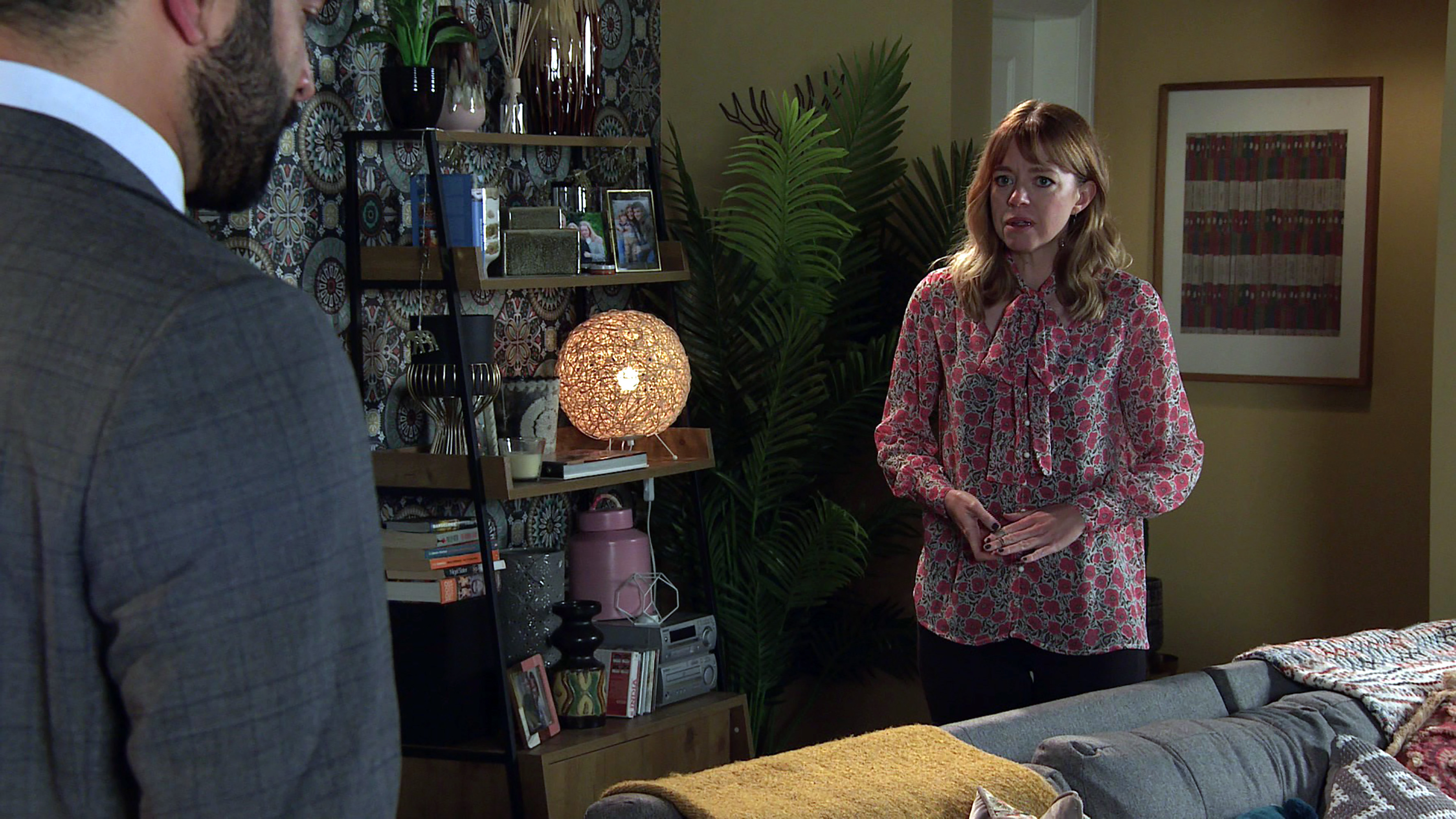