Gail (played by Helen Worth) and David (Jack P Shepherd) were left horrified a few weeks ago when a gaping sinkhole opened up in their back garden on Coronation Street. Little do they know Ray Crosby (Mark Frost) was behind it and the businessman has been pestering them to sell up as they can’t afford to fix it. With the family being stubborn and him still wanting to drive forward for his plans for Weatherfield, the villain recruits Gary Windass (Mikey North) to help him. However, will the pair follow through with their mission and result in the loss of two of the ITV soap’s biggest characters?

The drama kicks off next week when David is told that his wife Shona Ramsey’s (Julia Goulding) caseworker Aaron is reducing his hours as they no longer need supervising.

Worried at how he will cope, the father-of-two is told to be honest with his other half about how he’s feeling.

Disaster soon strikes as his spouse makes reference to the fact her husband was raped a couple of years ago and although he is left horrified, he assures his love interest they will get her back to her old ways in no time.

A the same time, Ray is still trying to come up with ways to manipulate the iconic family and tells Gary he needs to get the Platts to sell their house.

However, when the loan shark tries to talk with his former brother-in-law to be, he discovers the family man has already knocked back an offer from the villain as he doesn’t want to uproot his wife and children. 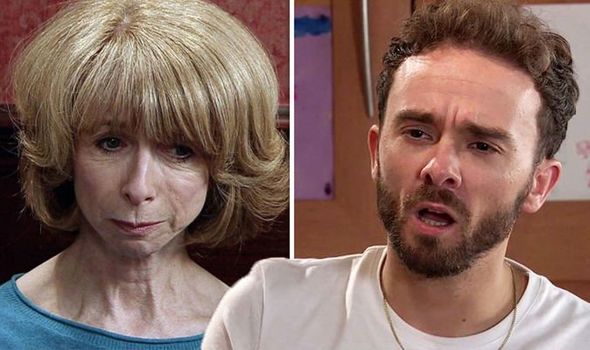 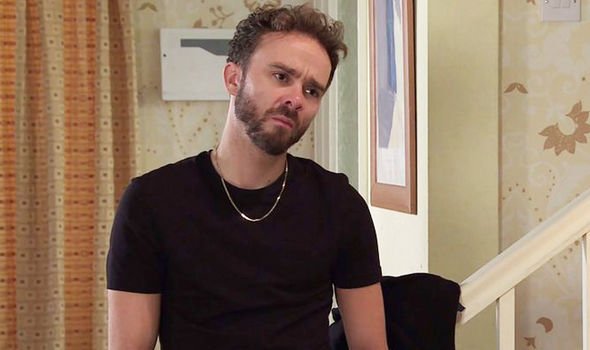 Trying to find even ground, Gary tells David he should accept the offer from one of Ray’s associates but strike a deal so he can rent the house back of them.

Though, it seems the loan shark didn’t know the extent of the villain’s plans as he feels guilty when the businessman explains he’s going to turf Gail and her family out on the street.

At the same time, the father-of-two is still in two minds whether to sell but Shona gives him some reassurance as she says she doesn’t mind where they live as long as they are together.

Later in the week, the hairdresser bumps into Gary and he explains he’s rang Ray’s associate Roxy and told her he would only sell if she agreed to his terms. 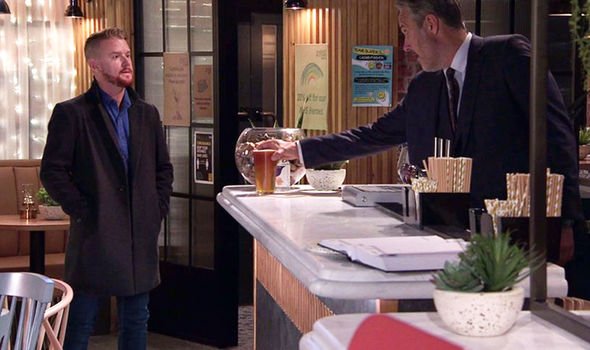 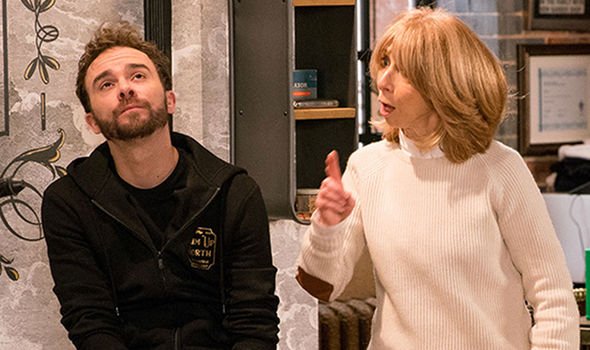 Gail is furious to learn her son has made such a deal to sell the house, but David explains the investor is going to rent it back to them.

As well as keeping the property, the father-of-two also believes the sinkhole will be fixed and he doesn’t have to uproot the children.

However, his mother isn’t convinced and believes they might still have to leave the cobbles and move out their home.

Could this be the end of the Platt family’s time in Weatherfield as they’re lied to by the two villains of the soap?

Although Gary was meant to marry into the Platt family, it seems his allegiances have changed following his turn to the dark side.

It is in fact his wife Maria Connor (Samia Longchambon) who urges him to join forces with Ray as the couple are fed up of being looked down on by their neighbours.

Therefore, the businessman agrees to work with the loan shark as he believes he will have an upper hand when it comes to making the residents of Weatherfield sell their properties.

Though, Gary’s first mission in trying to boot David out shows he might not be as cut out for the job as he first thought.

In no time at all does the loan shark change his mind as he overhears a conversation which demonstrates David’s vulnerability.

With Shona having upset a customer at the barbers, they return to the salon to take photos of the business as they threaten to take legal action.

The father-of-two explains if they do so, he will be out of business which provides a livelihood for him and his family.

Gary is close by and hears the beloved character could be in trouble, so can he force his hand to sell the salon too and leave the family with no choice but to leave the cobbles?