Edison Bailey (played by Trevor Michael Georges) first appeared on the ITV soap last month as the new proprietor of No.3 Coronation Street, as well as taking over the deeds to the builder’s yard.

It may have only bene a couple of weeks, but the Bailey family have already caused a stir, with Edison’s wife Aggie Bailey (Lorna Laidlaw) clashing with neighbours Ken Barlow (William Roache) and Claudia Colby (Rula Lenska), as well as son Michael Bailey (Ryan Russell) trying to woo the ladies.

Youngest son James Bailey (Nathan Graham) has kept out the way however, keeping his attention focussed on his football career as the rest of the Bailey clan try to settle in Weatherfield.

As a builder by trade and trying to be neighbourly, Edison has recently undertaken one of his first major jobs on the cobbles by helping Roy Cropper (David Neilson) with his botched electrics and with things running like clockwork, it could all be about to change.

The builder’s yard isn’t the most trustworthy of places in Weatherfield if residents want an easy life during their time on the cobbles as the business’ previous owners have very chequered pasts.

Before Edison took on the deeds from former owner Jason Grimshaw (Ryan Thomas) the builder’s yard was being run by the soap’s latest super villain, Gary Windass (Mikey North) who lost this grasp on the business after he suffered finical troubles.

Before then, Jason left his business in the hands of ruthless serial killer Pat Phelan (Connor McIntyre) after his mother Eileen Grimshaw’s (Sue Cleaver) boyfriend persuaded him to leave Weatherfield following the death of his father, Tony Stewart (Terence Maynard).

With Edison now the rightful owner of the business, it seems the builder’s yard is in safe hands but the newcomer could soon be in serious danger.

Although he no longer has a hold on the builder’s yard, Gary’s had a taste of what it takes to walk in Pat’s shoes and could be seeing his sights on reclaiming the business through hell or hot water.

Since he lost hold of the builder’s yard, Gary has taken on a new business venture by becoming the latest loan shark to stalk the cobbles after killing his predecessor, Rick Neelan (Greg Wood). 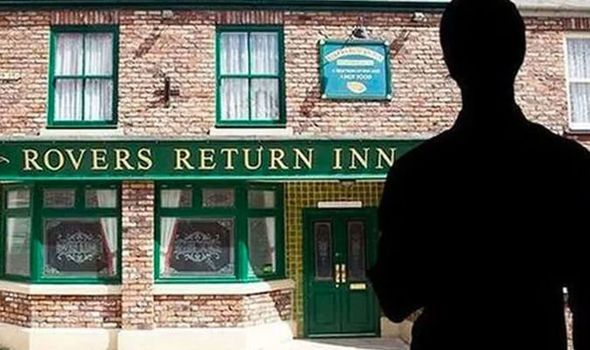 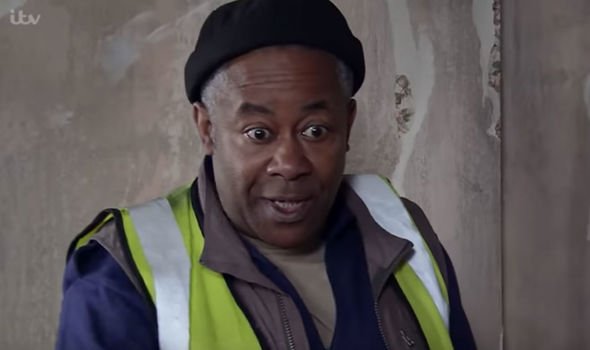 Building is never a safe job

With the cash rolling in, Gary could go about taking the builder’s yard from under Edison’s feet but knows he would have to take out the newcomer to buy the business as Aggie would likely sell up shop.

Edison previously denied Gary the right to work for him after losing his hold on the business, so could this give the super villain even more motive to take down the new owner?

Trevor Michael Georges, who plays the newcomer, spoke abut his character’s future and whether he was worried about taking on the Weatherfield haunt.

“Building is never a safe job anyway and you’re just constantly solving problems, so I doubt it’s going to be any worse than it’s been before,” the actor explained to press, including Express.co.uk.

Despite Trevor’s optimism and as Gary’s reign of terror continue, could Edison soon find himself a target of the super villain? 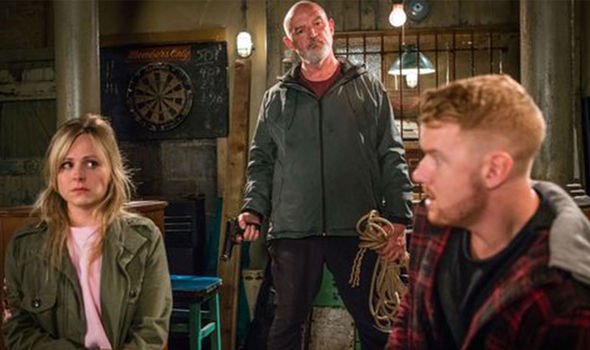 Edison has only just arrived on the cobbles so his death could be sometime away but Gary Windass star Mikey North, 32, recently revealed his character’s killer ways will be playing out for some time.

Teasing Gary’s future, Mikey explained: “Our producer Iain MacLeod says this is by no means an exit storyline.

“Obviously producers come and go, but Iain has specified this is not planned as Gary’s exit and they want to keep him as a long-term villain, more of an anti-hero than in the Pat Phelan mould.

“There are storylines coming up in the year and beyond that test him further and put him in situations where he must decide whether to kill again,” the star told Radio Times.

Will Gary’s murderous ways go undetected long enough for him to take out Edison, or will he be caught before the builder’s yard owner becomes a victim?