Coronation Street viewers saw Geoff Metcalfe (played by Ian Bartholomew) frantically trying to find £5,000 he had left in Adam Barlow’s (Sam Robertson) office this evening but unbeknownst to him, it had been taken by the latter’s brother Daniel Osbourne (Rob Mallard). However, with Geoff instantly thinking Alya Nazir (Sair Khan) was responsible, he soon ended up revealing a bit too much, leaving his nemesis suspicious of his next move – but will she be able to stop him in his tracks?

How is Boris Johnson handling the coronavirus crisis? Vote in our poll

Geoff was finally rumbled by his family earlier this month after they discovered his abuse of Yasmeen Nazir (Shelley King).

Son Tim (Joe Duttine) turned against him as did his granddaughter Faye (Ellie Leach), which proved difficult for Geoff to stomach.

However, with Geoff still roaming free around Weatherfield, it seems he may have realised his days are numbered.

This evening, Geoff realised he had misplaced £5,000 in cash – but there may have been a reason why he was walking around with so much money. 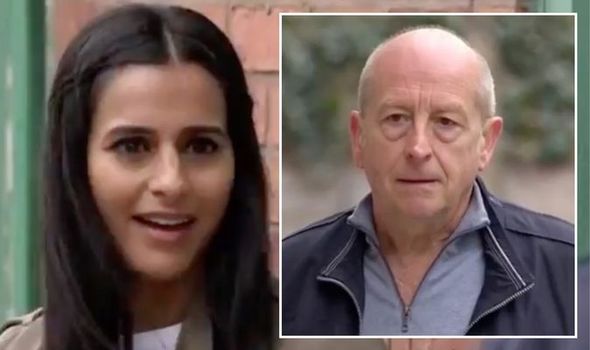 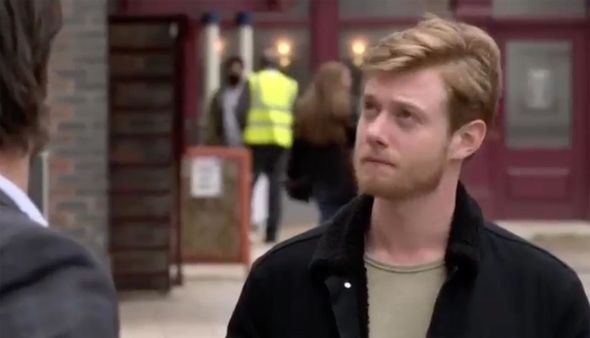 ITV viewers soon found out it was Daniel who had taken the money in a bid to try and give potential lover Nicky (Kimberley Hart-Simpson) a better life.

Daniel has been trying to find a solution to allow Nicky to give up her job as a sex-worker and pay off her debts, leading him to steal from Geoff.

But when Geoff couldn’t locate the huge wad of cash, he took it upon himself to accuse Alya, who insisted she hadn’t seen the money.

It’s still yet to be revealed to Geoff who the true culprit is but it seems Alya might end up making another move against the villain. 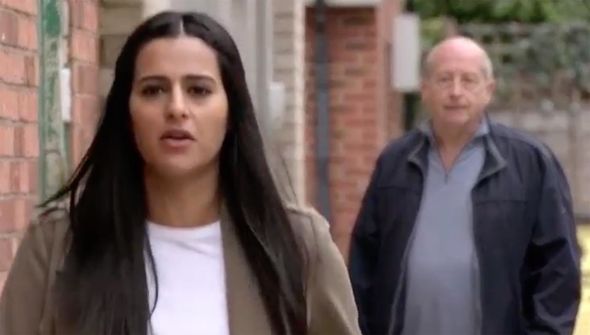 In a call with her grandmother later on in tonight’s hour-long special, it didn’t take long for Alya to bring up Geoff’s latest accusation.

Soon into their conversation, Yasmeen suspected something was wrong, asking: “What’s happened? I know when you’re pretending to be okay, you can’t fool your gran, something’s happened.

“You’re one to talk when you’ve got out of hospital you’ve been all bright and breezy on the phone – but I know you’re struggling,” Alya responded.

Yasmeen explained: “It hasn’t been easy, we’re kept alone our cells most of the time, I don’t even speak to the friends I’ve made here very much.”

Alya tried to reassure her, replying: “Gran, you’re going to be out of here soon, now people have seen the phone footage… it must count for something that Tim and Faye know what he’s really like now.”

Yasmeen noted: “More than I can put into words. It’s your turn now, what’s put you on edge?”

Eventually, Alya told her beloved grandmother the truth about her confrontation with Geoff.

“I wonder what he’s doing walking around with five grand? He must be up to something,” Alya said.

“Promise you will drop this? It’s not good for you to be obsessing over him, promise me,” and Alya promised to do so.

However, with Alya’s suspicions now having heightened even further, will she get to the bottom of exactly what Geoff is up to?

If he is intending to use the money to flee Weatherfield, will she manage to stop him before he makes an escape?

Coronation Street airs Mondays, Wednesdays and Fridays at 7:30pm and 8:30pm on ITV.

Spoilers: Johnny and Jenny split as he reveals his darkest secret in Corrie?