Aggie (played by Lorna Laidlaw) has become quite a recognisable face on Coronation Street since the Bailey clan arrived last Summer. Although they’ve already had a fair few storylines, the secret about son James’ (Nathan Graham) sexuality has caused a rift between the nurse and her husband. As the family come together to celebrate a heroic achievement next week on the ITV soap, it’s not long before turmoil ensures. However, it seems the matriarch hasn’t been telling her family everything, which leads her to make a huge confession.

Despite the mother of the family knowing her son James was gay, it wasn’t until late last year his older brother Michael Bailey (Ryan Russell) made the discovery.

No-one told father Edison Bailey (Trevor Michael Georges), which made the truth coming to light even harder when his son opened up about his sexuality in recent scenes.

With the family slightly torn apart by the news, next week will see them try and move past their troubles by celebrating matriarch Aggie.

However, with the press at the Golden Hearts Awards, it’s not long before a bombshell is dropped on the budding footballer and his mother only adds to the turmoil. 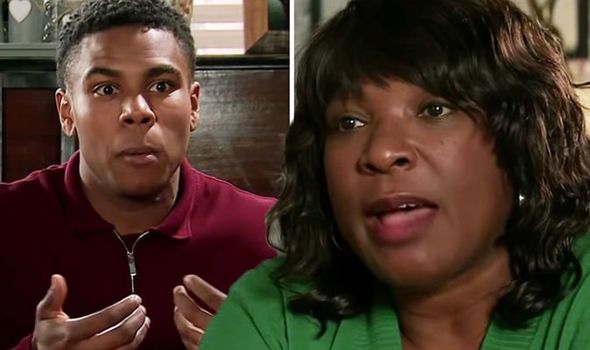 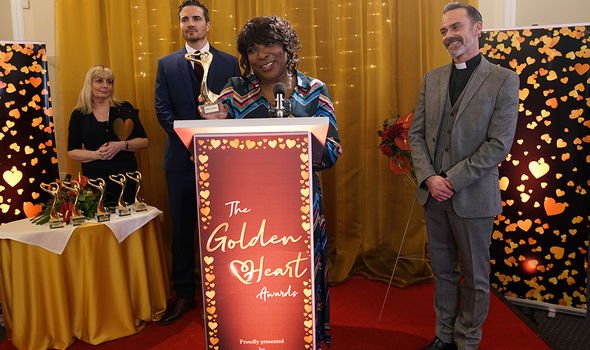 On Christmas Day, Aggie jumped into action when Robert Preston (Tristan Gemmill) was shot and although he later died, she provided great assistance in his last moments.

Having been trained as a medical professional, recent scenes have seen her revisit her past endeavours in light of the tragedy last year.

The matriarch’s heroic efforts led to her Weatherfield Golden Hearts Awards nomination, which she will win in upcoming scenes.

Next week will see the ceremony take place and the mother-of-three takes to the stage to collect her trophy. 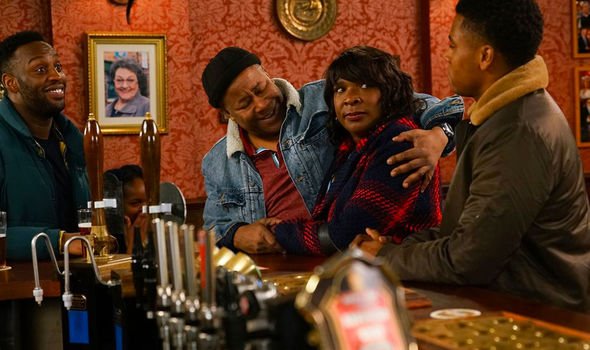 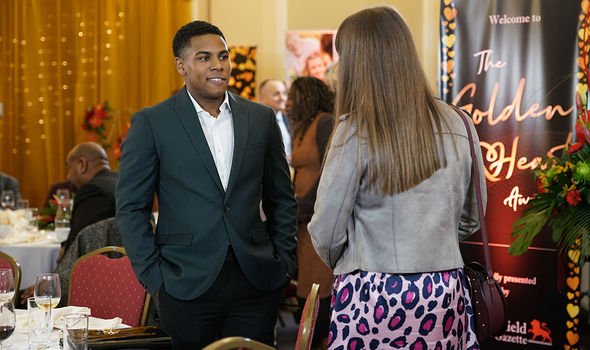 In front of her friends and family, Aggie gives a heartfelt speech, with her loved ones looking on proudly.

It’s not long before a journalist attending the awards spots James and drops the bombshells there are rumours he is gay.

The youngster has been in fear of his secret being revealed to the outer world, worrying it would have a greater impact on his sporting career.

Denying the reports queries, the teenager is later floored when his mother makes a confession.

Homophobia on the terraces is still fairly rampant

The matriarch tells her son she has been receiving phone calls from the press, wanting to know if the rumours are true.

James is utterly devastated as his world crumbles around him, but it seems his family is going to stand by him no matter what.

Viewers will have to wait and see how the storyline unfolds, but the budding footballer’s troubles will be far from over.

Speaking about the storyline in light of the family arriving on the cobbles, Executive Producer Iain MacLeod detailed the soap would be tackling homophobia in sport.

“We wanted to try and look at homophobia in sport and homophobia in football, so that will be a component of the story,” the soap boss told the press, including Express.co.uk.

“He is on the cusp of bigger things football-wise and it’s also aware despite the progress we’ve made as a society in lots of areas, homophobia on the terraces is still fairly rampant.

“So, he’s scared of the reaction he might get. He’s apprehensive for all kinds of reasons but none of them is down to the fact he’s fearful his family will reject him.”

Will Aggie take greater action to ensure her son is protected against the critics?