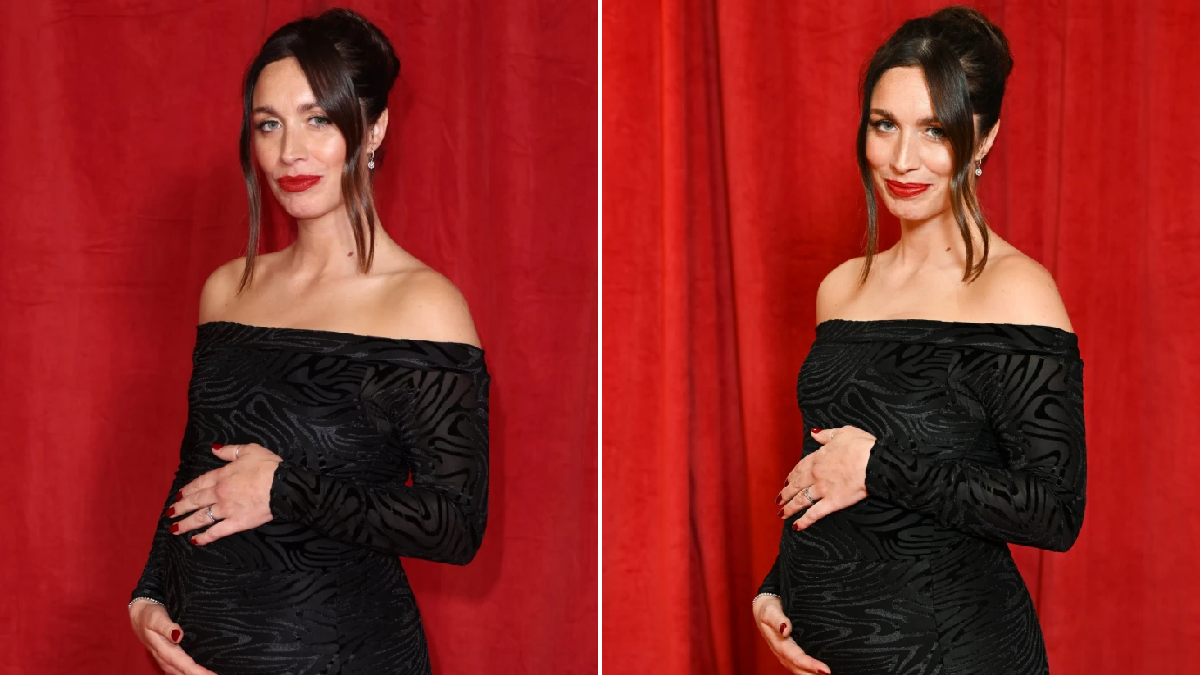 Coronation Street star Julia Goulding recently announced her second pregnancy – but did you spot the unique way the star hid her bump during a recent episode?

The actress, who plays Shona Platt in the ITV soap, revealed the happy news during the red carpet at this year’s British Soap Awards, which took place on Saturday June 11.

Of course, when you work in a soap, unless the character is pregnant themselves – the baby bump must be hidden, which can sometimes require smart filming techniques or using items such as pillows to conceal the pregnancy.

During Friday’s edition of Corrie, Shona wandered downstairs wrapped in a duvet, announcing to husband David (Jack P Shepherd) she’s having a duvet week, instead of a duvet day.

After the Coronation Street Facebook account posted a picture of Shona on their page, asking if anyone else would like to spend the day under a duvet watching Corrie, it prompted many fans to wonder if that was the way they chose to hide Julia’s bump.

Another wrote: ‘I think she is pregnant in real life again, great actor!’.

Julia is already mum to Franklin Wolf, who was born in November 2019.

At the time, Julia revealed she and husband Ben Silver told fans that Franklin had ‘changed their lives forever’.