CHLOE Ferry has been accused of photoshopping her legs to make them look slimmer in a new Instagram bikini snap.

The 24-year-old star regularly flaunts her enviable figure on her social media page – but followers have claimed that all is not as it seems. 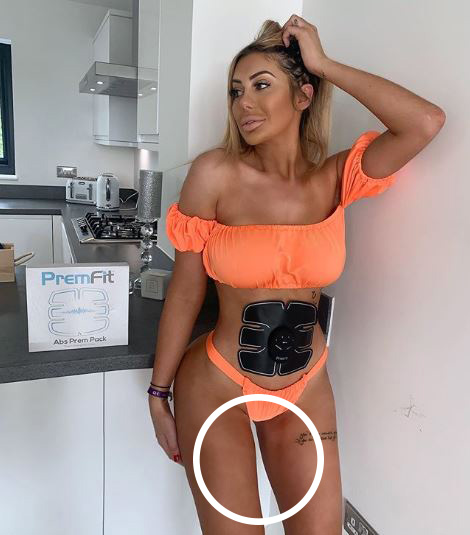 Promoting a new health and fitness product, Chloe shared a photo of herself leaning against her kitchen counter in a bright yellow bikini.

The Geordie Shore favourite has her hand running through her hair as she glances out-of-shot, pouting while she poses.

Confessing that she had been paid to promote the ab-training machine, Chloe captioned the photo: "Loving my @PremFit Ab training! 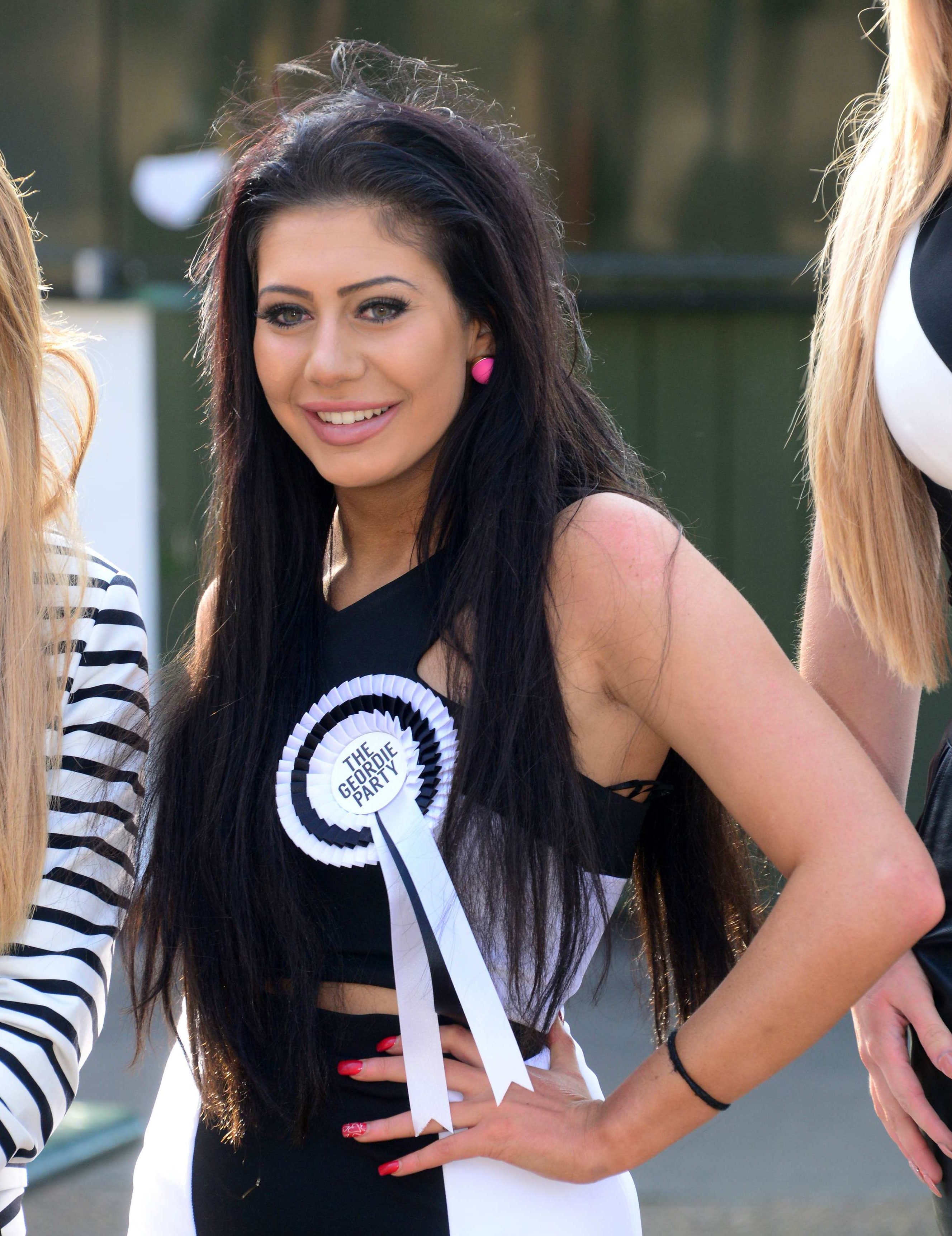 "So happy with the results #ad".

But fans were distracted by the star's legs, accusing her of editing them to look even slimmer than they are in real life.

Pointing out the telltale wavy lines around Chloe's upper thighs, one wrote: "You really didn't need to photo shop the top inside leg."

They continued: "Please just be natural and show it’s normal and ok to have a touching upper leg, 9/10 ladies' legs touch at the top." 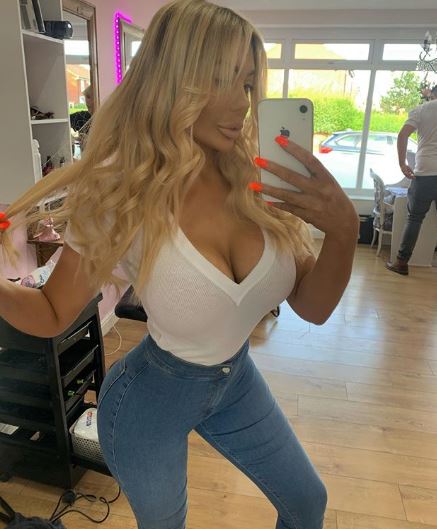 Another claimed: "Everything about this girl is false."

This is far from the first time that Chloe has been accused of digitally altering her image, with followers highlighting the wonky floorboards in a social media post she made just last month.

The latest image comes just one day after it was revealed that Chloe had jetted to Dubai with ex Sam Gowland following the Amber Davies sex scandal. 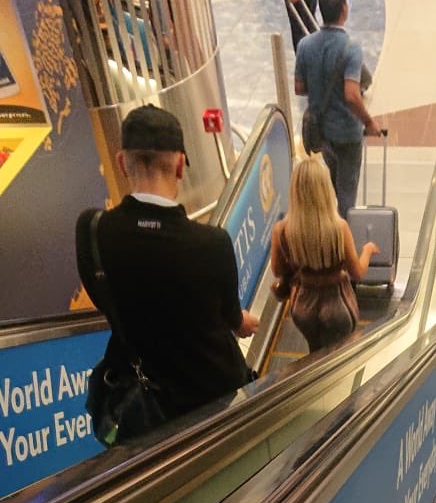 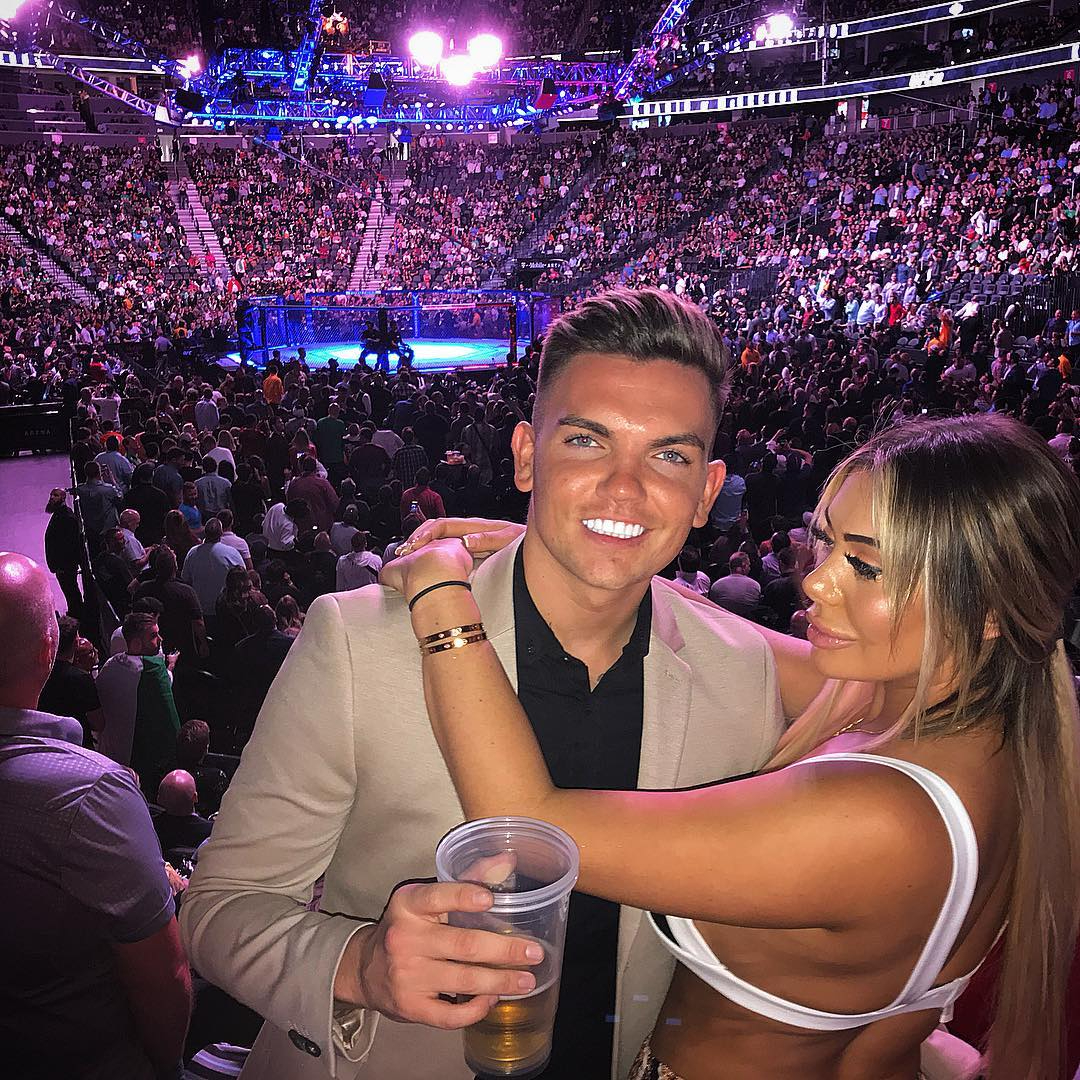 A fan spotted the couple heading overseas together, making their way down the airport escalator.

The trip comes just three weeks after Chloe publicly accused Sam, 24, of bedding his Love Island co-star Amber one day after they split.

The on/ off pair first started dating in October 2017, and announced their split in May of this year.

The Sun Online then revealed that he had romped with a mystery Love Island star the following day.