NBC kicked off its Wednesday primetime slate with Chicago Med, which set the tone for the other two series’ strong performances in the later hours. In fast affiliates, Chicago Med earned a 0.8 demo rating and 7.12 million viewers. The NBC procedural rose from last week’s telecast, besting CBS’s The Price Is Right at Night (0.6, 4.75M), The Goldbergs on ABC (0.6, 3.39M), Fox’s I Can See Your Voice (0.4, 2.20M) and DC’s Legends of Tomorrow on the CW (0.1, 0.58M)

Chicago Fire (0.8, 724M) followed up as the night’s most-watched program and retained its predecessor’s demo rating. The best-performing Wednesday title for the second consecutive week, Chicago Fire aired its latest episode a week after the series halted production over positive Covid tests.

In the following hour, Chicago P.D. (0.7, 5.67M) kept the momentum going as the 10 p.m. hour’s highest-rated and most-watched series. Its strong performance comes amid news that production has also come to a halt due to a number of positive Covid tests.

For the CW, DC’s Legends of Tomorrow and Batwoman (0.1, 0.52M) rose from their last original telecasts before the New Year. 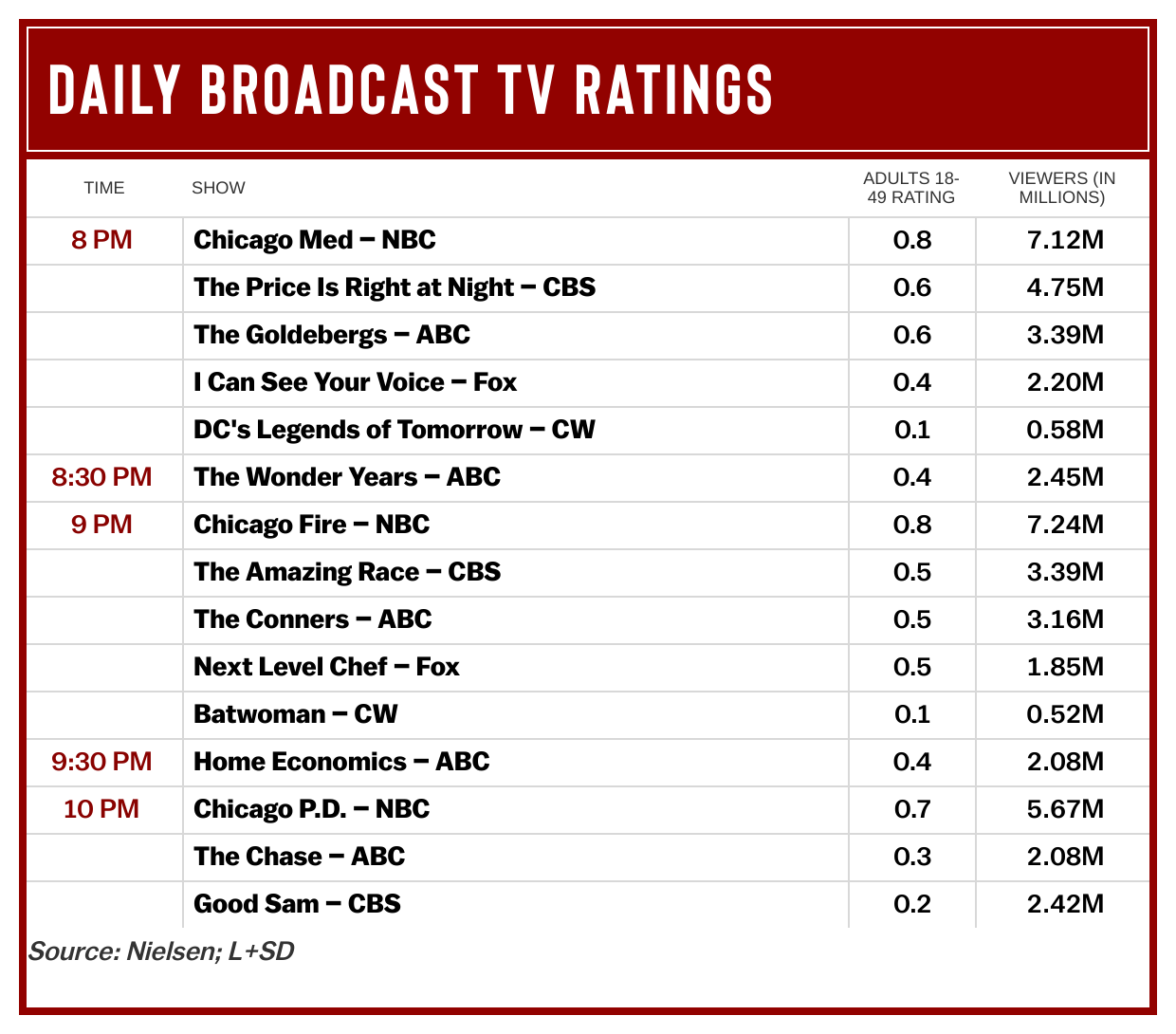