As is usual on Good Morning Britain, Piers and Susanna took a break from Friday’s episode as the likes of Ben Shephard and others step in. Today was the turn of Charlotte Hawkins as she joined the Tipping Point host in the studio alongside news presenter Sean Fletcher. But when the ITV show returned from one of its ad breaks, Charlotte found herself less than prepared as she admitted she “didn’t realise” the show was on air as she applied her makeup.

As GMB approached the 8am mark, Ben and Charlotte were live in studio as an ad break came to a close.

When the cameras returned to them in the studio, however, Charlotte could be seen fumbling behind the desk.

“I didnt realise we were on air,” Charlotte told an amused Ben.

She added: “I was just doing a quick top up when I thought no one was watching.” 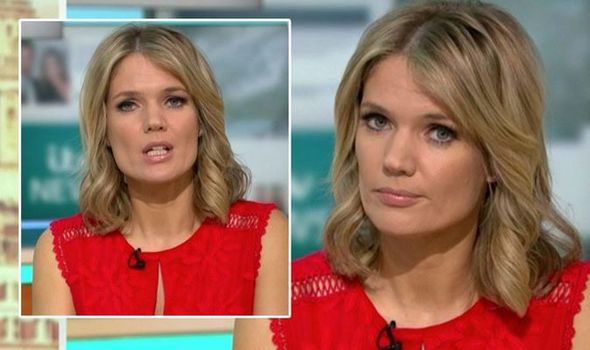