Cathy, who first appeared as Lisa ‘Duffy’ Duffin, will be leaving Casualty 33 years after her first appearance in the much-loved BBC series. The nurse has been struggling with dementia and the start of next year will see her depart the hospital for the final time.

In the past few months, viewers have seen Duffy come to terms with her devastating dementia diagnosis.

Duffy struggled to keep it a secret but eventually had to reveal everything to her estranged husband Charlie Fairhead (Derek Thompson).

She later made the difficult decision to step back from her role as a nurse in the Emergency Department.

Duffy had been avoiding her daily tasks in favour of completing administrative work. 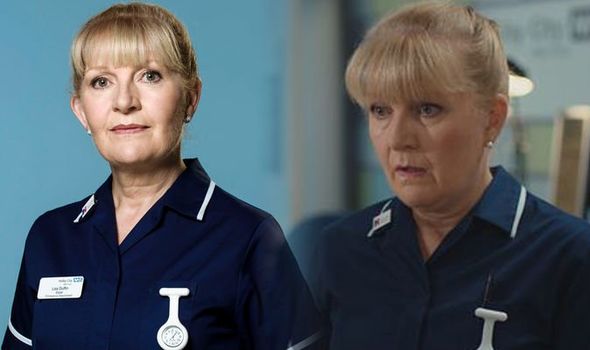 Now, it has been revealed Duffy will say goodby to not only the hospital but Holby altogether.

It’s not yet know how she will leave the BBC medical drama but it will certainly be heartbreaking for fans.

Actress Cathy is one of the BBC drama’s longest serving cast members and has appeared in over 350 episodes.

Throughout the show’s history, she has explored important and significant topics such as sexual assault, HIV, suicide, grief and mental health. 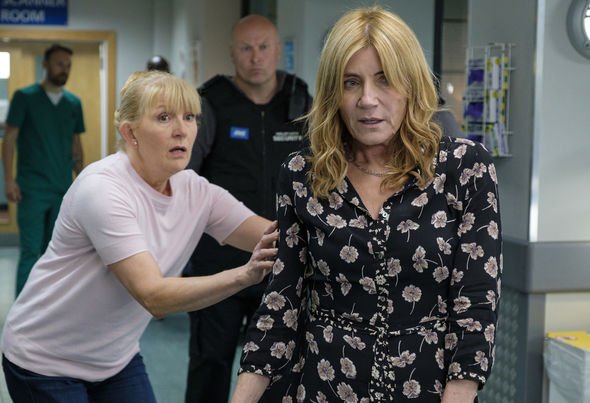 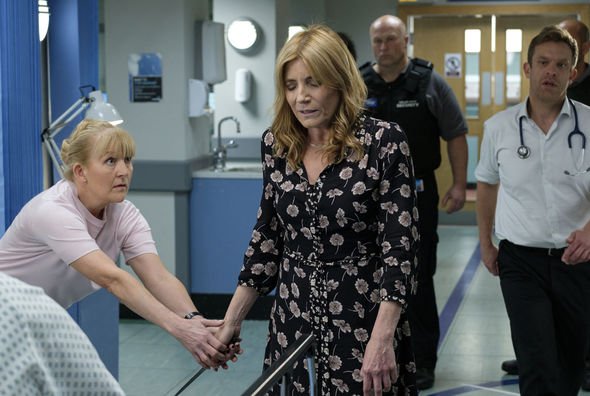 Speaking of her exit, Cathy said: “Walking in Duffy’s shoes through the years has taught me so much for which I’ll be forever grateful.

“I’m honoured and humbled to have played this inspiring woman. With sadness, but a sense of completion, I say goodbye.”

Simon Harper, Executive Producer of Casualty and Holby City, added: “Cathy’s enormous contribution has not just been to Casualty but also to the national consciousness and the British Television Drama landscape.

“She has made Duffy into a comforting Saturday night icon, the caring, ideal NHS nurse millions grew up with – and whom you’d want to be looked after by in times of need.

“She’s given us some of our most unforgettable stories and moments, not least of late in her heart-rending dementia storyline, and I simply cannot thank her enough.”

Fortunately for fans, Cathy won’t be leaving as Duffy until early 2020.

This week on the show, Duffy will face difficulty when an incident on her way to her volunteering post leaves her fearing for her future.

She finds herself struggling to drive and has to call Charlie for help.

Charlie takes her to the ED to be checked over where she learns she may have another TIA.

But trying not to let the news get to her, she focusses on a complex patient, taking Lorna (Michelle Collins) under her wing.

Doctors are certain Lorna caused her own injuries but in a heartbreaking twist, Duffy uncovers a more worrying reason for her behaviour.

Casualty airs Saturday on BBC One at 9.30pm