Lisa “Duffy” Duffin (played by Cathy Shipton) has sadly been diagnosed with dementia and her storyline has been a particularly harrowing one for the BBC soap.

She is a sister in Holby and the ability to be able to run her department is crucial as lives could be in danger with one slip-up.

Now she is carrying her dementia diagnosis, it seems the decision to stand down from her role has been weighing heavy on Duffy’s mind.

It all comes to a head this evening when the beloved character is forced to admit her time as a sister may be up.

The storyline starts with Duffy coming to blows with Ciaran Coulson (Rick Warden) over her actions.

She realises enough is enough, and although they manage to settle their differences, she knows it’s time to leave.

Actress, Cathy revealed to Inside Soap earlier in the week: “Duffy realises that her department is carrying a potential liability.

“Despite the fact she acted professionally, and Mr Coulson apologises, Duffy decides to call it a day.

“She doesn’t want to end up making a choice that could be medically questionable.”

However, Duffy’s time working at Holby doesn’t come to an end, as Cathy explained there’s a special role created for her. 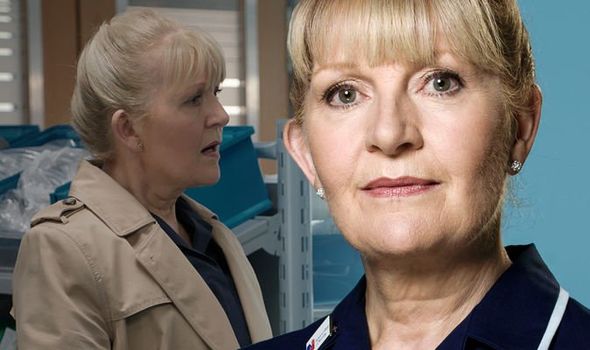 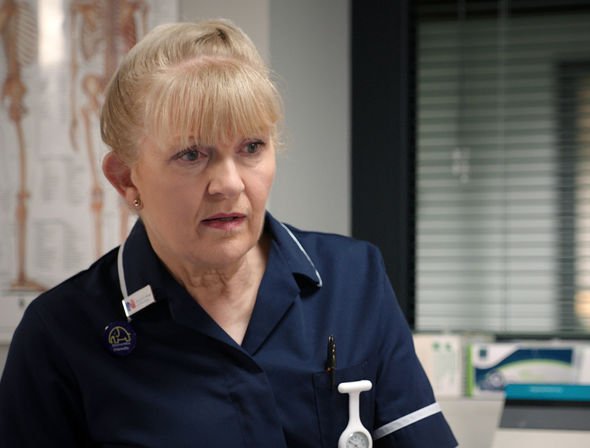 Cathy went on to discuss how she doesn’t agree with Duffy’s decision explaining how there could have been space for her character to go part time in a quieter department.

The lead consultant discovers an undiagnosed anxiety disorder while battling with Ciaran in the department.

What’s more, Connie has no choice but to take a couple of risks in order to keep the executive troubleshooter happy.

Amanda told What’s On TV about the extent Connie will go to cut costs and deal with her problems. 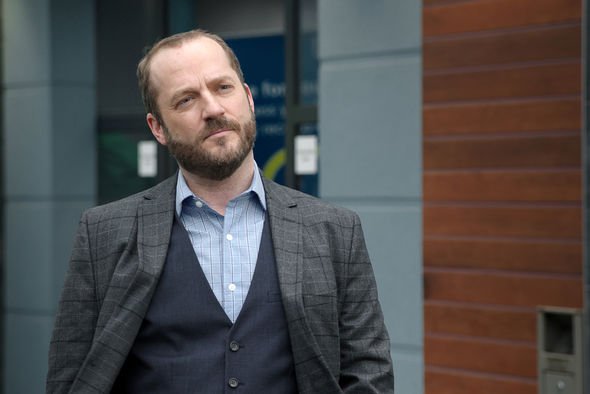 When she gets back from a conference, Ciaran is sitting behind her desk waiting for her.

Amanda says: “To return and find Ciaran in her chair, literally, all Connie’s hackles go up! She knows she’s in for a fight.

“She’s at a really weak point at the moment. This is the worst possible scenario for her.

“Her safe space has been invaded; she has nowhere to hide and is absolutely terrified.”

Casualty continues tonight on BBC One at 8.25pm.