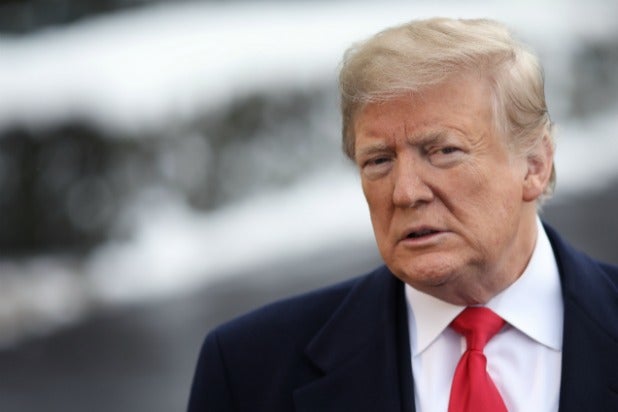 A Canadian cartoonist said he lost his job after tweeting an illustration last week showing President Donald Trump golfing while apathetically looking down at two drowned migrants — a claim the company disputes.

In a series of tweets, Michael de Adder said he lost his freelance contract with Brunswick News Inc., a publishing company in New Brunswick, Canada, after 17 years after his latest Trump cartoon went “supernova” after he tweeted it last Wednesday.

The cartoon, in which Trump asks, “Do you mind if I play through?” while looking down at the migrants, referred to the photo of Oscar Alberto Martinez and his nearly 2-year-old daughter Angie Valeria lying face down in the Rio Grande River as they attempted to cross into the United States; the mortifying image itself went viral last week and was featured on the front page of The New York Times, among other publications.

“Overnight it was like I never worked for the paper. Make your own conclusions,” de Adder said.

Brunswick News Inc., however, pushed back against de Adder, saying it was “entirely incorrect” to suggest he lost his job over the Trump cartoon.

“This is a false narrative which has emerged carelessly and recklessly on social media,” the company said in a statement on Sunday. Instead, the decision was weeks in the making, the company said, as it had already been negotiating with another cartoonist.

De Adder did not immediately respond to TheWrap’s request for comment. His latest tweet, sent on Monday morning, said he’s received a “million” messages to respond to.