The former WAG appeared on TalkTV recently, where a conversation with host James Whale led the 54-year-old to make a slur about Carol Vorderman, 61. It came as Boy George impersonator Liam Halewood confessed he spent money “not to look like Alan Carr,” to which Lizzie joked she did the same to avoid looking like Carol.

James told Liam: “You have spent £16,000 on plastic surgery having yourself changed to look like Boy George.”

“Do you keep spending money to look like different people?” James probed. 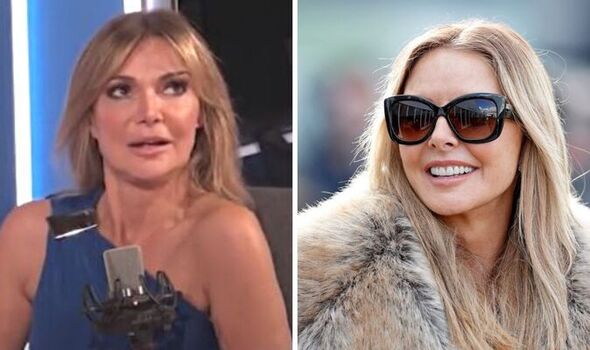 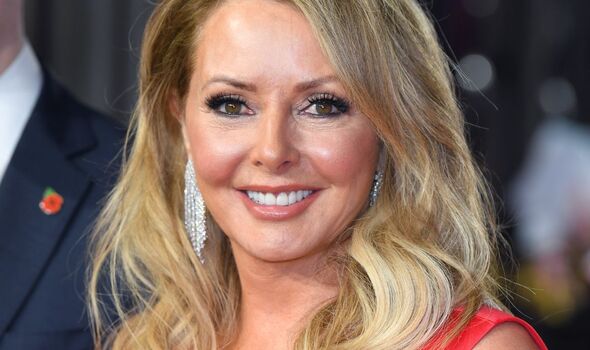 “No, luckily for me, no,” Liam remarked.

He explained: “I’m not against aesthetics and stuff like that, but I want to obviously get the message across.

“I’ve just filmed a show as well, getting a message across about body positivity and about being yourself and the rules and regulations around getting aesthetics like botox and fillers.”

James began to make a comment about Lizzie’s similarities to Liam, claiming: “You two are great-“ 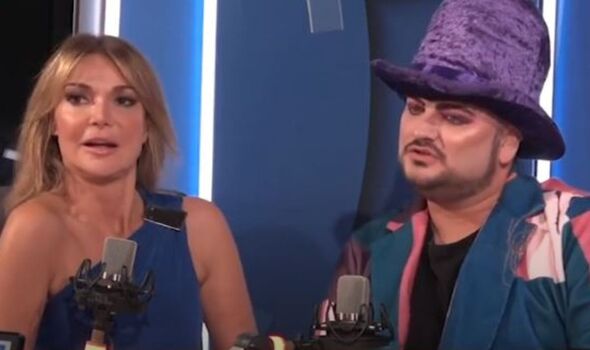 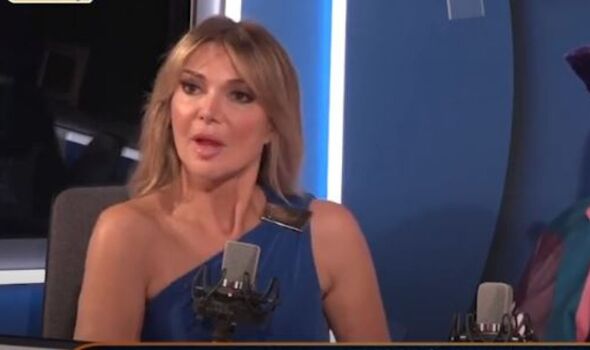 “Hold on a minute!” Lizzie cut in before James could finish his sentence.

She then made a brutal remark about Carol, stating: “I spent £16,000 not to look like Carol Vorderman!”

“And it hasn’t worked,” James responded, laughing. “Have you had a bum lift or not?”

“Can I just say live on air, I have not had a bum lift,” the socialite exclaimed.

James showed an old clip of Lizzie discussing surgery she had had.

“This is not fair, I’ve not had a bum lift, it was a massage,” Lizzie hit back.

“That was very unfair, I have not had a bum lift, what is going on?”

Speaking to the Daily Mail, she added: “In my family, loads of us have it… the Vorderman a**e. My daughter Katie has it. My nephew has it. We’re all sticky-out-bottom people.

“And I’ve been working out for decades, so the shape of mine is down to years of keeping fit.”

Lizzie isn’t a stranger to TalkTV and has made several appearances, giving her views on a number of topics.

She recently caused chaos in a segment by fuming about Meghan Markle.

As she ranted about the Duchess of Sussex, a man in a Meghan mask appeared, and Lizzie responded by ripping off the mask and ripping it up.