We have a special surprise for you, dear readers.

Everyone is buzzing about Bridgerton, Netflix’s upcoming Regency romance series — and ET is bringing you the very first sneak peek clip!

We’re pleased to announce that it’s a full house in our exclusive first look as the scene features the family’s matriarch, Lady Violet Bridgerton, all eight of her lovely children and the swoon-worthy Duke. To make matters even more exciting, the group is gathered round the dining table and sharing their best guesses for who could posing as Lady Whistledown, the mysterious author of a 19th-century tabloid.

This sneak peek scene was first debuted during Bridgeton‘s Global Fan Event on Sunday morning as excited fans from more than 80 countries around the world gathered virtually to celebrate the series. The Netflix-produced panel was full of fun surprises, including first look clips and interviews with creator and showrunner Chris Van Dusen and author Julia Quinn. 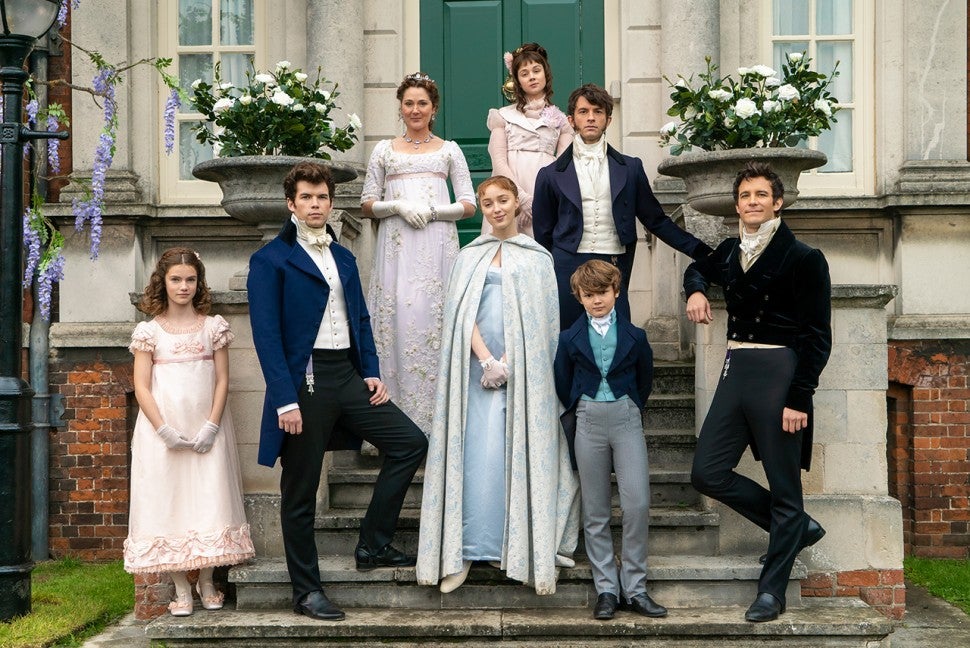 Bridgerton — which drops Christmas Day on Netflix — is from executive producer extraordinaire Shonda Rhimes and creator Van Dusen and the first teaser trailer felt like a glorious mixture of Downton Abbey and Gossip Girl.

Want to know more? Here’s the official logline of the show:

Bridgerton follows Daphne Bridgerton (Dynevor), the eldest daughter of the powerful Bridgerton family as she makes her debut onto Regency London’s competitive marriage market. Hoping to follow in her parents’ footsteps and find a match sparked by true love, Daphne’s prospects initially seem to be unrivaled. But as her older brother begins to rule out her potential suitors, the high society scandal sheet written by the mysterious Lady Whistledown casts aspersions on Daphne.

Enter the highly desirable and rebellious Duke of Hastings (Page), committed bachelor and the catch of the season for the debutantes’ mamas. Despite proclaiming that they want nothing the other has to offer, their attraction is undeniable and sparks fly as they find themselves engaged in an increasing battle of wits while navigating society’s expectations for their future.