Bridgerton Season 2 recently dropped to Netflix, and fans have been buzzing about some of the new faces. Simone Ashley portrays Kate Sharma, the protective older sister of Edwina (Charithra Chandran). While both women are gorgeous, Ashley stands quite a bit taller than her on-screen sister. It’s not surprising to learn that Ashley actually did some modeling before joining the cast of Bridgerton. 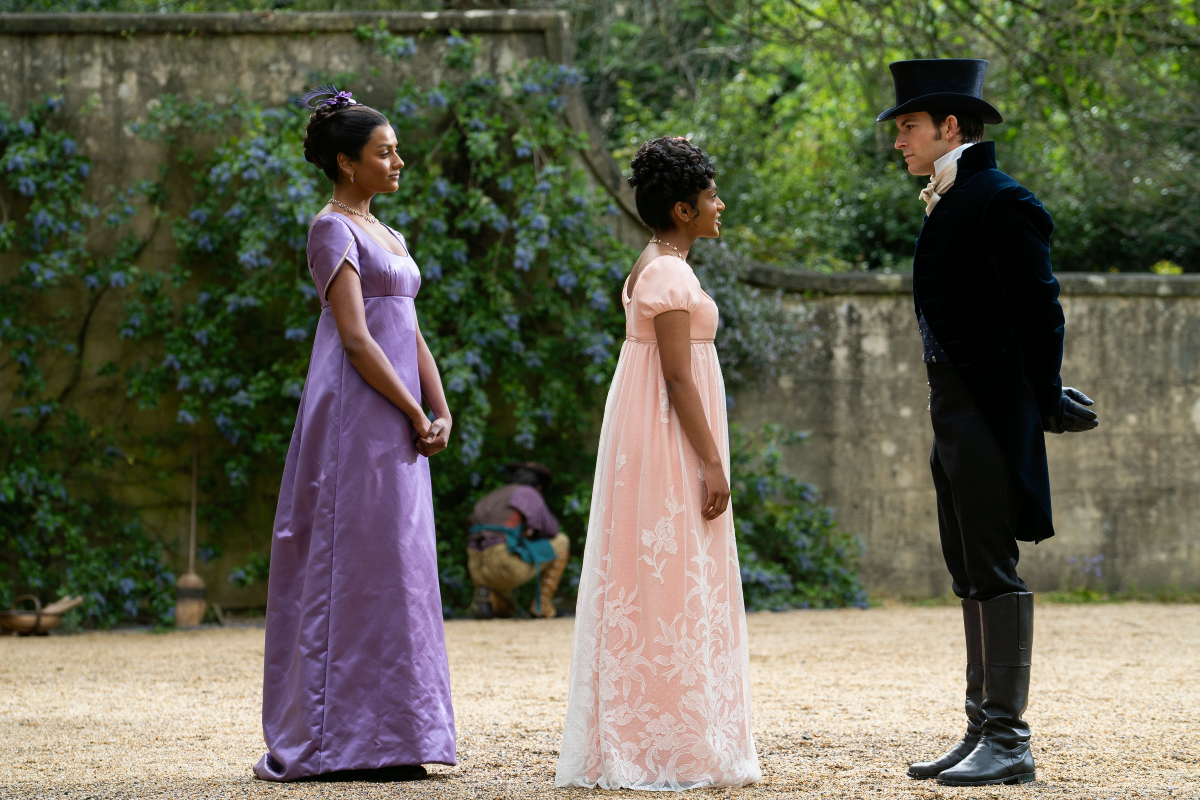 Actor Simone Ashley got her first role on TV in 2016

Simone Ashley is a 27-year-old actor who has been working in the industry long before she was cast in Bridgerton. Despite coming from a family of doctors and engineers, Ashley took an interest in the arts from a young age, says Vogue. She studied at the Redroofs School for the Performing Arts, in Maidenhead, England.

Ashley’s acting career began with a series of smaller roles in TV shows such as Wolfblood (2016) and Broadchurch (2017). However, Ashley really started making a name for herself when she was cast as Olivia Hanan in the Netflix series Sex Education.

Olivia is a member of a popular clique at Moordale Secondary School called The Untouchables. She can be vain and cruel like the other members of her clique, but Olivia also shows moments of kindness throughout the series. Sex Education was renewed for a fourth season last year.

Simone Ashley joined the cast of Bridgerton Season 2 as Kate Sharma and she immediately blew viewers away. Kate is Edwina’s protective older sister. She goes toe-to-toe with Anthony Bridgerton, determined to stop him from marrying her sister.

Kate’s height accentuates her protective older sister status. According to her IMDb profile, Simone Ashley stands 5’10, only an inch shorter than Anthony Bridgerton actor Jonathan Bailey. In contrast, her on-screen sister Charithra Chandran is only 5’3.

It probably won’t surprise most fans to learn that Simone Ashley did some modeling before joining the cast of Bridgerton. According to Bustle, Ashley modeled for Vogue Singapore and The Sunday Times’s Style Magazine before her acting career took off.

Ashley clearly has a love of fashion. Vogue writes that she has been spotted at the “Burberry or Valentino fashion shows of the fall-winter 2022-2023 fashion weeks.” Her outfit at the Bridgerton Season 2 premiere was also notably stunning.

Simone Ashley made a big splash for her role in Bridgerton Season 2, but future seasons will focus on different Bridgerton siblings now that Anthony’s love story has been told. Still, Ashley has good news for fans — she will return for season 3. “We’re going to be back! Kate and Anthony are just getting started,” the actor told Deadline.

Bridgerton fans will get to see Kate rise up to her new role as Viscountess. “She’s in charge of the household now and she’s got big boots to put on. I think she can do it,” Ashley said. “I want to keep that softness and vulnerability to Kate, for sure, and she can share that with Anthony. I’m just excited for her to have a home and to have a family. I’m excited to see her grow. I think I’d like to see Kate being much braver and less headstrong and more heart strong.”

All episodes of Bridgerton are currently streaming on Netflix.