SDCC 2019: Tyler Hoechlin also to return for DC event as his “Arrowverse” Superman 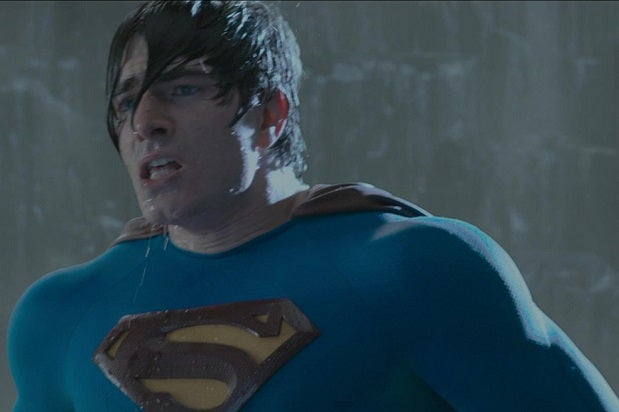 Brandon Routh is coming back as his big-screen Superman, reprising the role for The CW’s upcoming “Crisis on Infinite Earths” crossover.

Routh already plays a character in the CW universe, starring on “Legends of Tomorrow” as Ray Palmer aka The Atom. He is expected to play both. Routh starred in the 2006 film “Superman Returns” that was directed by Bryan Singer. It was supposed to be the start of a new franchise but fell below expectations, grossing $391 million at the global box office, and had a lukewarm reception by audiences.

Tyler Hoechlin, who plays the version of Superman that had shown up in the “Arrowverse” — mostly in “Supergirl” — will return as well.

Since the “Arrowverse” is part of a larger multi-verse, it is possible for two different actors to play the same character. Hoechlin last appeared during the “Elseworlds” crossover event in December.

The “Crisis on Infinite Earths” crossover, one of DC Comics most famous storylines, will be The CW’s biggest. It will span five hours across all five “Arrowverse” shows, including newcomer “Batwoman,” and carry over the midseason break. It’s expected to be the last appearance for Stephen Amell’s Oliver Queen/Arrow, whose own series is ending its run after eight seasons this fall.

Created by Marv Wolfman and George Perez, “Crisis on Infinite Earths” was a best-selling 12-issue series running from 1985 to 1986 that replaced the DC multiverse, which since 1961’s “The Flash of Two Worlds,” had explained the company’s varying and contradictory continuities, with a single streamlined universe and a complete reboot of most DC characters. It was a critical hit and a best seller for DC and is credited with popularizing the idea of large-scale crossovers in comics.

In the series, The Monitor’s (played by LaMonica Garrett in the “Arrowverse”) evil counterpart, The Anti-Monitor, attempts to destroy all of the different universes with the goal of becoming the sole ruler of whatever is left. He’s eventually foiled but at a staggering cost: the surviving five universes are merged into one, and a huge number of classic DC characters were killed off, seemingly for good… including both Supergirl and Barry Allen.

Deadline first reported the news of Routh and Hoechlin playing Superman on the “Crisis” crossover.

TheWrap is in San Diego all week long for Comic-Con 2019 — check out all of our ongoing coverage here.