Blake Horstmann had a rough season of Bachelor in Paradise last summer. He was involved in almost every bit of drama that took place on the beach (and there was no shortage). 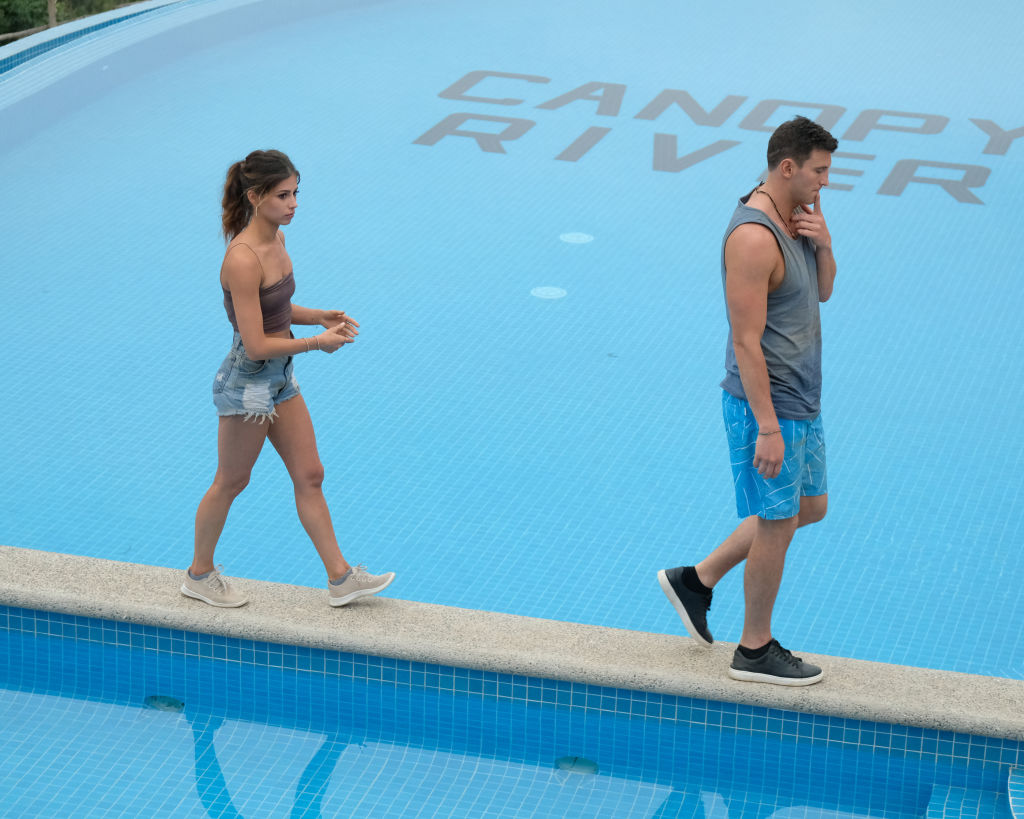 In a recent Q&A the reality star did with his Instagram followers, he said he regrets being on Paradise at all.

After BIP, Horstmann says he was in a bad place. He says he’ll “never be the same.”

“How long did it take you to come back from the experience on BIP emotionally?” asked one fan.

“Honestly I’ll never be the same. None of us are after an experience like the show. So I’ll never be ‘back,’ but that’s not necessarily a bad thing. You live and you learn,” he wrote in response.

“How did you recover your mental health after BIP?” asked another fan.

“I have become very passionate about mental health especially in the youth. I can’t imagine being young and having to deal with social media,” he wrote.

If you have ever wondered what a @love_comfitude blanket feels like just go ahead and swipe. 😂 But honesty there is nothing that can help with my anxiety and help me sleep like my comfitude blanket! This Cyber Monday receive 30% off your order using code BLAKE!

Horstmann continued: “People like @lorikpublicrelatons, @danij002 and of course my mom @baileyhors and sister @tthorstmann and others would talk for hrs with me on FaceTime while I laid in bed. I felt incredibly alone bc everyone was taking my side privately, but no one was publicly. Those people helped me not feel as alone.”

“I was in a REALLYYYY bad place and luckily I have an amazing family and a lot of close friends,” he continued. “I also went to therapy! Don’t be afraid of that!”

“I am still working on it. I am still going to therapy and have made huge strides,” Horstmann added.

Will Blake Horstmann ever go on ‘Bachelor in Paradise’ again?

Another Instagram user asked Horstmann if he’d ever consider going on Bachelor in Paradise again in the future.

“After what happened last year, would you do BIP again? You deserved better,” they wrote.

“Thank you for saying that,” replied Horstmann. “I def wouldn’t do it this year (still have pretty bad PTSD).”

To say paradise was rough for me is an understatement. I have no one to blame but myself for that. It’s not easy putting yourself and all of your mistakes out there for the world to see. No matter the differences all of us had on that beach, I will always have respect for each and every one of you, being brave enough to be yourselves and chase the love we all feel we deserve. Never forget that we are all human and not characters on television. I want to thank those of you that have sent me kind words and encouraging messages. Those have helped more than you will ever know. I hope that this is not the end of my story and I can look back at this summer and be grateful for the lessons learned and the friends made #bekind #imstillnotgonnastopdancing #imstillgoingtostagecoach

So it sounds like Horstmann won’t be returning to Mexico anytime soon (if ever). For now, the reality star is just trying to live his life without focusing on dating.

“I have decided to stop ‘looking’ for someone. The show kind of puts you in a strange mind frame where you are constantly going over the top trying to find ‘the one.’ There is a lot of single shaming in BN and if you are single there must be something wrong with you bc ‘everyone’ wants to date you,” he wrote on Instagram after a fan asked him if he’s currently “looking for someone.” “Have decided just to live my life the way I want it and let it happen… So we will see.”