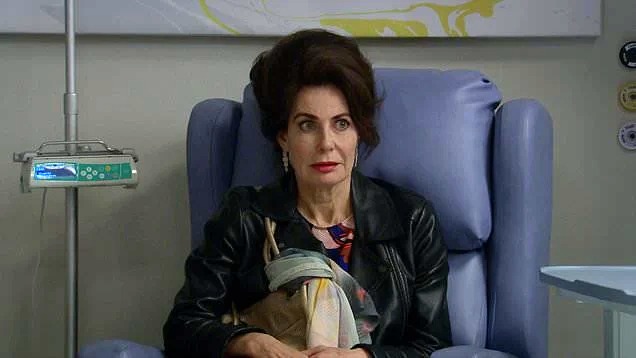 Faith Dingle (Sally Dexter) continued to put on a brave face in tonight’s Emmerdale, supporting her friend who rang the end of treatment bell in hospital.

Last week, Faith reluctantly agreed to carry on with the chemotherapy, despite the fact she had already told Chas (Lucy Pargeter) she wants to stop.

Poor Chas is hoping for a miracle, convinced if Faith continues her treatment, she’ll be around for a few years – not months.

Tonight, Chas joined Faith in a trip to the hospital.

When they arrived, Chas was somewhat taken aback by how comfortable her mum was around the ward.

Faith introduced Chas to her friend, who was in hospital awaiting results.

During the conversation, Chas realised Faith had lied about her home life, as her pal believed Cain (Jeff Hordley) was somewhat of a golden child.

With the chemo over, Faith overheard someone ringing the bell in the corridor – something that happens to signify end of treatment.

Faith dashed out and was over the moon to see it was her friend with a huge smile on her face – she was getting back to normal life.

Faith clapped and cheered but in the background was Chas, acknowledging the fact her mum will, sadly, never get to ring the end of treatment bell.