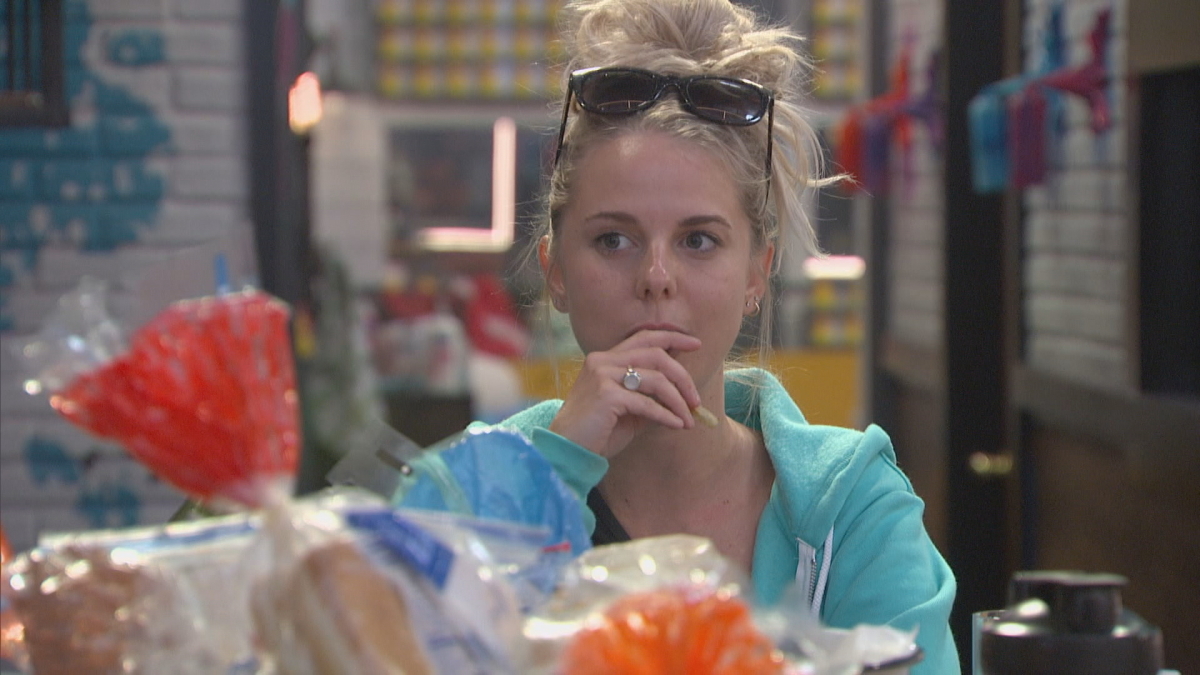 CBS and Big Brother producers presented a bonus episode of the show on Friday night.

The style of the episode is likely very familiar to long-time fans of the show, as it basically serves as a recap of the big moments from the summer.

The new episode started by recapping Christmas Abbott getting evicted. It meant that the final three houseguests this season are Enzo Palumbo, Nicole Franzel, and Cody Calafiore.

The trio each had Diary Room sessions following the Eviction Ceremony and showed how excited that they were to make it to this stage. It was then time to party.

Celebration time for making it to the end of BB22

The final three houseguests got a meal of steak, lobster, and champagne to celebrate making it all the way to the end. They toasted and then it was time to start looking back at the season.

Jokes at the meal served as a segway into Nicole peeing herself in the kitchen. It was an embarrassing moment for her that happened very recently on the live feeds.

They then had a segment of the houseguests scaring each other throughout the season, Nicole planning out making Janelle Pierzina a Have Not was shown, and Enzo’s claim of being a vegan (while he ate steak and lobster) was questioned.

Some time was also spent on the strong relationship between Janelle and Kaysar Ridha that has remained strong all these years since they first met on Big Brother 6.

They even showed an amusing segment of houseguests asking for things in the Diary Room. It included Enzo asking for beer, Nicole asking for a nose hair trimmer, and Kaysar wanting a bunny for the house. Yes, a live bunny.

As expected, a scene with Ian Terry opening up about his autism was focused on.

Again, though, no footage of Memphis Garrett, Nicole Franzel, Daniele Donato, Christmas Abbott, and Cody Calafiore making fun of him was shown, even though members of The Committee did it several different times.

Getting down to business: HOH Part 1

The episode did not focus much on the final Head of Household Competition, but there were some hints at it as the night came to a close. No clips of the Endurance Challenge were shown, but they did fade out by showing Dr. Will Kirby in the Neighbor House having some coffee in a Speedo.

Viewers will be able to watch Part 1 play out during the Monday night episode of the show.

For readers who want to jump ahead, we already have the results from Part 1.

We also have a breakdown of when Part 2 will take place and how it works on the show.

Maybe, over the next few days, the final three will stop complaining about David Alexander taking the money from OTEV.

Big Brother airs Monday at 8/7c and Wednesday at 9/8c on CBS.