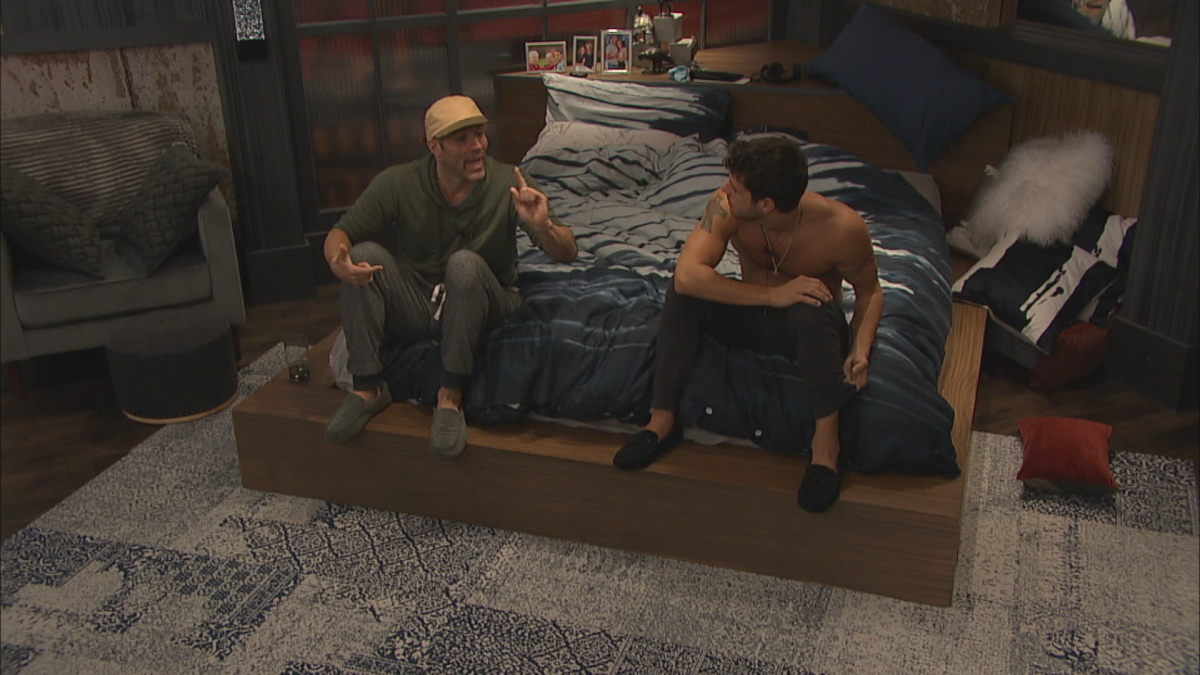 Big Brother 2020 spoilers from today now include what just happened at the Veto Meeting. We now know, for sure, who will be on the block during the first Eviction Ceremony this Thursday.

We are marching straight toward a Triple Eviction on Thursday night, so it’s good to have that first piece of information in place. If the producers refrain from telling the BB22 cast what’s about to happen, it could be a very exciting night of television.

Cody Calafiore is the Week 8 Head of Household and he decided to target Kevin Campbell and David Alexander for eviction. We use the term “target” pretty loosely there, as he simply went for the only two people he doesn’t have alliances with inside the house.

At the Veto Competition, Cody won again, besting OTEV and keeping the power in his hands. This gave him the option to either keep the nominations the same or backdoor someone like Christmas Abbott or Daniele Donato.

During the Veto Competition, David went for the money instead of the power. This led to a bit of a backlash from some of the other houseguests, possibly giving them an excuse (as if they needed another one) to target David later on.

Did Cody use the Power of Veto?

On Monday, Cody hosted the Veto Meeting and let the house know what he was going to do with the Power of Veto. Cody declined to use the power and decided to keep the nominations the same.

At the Thursday night Triple Eviction, the first two people on the block will be Kevin Campbell and David Alexander. One of them is going to immediately head to the BB22 jury, with a strong possibility that the second one will also be heading to the jury by the end of the night.

Ian Terry and Da’Vonne Rogers are going to be pretty surprised when three people join them in the jury house at the same time, especially since nothing like this has ever been done before on a season of Big Brother USA.

Last night was the final Sunday night episode of the summer. CBS is going to start showing movies again on Sunday nights and that forced the network to move Big Brother on the schedule.

We have constructed a full breakdown about when each new episode of the show will air for the rest of the 2020 summer season. There is even a special Friday night episode in the mix.