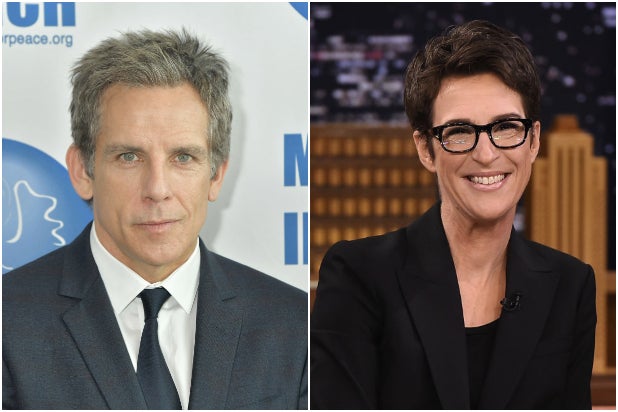 Ben Stiller is set to direct “Bag Man,” based on a podcast by MSNBC host Rachel Maddow, that Focus Features is developing as a feature film.

“Bag Man” is the true story of one of the most brazen political bribery scandals in American history involving Richard Nixon’s vice president Spiro Agnew during the height of the Watergate scandal.

The podcast and an additional book also called “Bag Man” written by Maddow and Michael Yarvitz posits whether it was possible for an American vice president to carry out a criminal enterprise inside the White House and have nobody remember or notice.

Adam Perlman wrote the script along with Ben Stiller and Yarvitz, who executive produced the podcast and co-wrote the subsequent book with Maddow. No casting has been announced.

Stiller will also produce “Bag Man” along with Lorne Michaels, Yarvitz and Josh McLaughlin. Maddow will be an executive producer along with Nicky Weinstock, Michael Price, Erin David and Andrew Singer.

Stiller most recently directed his Emmy-nominated series “Escape at Dannemora,” and he’s attached to another film called “London” with star Oscar Isaac.

Maddow’s podcast “Bag Man” was nominated for a Peabody Award, and the book wound up on the New York Times Bestsellers list.