The ITV host was joined by four more contestants who all hoped to win a cash jackpot.

But it was one contestant on today's show who got the viewers, and the presenter, giggling.

Ben started off my asking the question: "In his poems, Homer often refers to nectar as the drink of gods and which other substances as their foods?"

This question was of course referring to the ancient Greek poet Homer.

But much to the viewers' delight, the contestant thought Ben was referring to a much loved Simpsons character, and replied accordingly. 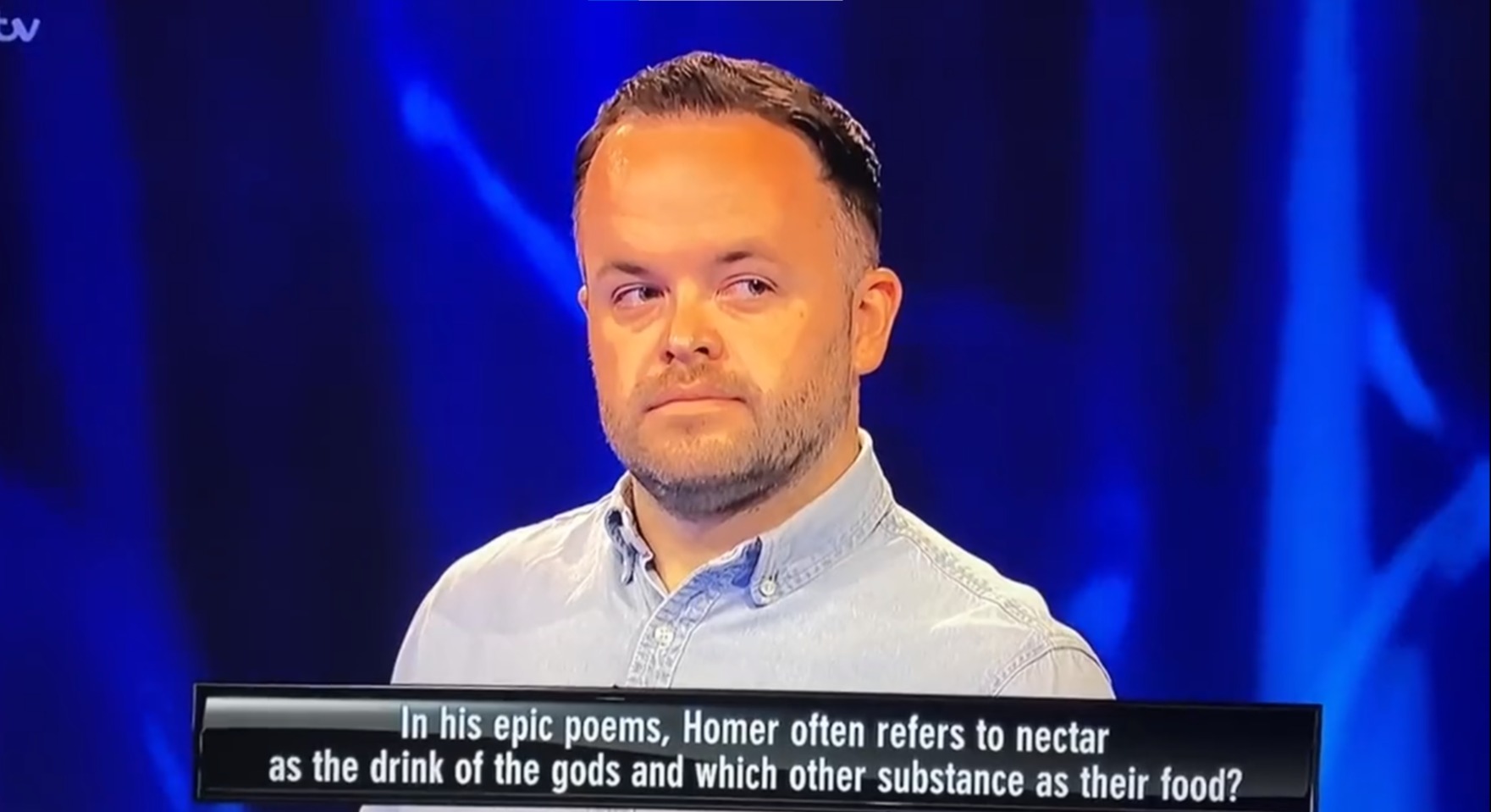 Answering the question he told the host: "Well I know he likes donuts."

This reply saw Ben's mouth drop open, as he couldn't believe the contestant thought the question was about Homer Simpson.

The contestant then continued: "I think I'll go with donuts please Ben."

Ben couldn't contain his surprise at this answer as he tried to supress a giggle.

One tweeted: "He just heard Homer & thought of donuts!"

While this one said: "I’ll confess I saw Homer & thought of the simpsons!"

Another felt sorry for the guy: "Easy mistake if you’ve not heard of the ancient Greek philosopher and poet!"

Earlier this month Tipping Point viewers were equally left in hysterics when a contestant made a Mary Berry blunder in the first round.

The presenter asked on the show: "On Mary Berry's website the ingredients for the sponge in her Victoria Sponge Cake includes which poultry products?"

As the fastest contestant to buzz in, Jack attempted to answer but was clearly fumbling over his response.

He eventually uttered: "Butter," much to everyone's amusement.

Adding insult to injury, Ben continued: "Do you know many chickens who lay butter?

"Butter is entertaining though Jack, your mates will like that one."