Home » TV & Movies » Becoming Elizabeth: Why Starz Continued Obsession with the Tudors Is a Smart Call

“Becoming Elizabeth” creator Anya Reiss doesn’t commonly watch period dramas. In fact, she thought the story of Queen Elizabeth I and her Tudor ancestors had been discussed to death. So why, then, embark on telling the story of an adolescent Elizabeth? It was the discovery of a story she hadn’t heard before: Elizabeth’s relationship at the age of fifteen with her stepmother Katherine Parr’s husband, Thomas Seymour. The relationship is debated among Tudor scholars to this day, many claiming the encounter never happened or that Elizabeth was assaulted by Seymour. For Reiss, who spoke to IndieWire via phone, it was “a grooming story through the eyes of someone [being groomed].”

The Tudors have graced screens, both big and small, since the release of the 1910 silent feature “Henry VIII and Catherine Howard.” Since that time Henry VIII and his six wives have been the focus of narrative features and documentaries, as well as television series. In 2007, Showtime gave Henry VIII’s court a shot of sexiness with “The Tudors” and after it came to a close in 2010 other networks kept up the Tudor drama. In 2013, Starz released “The White Queen,” a quasi-Tudor prequel focused on the War of the Roses which would lead to Henry VIII becoming King. The success of that series saw Starz greenlight two more series with tangential connections to the Tudors. “Becoming Elizabeth” is the first of Starz’s series to specifically bring it back around to Henry VIII’s child.

But why are the Tudors still so popular today, and why is Starz committed to keeping the 16th-century royal family on television screens? Alison Hoffman, Starz’s Chief Marketing Officer, told IndieWire via Zoom that storytelling is paramount. Working for Starz when “The White Queen” was in development, and following all subsequent Tudor-related series, explained that while premium channels have always embraced the opulence of historical dramas the network saw an opportunity to focus on female creatives behind these stories, like Reiss on “Becoming Elizabeth” or Emma Frost, showrunner of “The White Queen.” While Hoffman couldn’t speak to specific demographics, factoring in the success of Starz’s “Outlander,” it stands to reason that women consuming these shows is also a key reason to continue releasing these series.

For others looking at shows like these, there’s a blending of the educational and the entertaining. This isn’t to say these shows are “edutainment,” which Hoffman said is not at all what they look for with these series. But for academics, or those who research history, the Tudors remain constant on television for the salaciousness and inherent entertainment value they provide. “The Tudors are so fascinating to people because it is a bit of a real drama because what King married six times?” said author and historian Phillipa Vincent-Connolly. 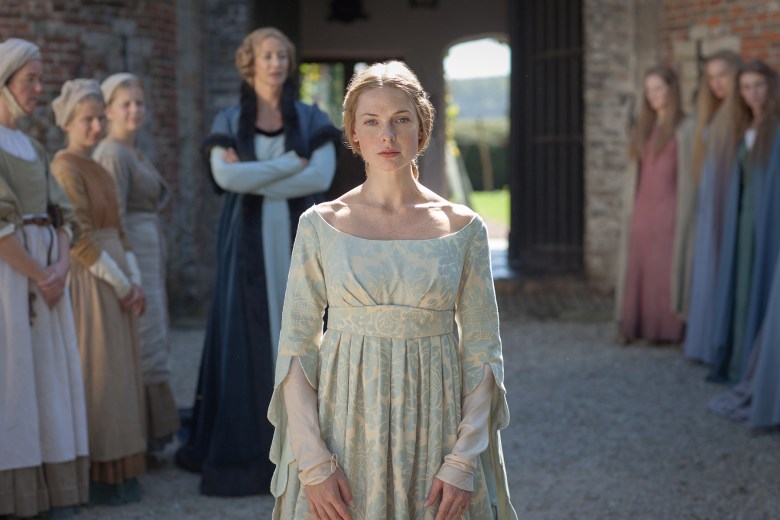 Because of the nature of history, most often written by the men, for Vincent-Connolly, there’s an ability for subsequent generations to build on pre-established content and change it for the decade they live in. Thus, Anne Boleyn may have started out as a manipulator in earlier features, but eventually became a feminist rebel-rouser played by Natalie Dormer in “The Tudors.” The same can be said for Queen Elizabeth, whom audiences see as a teen in “Becoming Elizabeth,” but has often been portrayed in films and television as a staunch ruler who struggled between being a queen and being a woman (to paraphrase Bette Davis’ performance in 1939’s “The Private Lives of Elizabeth and Essex).

“People are so familiar with the broad strokes of it,” said Ann Foster, creator and host of the historical podcast “Vulgar History.” So even if people don’t know what Queen Elizabeth I actually did, the plotline and connection to the Tudors is often enough to get audiences’ interested. But Foster explained that people tend to forget now the specific historical beats that have allowed the Tudors to become mythologized in our popular culture.

“It started because the Elizabethan era and Henry VIII, to an extent, were the first time that England emerged as an international superpower,” she said. Even when Elizbeth I was still alive, William Shakespeare was writing plays about her and enhancing the belief that she was “Gloriana,” a representative of a glorious time in history. It’s trickled down to other rules, such as Queen Victoria, who many compared to Queen Elizabeth I as colonialism started to take hold.

There’s also a continued air of relatability to the Tudors, familial and romantic drama aside. The abundance of women in power in the family — six wives alone — have opened the door for many readings that connect them to ignored, marginalized, and perceived difficult women of today. Even now, audiences can identify with the women of the Tudor era in the new, Tony-nominated Broadway musical, “Six.” 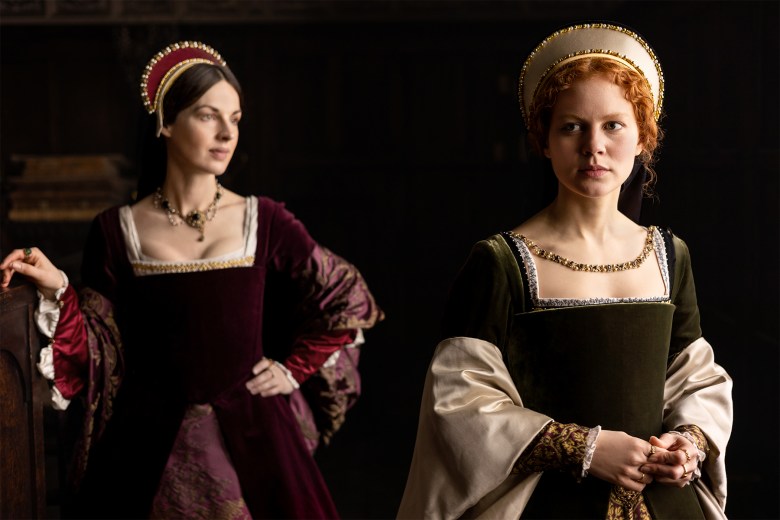 Foster said, based on who responds to episodes of her podcast focused on the Tudors, the majority tends to be white women, between the ages of 18-50, predominately in the United States. The age range is certainly beneficial to networks looking for something with wide-arching appeal but the emphasis on whiteness continues to be an issue when English royals are involved. It’s not necessarily a leap to watch something like “The Tudors,” with its all-white cast and see just one of many reasons why the British press falls into racist headlines around Meghan Markle. It could be a key reason why works like “Becoming Elizabeth,” or Jodie Turner-Smith’s most recent performance as Anne Boleyn for the BBC, have been focused on colorblind casting.

In the case of Reiss’ show, the character of Pedro (Ekow Quartey) was based on a real person who lived during the Tudor times, but the showrunner didn’t want to necessarily focus on race. “It was never meant to be diversity, it’s a story,” Reiss said. “He’s an interesting, complex character in himself.” But it’s another way to set oneself apart from the pack and be relevant to the times. “Broadcasters and producers will always take a different spin on the same story to fit into our politically correct world as everybody sees it now,” said Vincent-Connolly.

Does this mean we’ll see the same handful of characters presented on-screen forever? “I don’t think we go in with the intention of franchising,” said Hoffman when asked whether the idea of a Tudor multiverse with spin-offs and sequels is a possibility. The story has to be paramount and when it comes to historical characters not all are as fascinating as the Tudors. “If you think about Queen Victoria, her story is not that interesting,” Foster said. “She married a man, and they were in love, and they had a lot of children.”

The Tudors, though, have such a fraught history with numerous players that, as Foster explained, Starz could easily continue branching out to the likes of Mary, Queen of Scots (originally planned to be the wife of Henry VIII’s son, Edward) and thus explore the Stuarts who would inherit the throne after Elizabeth I. With the British royal family continuing to dominate headlines skirting the line between fairy tales and the cold realities of colonialism, these characters from the past will likely seem newly relevant for quite some time.