With the quarantine hotels set to come into play from Monday, BBC Breakfast’s Naga Munchetty and Charlie Stayt were keen to learn more from safeguarding minister Victoria Atkins. However, it was clear from the get-go that Munchetty wasn’t taking any prisoners in the interview as she firmly demanded answers, repeatedly interrupting and cutting off Atkins.

And the manner of the chat left several BBC Breakfast viewers making their opinions on it known, with some branding it a “car crash”.

Stayt explained during the introduction of the chat: “Hotel quarantine has been in place in some countries, you’ll know this, like Australia for almost a year and now the system is due to be operating in the UK from Monday, more details now emerging of how it will work.”

Munchetty then continued: “There are some differences to the Australian system. Here, travellers will be allowed outside for fresh air or to smoke if they’re accompanied by security.

“And we’ve gone with surgical masks rather than higher respiratory ones.” 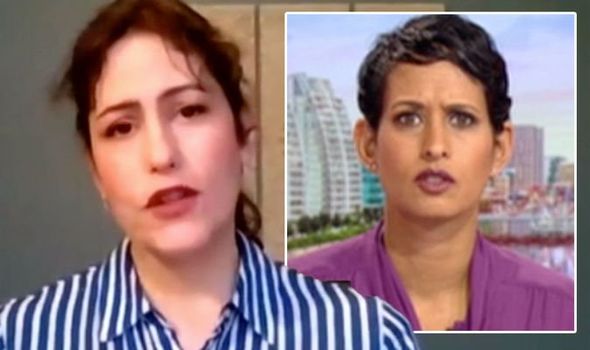 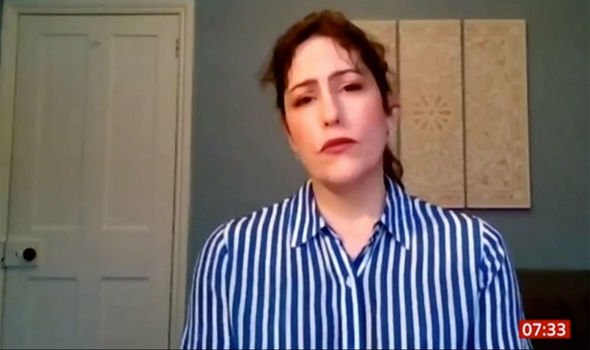 Munchetty then introduced Atkins to the discussion and quizzed the Home Office minister on why we weren’t following in Australia’s “gold standards”.

“We have some of the most stringent border controls in the world and as of Monday with the introduction of the red list, these measures will be even stronger.”

Munchetty sarcastically responded: “Is the virus not as strong over here as it is in Australia?” 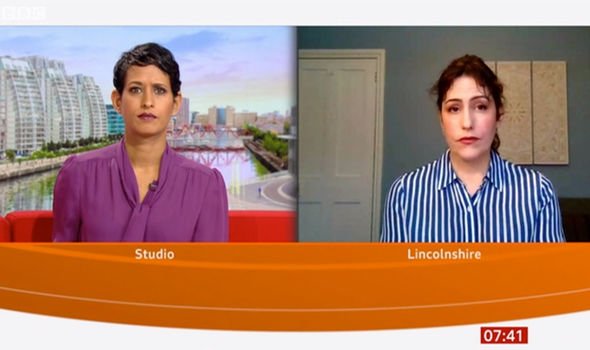 Atkins continued to explain: “We have to look at our own measures in our own country, let’s not forget we’ve had measures imposed at the border as necessary.”

As Atkins veered the conversation towards holidays and how travelling abroad remains illegal and border control, Naga was quick to interrupt.

“I think the focus has shifted,” Naga interjected as she tried to probe Atkins on hotel quarantines specifically.

The rest of the chat followed a similar pattern, with Munchetty repeatedly taking issue with Atkins’ responses and cutting her off.

Weighing with their thoughts on the row, one fan said on Twitter: “What an absolute car crash of an interview on #BBCBreakfast by the government minister Victoria Atkins,

“She failed to answer a single question & just regurgitated information already know. What’s the point of her appearance @ConHome if she can’t answer any questions? #bbcnews.”

A third commented: “@BBCBreakfast Naga Munchetty being rude again to ministers and asking questions that were never going to get an answer.

“Fed up with BBC Breakfast interviewing techniques. Time they all learned to ask questions that can be answered.”

While a fourth also took aim at Atkins: “She doesn’t try to respond – I would have terminated the interview, it was pointless. #bbcbreakfast.”

And a fifth echoed the previous comments: “Poor @TVNaga01 Naga desperately trying to get actual answers out of this woman on @BBCBreakfast about the #COVID19 Quarantine & travel restrictions.

“Like banging your head against a brick wall talking to politicians at the moment innit?!” (sic)

BBC Breakfast continues daily at 6am on BBC One.