Louise Minchin, 51, and her BBC Breakfast co-star Dan Walker, 43, were on hand to host another weekday edition of the BBC news show. With the country still in the midst of battling coronavirus, the programme focussed heavily on the latest developments with the outbreak. For this reason, they welcomed Labour Party leader Sir Keir Starmer, 57, and Health Secretary Matt Hancock, 41, onto the show. However, those watching at home weren’t too pleased with the interviewing style the opposition seemed to get, despite the journalist grilling the politician on a whole matter of issues.

Starmer was the second politician to appear on the programme today, with Walker interviewing Hancock earlier on in the show.

Minchin asked the leader of the opposition similar questions as Walker did with the Health Secretary, exploring all avenues from testing to when schools would reopen as the Government prepares to unveil their lockdown exit plan.

The presenter also quizzed the politician on the coronavirus app which is being tested on the Isle of Wight from today and helps to identify those who have symptoms of COVID-19.

But BBC viewers didn’t seem happy with how the journalist approached the line of questioning, however, stating the Labour leader was given “an easy ride”. 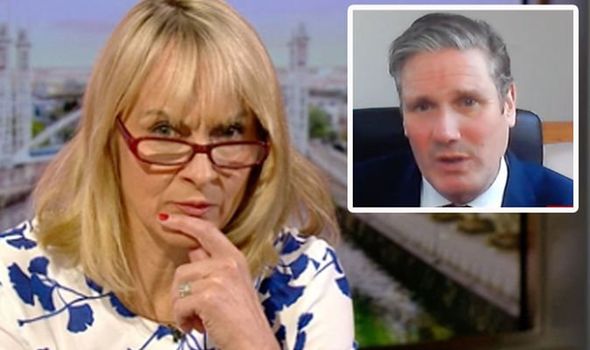 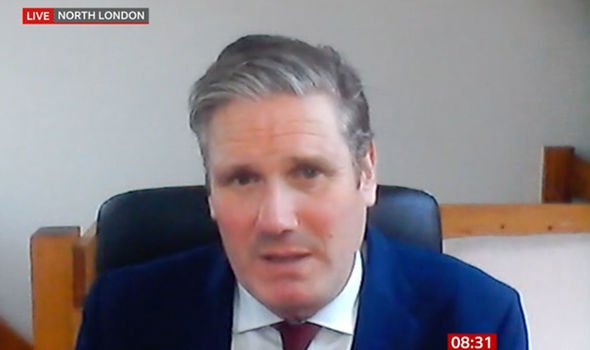 Taking to Twitter, one posted: “Can someone please tell #BBCBreakfast and presenter #louiseminchin that #KeirStarmer is not the #PM. We do not care what he thinks or his 7 principles! He is in fact the opposition #BorisJohnson is the #PeoplesPrimeMinister #biased #MSM.”

Another added on the social media platform: “Starmer getting the same easy ride as Hancock. What happened to journalists questioning politicians #bbcbreakfast #gmb.”

Whilst a third also pulled up Walker for his approach when speaking with the Health Secretary earlier in the show.

“@mrdanwalker going for another gotcha style interview with @MattHancock on @BBCBreakfast. Poor form again from the #bbc #BBCBreakfast,” they posted. 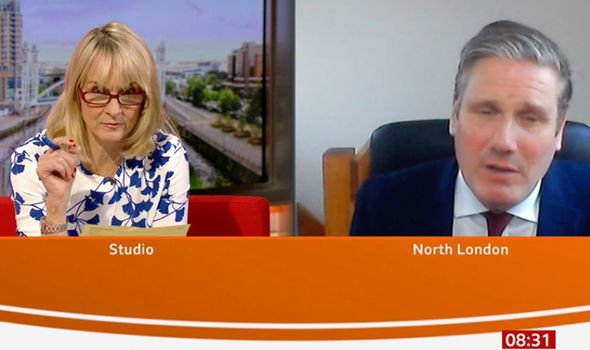 Starmer getting the same easy ride as Hancock

During the interview, the Labour leader was asked his opinion on when the nationwide lockdown should begin to ease.

Speaking with Minchin, Starmer said: “The number of tests needs to go up. The Prime Minister six or seven weeks ago now said he wanted 250,000 tests a day.

“We need to ramp up. We sort of hit the 100,000 [target] with a bit of help from postage, but I’ve been worried the number of tests has dropped again now.

“If we’re to do test and trace, it’s got to go up again,” he explained.

“So, are you putting pressure on the Government with regard to those tests, then? What are you doing?” Minchin interjected.

Starmer replied: “We’re challenging them on it. That’s one of the principles I set out today to build consensus.

“We’ve been challenging the Government for weeks and weeks now to drive that number up. They need to go up again if this is going to work.

“Without test and trace, I’m personally not sure how we can get out of lockdown. So this is not just a nice to have an additional thing, it’s at least one of the main planks of any strategy to exit lockdown.”

Again, those watching at home were not too impressed with the leader of the opposition’s answers to Minchin’s questions.

One posted on Twitter: “#BBCBreakfast typical Labour talk a lot but don’t know what they want,” as another added: “#BBCBreakfast why won’t the opposition actually do something rather than challenge or comment?”

Whereas others were quite compelled by his answers as a third commented: “Kier Starmer actually answering questions on #BBCBreakfast – very refreshing!”

“@louiseminchin nice to see an interview with a politician who gives an honest, true, constructive interview, and not some pre-scripted waffled answers. I am a fan of @Keir_Starmer, he speaks sense #BBCBreakfast,” a fourth opined.

BBC Breakfast airs weekdays at 6am on BBC One.