TCA 2019: All six Brady kids took to the stage to talk HGTV’s ‘A Very Brady Renovation’ 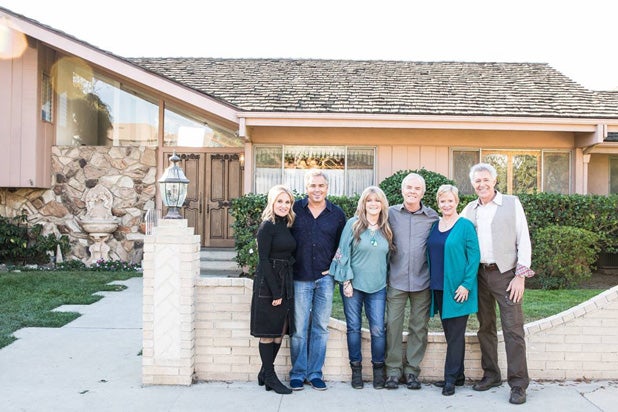 All six former child actors from “The Brady Bunch” were on hand Thursday at the Television Critics Association summer press tour to talk about their new HGTV show, “A Very Brady Renovation.”

“They paid way to much for this house,” Barry Williams, who played Greg on “The Brady Bunch,” joked.

But the truth was, the actors never actually filmed a single scene in the famous Brady house — it was only used in establishing shots of the exterior, while the rest of the show was filmed on a set miles away.

But that doesn’t mean they didn’t have fond memories of the set, which the actors, with the help of HGTV, were able to recreate inside the Studio City house — and film it all for “A Very Brady Renovation.” They added 2,000 square feet to its original footprint-all without compromising its recognizable street view. The house was replicated to include the floating staircase, the orange-and-green kitchen, Greg’s attic and the kids’ Jack-n-Jill bathroom.

It all coincides nicely with the show’s 50th anniversary, which is coming up on September 26.

When asked if they ever took something home from set as a memento while filming the original series, Olsen replied, “We were good kids, we didn’t steal anything.”

But McCormick admitted that she once took something from set one day — though she swears she had permission.

“I did steal something one time, but it was from a Christmas episode. It was when we were doing ‘A Very Brady Christmas.’ There was this wooden Santa Claus, I thought, ‘Oh, I want to have a piece of ‘A Very Brady Christmas’ at my house when I decorate. But I did ask the prop guys if I could take it, and they said yeah, just take it.”

Lookinland explained that props were serious business on the set of “The Brady Bunch.”

“We weren’t allowed to play with the toys, the set dressings. There was a baseball bat and gloves, and if you were to pick them up, they’d say ‘Put those back,’” he said. “We’d actually dress the set with some of our own stuff a little, some artwork, stuff on the walls, and we never saw any of that again.”

Knight chimed in: “Perhaps if we’d known 50 years ago that it would be something we’d still be talking about 50 years later, we would have been more enterprising.”

“A Very Brady Renovation” premieres September 9 at 9/8c on HGTV.