BAKE Off's Prue Leith was left on crutches after a freak accident during a Wizard of Oz skit.

The Channel 4 baking show returned to our screens on Tuesday, and opened with Prue, fellow judge Paul Hollywood and hosts Sandi Toksvig and Noel Fielding dressed as characters from the classic movie. 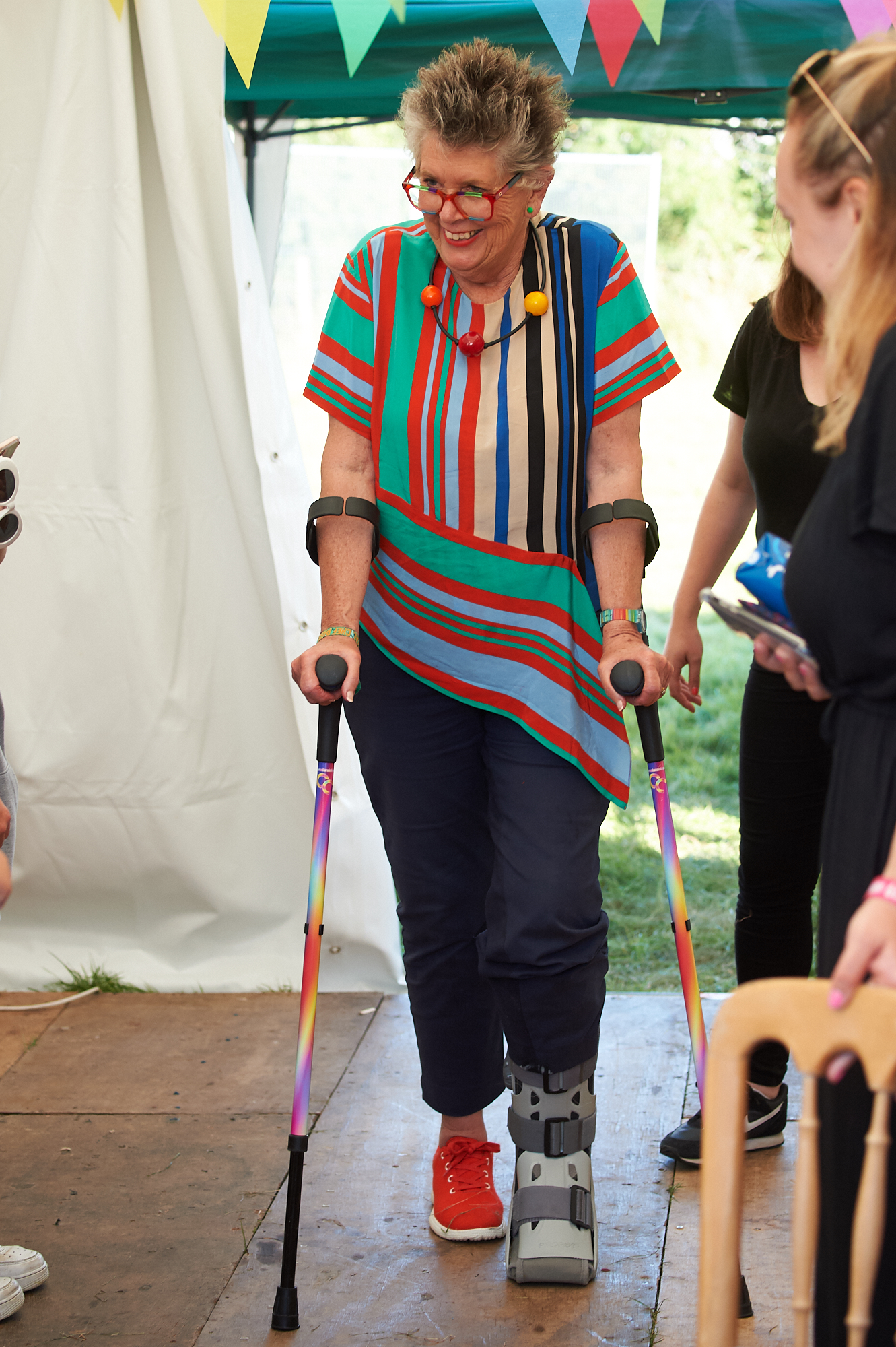 While Noel, 46, played Dorothy and Paul was the Tin Man, Sandi took on the role of the scarecrow and Prue, 79, was the Cowardly Lion.

However the humorous sequence left her on crutches after she snapped her Achilles tendon.

Explaining what happened, Prue wrote in the Spectator: "I leap out on to the yellow brick road, roaring – I feel a hammer blow to my ankle, and end up whimpering like the Cowardly Lion I'm portraying.

"I have snapped my Achilles tendon. Danny the medic, who has had nothing more exciting than bakers' cut fingers to deal with for three years, finally gets to use his ambulance, wheelchair and considerable skills." 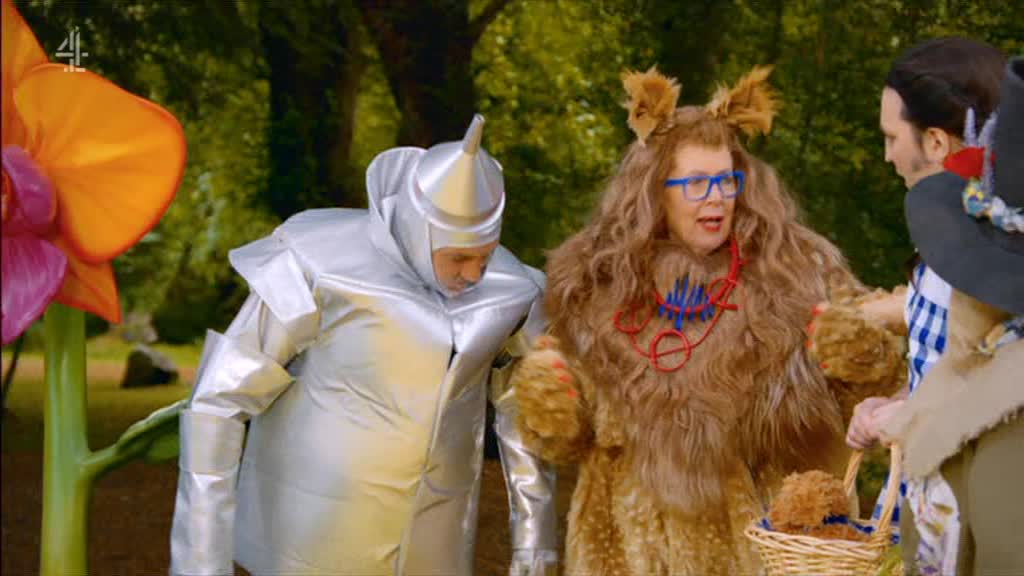 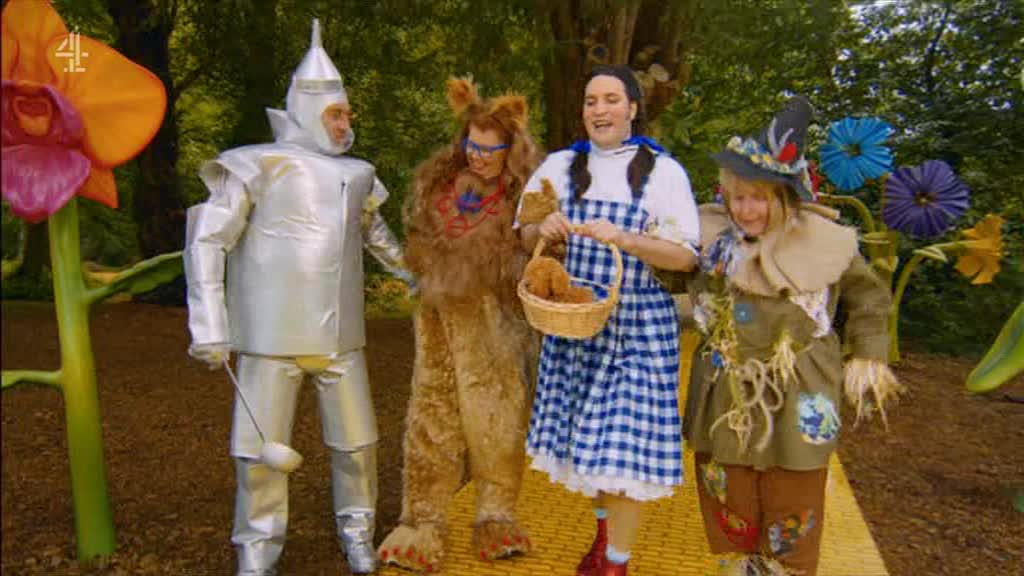 After sitting for an hour with her leg in an ice bucket, Prue the pro donned her furry lion costume once more and finished the scene, holding on to Paul, 53, and Noel for support.

Prue was pictured on crutches last week at The Big Feastival in Oxfordshire, making sure her colourful sticks matched her bright, striped top.

Meanwhile, Dan Chambers was the first amateur baker to leave the show.

Bearded baker Dan failed to impress the judges with his pirate showstopper and served his first and last piece of cake on tonight's premiere episode. 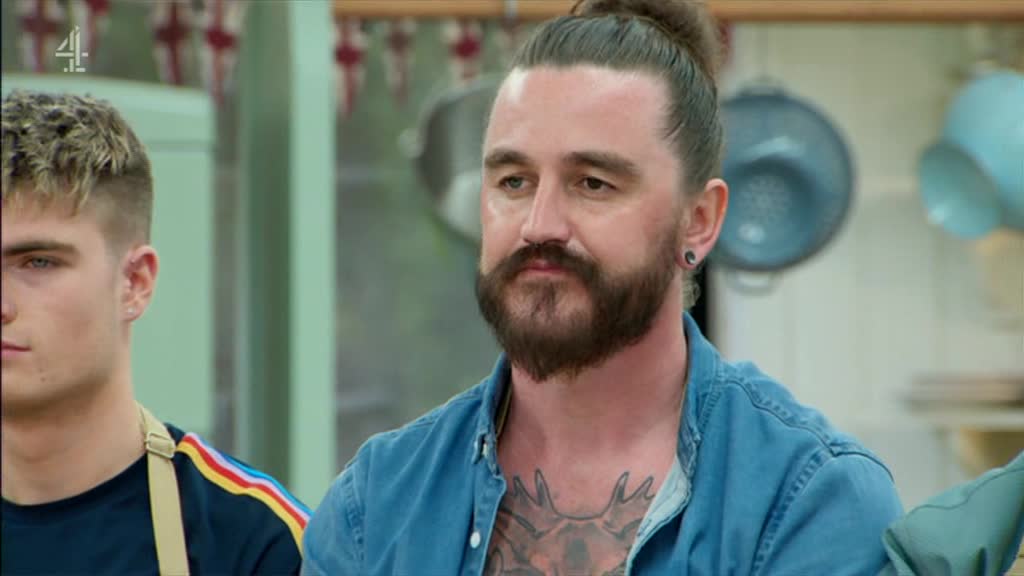 Sandi had the job of telling Dan that he would be leaving the tent.

He took it well and said: "I had a bad week, but I will definitely take away the friendships.  I am not going to miss the baking under pressure – I’m just going to miss everyone in that tent."

Paul said:  "He is a great baker Dan, but unfortunately it all boiled down to his signature bake, and that was the cause of him going."